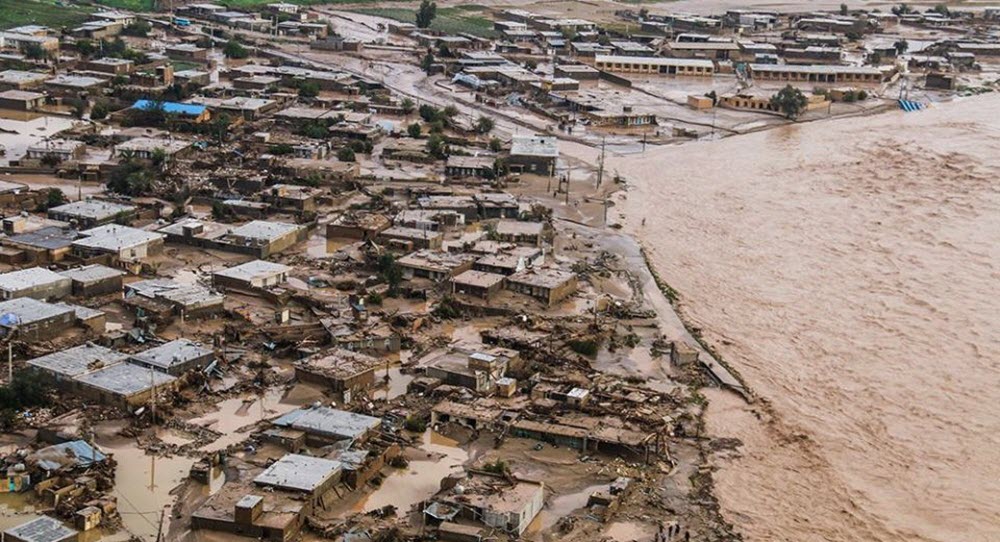 The horrific floods that have plagued Iran for the past month, and the Regime’s lacklustre response to them, have only increased the growing hatred of the Regime by the Iranian people, mostly because the disaster has mainly affected the poorer, more rural communities that make up the mullahs’ base.

The disparate factions of the Regime have blamed each other for the crisis, fearing a popular uprising, but this has done nothing to help the Iranian people.

Abbas Abdi, a member of the faction supporting President Hassan Rouhani, has said that the protests are the result of “accumulated demands” by the population, which is in essence correct. For over a year now, the vast majority of the Iranian people have been demanding that the mullahs be removed from power.

He also warned that it was important to help the flood victims because in terms of regime change, “there is no better opportunity than flood or similar events” and it could lead to the people preferring “a neutral foreign judge over a national one”.

Ebtekar newspaper, which is also affiliated with the Rouhani faction, noted that the Regime’s official media was experiencing “public distrust”. Although not stated in the piece, this is likely because of the Regime’s fake news campaign and attempts to silence facts.

The paper wrote: “Considering the current approach, there is no hope that the people will trust the official media again.”

In a later piece, the paper called the Regime’s management of the floods ineffective.

It wrote: “When the crisis happens, we become like a tangled web and worsen the crisis with our actions! This was evident in the fight between the Islamic Revolutionary Guards Corps and the president! Our decisions in these situations are mainly based on impetuosity, delinquency, and miscalculations.”

It even rightly blamed the IRGC for contributing to the floods, citing the group’s “non-standard dam construction”, increased “number of water boreholes”, the establishment of farming areas and changing of crops, as all playing a role.

Arman newspaper, which is affiliated with Supreme Leader Ali Khamenei, said that to deal with this, Khamenei should remove ineffective officials “without political and factional inhibition and without regards for nepotism, prosecution, indictment, and punishment”, but this does beg the question of who exactly would be left.

While state-run website Shoaresal warned both factions that “this increasing distrust will have horrible consequences in the future… We shouldn’t contribute to the distrust and sadness of the tolerant and peaceful citizens of Lorestan more than what is already there with our inefficiency”.