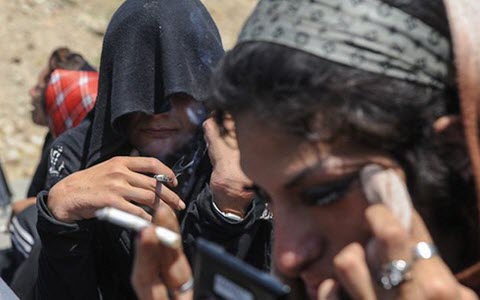 NCRI – The number of drug addicts in Iran has more than doubled in six years, with opium being the country’s most popular narcotic, local media reported Sunday.

Drug Control Organization spokesman Parviz Afshar said on Saturday regarding the number of drug addicts in Iran, “Studies of the country’s population between the ages of 15 to 65 has shown there are 2,808,000 drug addicts in Iran.” (State-run IRNA news agency – June 24, 2017)

The next day, however, Saeed Safatian, head of an anti-drugs working group in the Expediency Council said to this very news agency, “The number of 2,808,000 drug addicts announced recently is not correct and another 20 or 30% should be added to this number.”

Considering the 4.8 million population increase from 2011 to 2016, this regime official then reached a conclusion these numbers increased by 100% and said, “Nearly 10 million people are in some way addicted to drugs.”

Regime officials have even said the drug addiction age in Iran has reached 12. On the other hand Hamid Sarami, an advisor to the Drug Control Organization said, “The rate of women becoming drug addicts has doubled.”

Presenting conflicting numbers of drug addicts by regime officials is only intended to cloak the role of regime officials in vast distributing drugs as the lead returns to Khamenei and the Revolutionary Guards, as the revenue is used for terrorism and fundamentalism.

Al Arabiya issued a report on Monday citing WikiLeaks saying Iran, with the help of the Revolutionary Guards, is the largest drug smuggler in the world.

“This regime is continuing its efforts to widely distribute drugs to Arabic countries. IRGC commanders are involved in drug smuggling, based on published telegrams. A classified telegram dating 12 June 2009 sent from the US Embassy in Baku shows the volume of heroine sent from Iran to Azerbaijan increased from 20 kgs in 2006 to 59,000 kilograms in the first months of 2009 alone.

Inside the country the IRGC is the main ringleaders of drug distributing networks, especially those providing drugs to college and high school students.

“While the price of all goods have increased across the country, the price of ‘glass’ has decreased significantly,” said Iranian MP Rasoul Khezri, after acknowledging there are 10 million drug addicts in Iran.