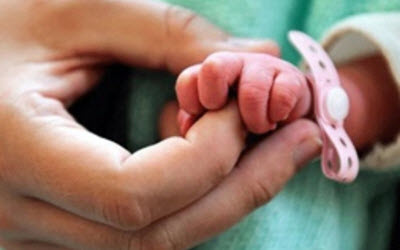 According to the newspaper, Ali Akbar Sayyari has added that “nearly 15000 infants die each year in Iran, meaning that for each 1000 live births, 10 Iranian infants lose their lives.”

On the causes of infant mortality, Arman has quoted the head of Iran’s Internal Diseases Specialists Association as saying that “a significant part of the infant mortality takes place in country’s deprived areas and villages as health centers are rarely found in such areas and most deliveries are conducted by local midwives.”

In recent years the usage of meat and dairy products has greatly reduced in the food basket of the Iranian people being replaced with fat, explained the head of the agricultural commission, he said: “Based on researches 10 per cent of children under the age of 5 are facing lightweight, and in villages percentage is higher.”

“Anemia from lack of iron is higher among girls between the ages of 15 to 19 than women of ages 20 to 45. This shows of an improper nutrition among the new generation.”

Around 2 per cent of the people suffer from digestive cancer. One third of this figure is related to the fertilizers and poisons remaining in the food product and 50 per cent of it comes from places with the most usage of chemical fertilizers.

This government official said: “The soil in South Tehran is contaminated with heavy metals causing great contamination in production with lettuce, mint and scallion containing the most lead.”