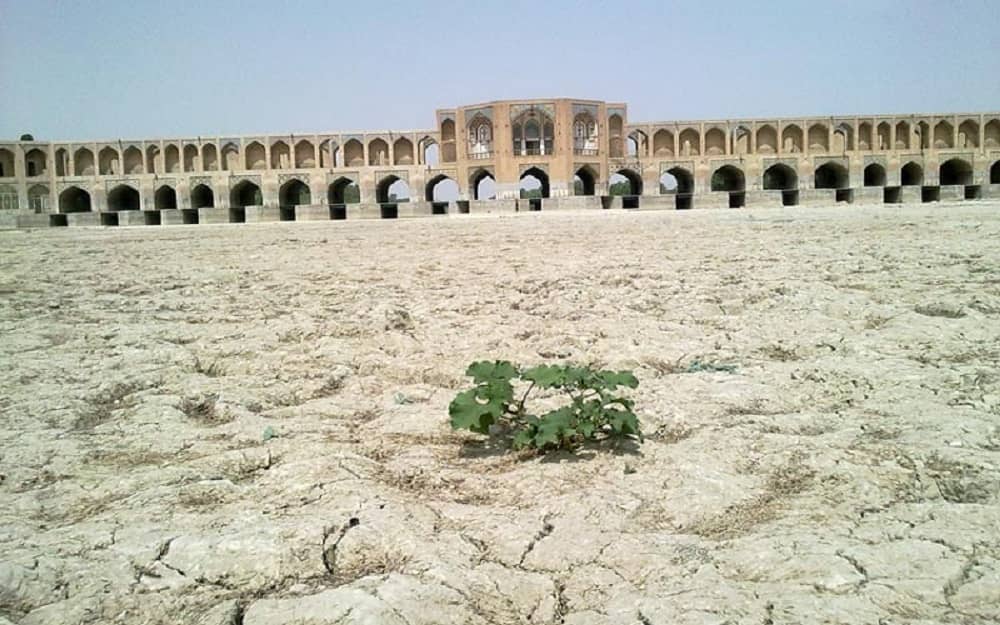 In recent days there have been several protests by Iranian farmers in various cities. In Ardabil province, residents of Naqdi Olya village blocked the road from Meshkinshahr to Ardabil at the intersection of Naqdi village for the second time in a month on Thursday. They are protesting the drinking water shortage.

In recent days, the regime officials and state-run media have acknowledged part of Iran’s water crisis and the real cause, which is the regime and its policies.

“Iran is currently facing ‘water bankruptcy.’ We even face water shortages in Gilan and Mazandaran provinces [northern Iran near the Caspian Sea]. If this situation persists, the country’s civilizations would be jeopardized,” said Isa Kalantari, head of the Environmental Protection Organization, on June 7.

Kalantari acknowledged that the regime has “wronged the water.” “70% of the country’s population has less than 700 cubic meters of renewable water. Hence we are in the stage of water bankruptcy. Not only will we lose our water resources, but we will also face the phenomenon of salinization and soil erosion,” he added, according to the semi-official ISNA News agency.

In an article on June 8, the state-run Setare-e Sobh daily acknowledged how the regime’s policies had caused Iran’s water crisis.

“The country is facing water shortages, the main root of which has been the poor management of officials in this field. In recent years, our programs have not been scientific and based on a rational approach. Before the revolution, there were about thirteen dams in Iran; but now, there are more than six hundred and fifty dams in the country. The situation is such that we have built a dam in the country every two weeks,” Setar-e Sobh wrote.

These dams were constructed by the Revolutionary Guards (IRGC) for military purposes.

According to Setar-e Sobh, “The construction of many dams dried the country’s water resources. The water flowing in the river evaporates naturally. When this water is placed behind the dam walls, the evaporation increases. The amount of water consumed in the country is about one hundred and twenty billion cubic meters. This is while a quarter of this figure, 30 billion cubic meters, will eventually evaporate.”

“When there is no water in the dam, the turbine of the country’s dams does not function, creating an environmental challenge. In some provinces of the country, such as Khuzestan, people face water shortages and electricity outages. The lack of water and power outages in different cities of the country has been due to mismanagement. Lack of management has dried up the country,” Setar-e Sobh adds.

The National Council of Resistance of Iran (NCRI), in a recent report, shed light on Iran’s water crisis.

As it was articulated in the NCRI report, “There are several solutions to Iran’s water crisis. The first and simplest method is developing Iran’s agricultural system. Converting Iranian agriculture to mechanized agriculture with a drip irrigation system and the pressurized system saves water. An immediate halt of constructing dams and digging wells would also resolve Iran’s water crisis. “

But these solutions are unachievable when the regime is in power, with all its corrupted institutions, such as the IRGC, which plunder the national resources to fund terrorism and oppression.

This is why the Iranian people have been yearning for regime change for many years, which is the only solution to Iran’s crises.

Previous articleIran News in Brief – June 13, 2021
Next articleIran’s Torture Mastermind Set to Become the Next President