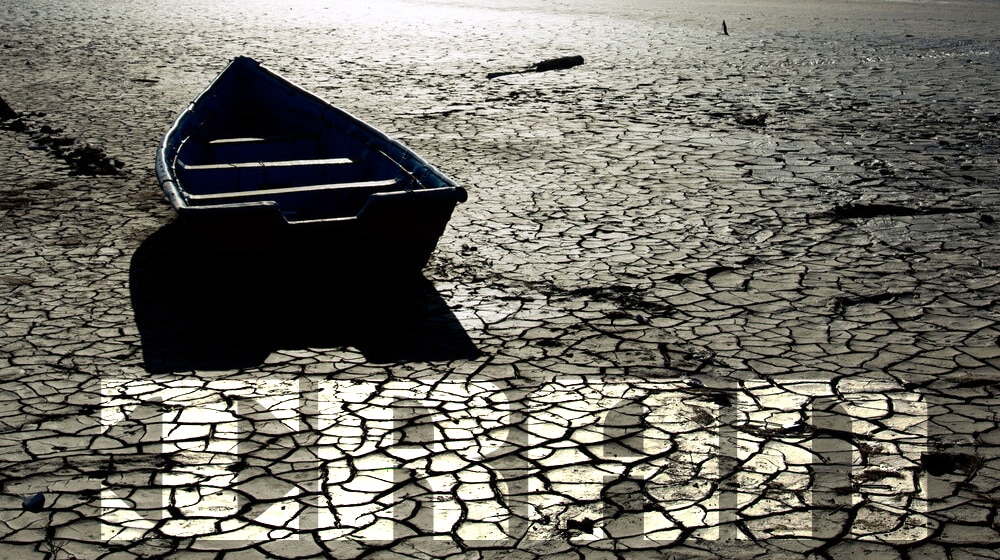 In recent days, Iran’s state-run media, officials, and even western media outlets and experts have been warning about Iran’s catastrophic water crisis. Meanwhile, the Iranian regime has not taken any action.

In fact, an in-depth look at the crisis shows the regime is behind it.

“This crisis becomes more serious when, according to the statistics of Water and Wastewater Engineering Company, 210 cities face difficulties to access water supplies. Of these, 100 cities are in a red situation in terms of drinking water supply,” Arman daily acknowledged.

According to Arman, the southern Iranian province of Bushehr, “which has been experiencing temperatures of more than 40 degrees Celsius in recent days, has been facing frequent water outages for three weeks, so many people experience thirst.”

“Since May, citizens of Bushehr did not have water for three consecutive days on many occasions. Locals have been protesting this situation on social media, which has begun since mid-February,” Arman’s article reads.

But, the water crisis is not limited to Bushehr. According to Arman daily, Mojtaba Shojaie, Governor of Delgan in the south of Sistan and Baluchestan, spoke of a father and son who have lost their lives due to water shortage.

“The body of a 28-year-old father and his seven-year-old son was discovered in the hot deserts of Jazmourian near the village of Demitan in the Chah Hashem Plain, where they had lost their lives due to heat,” Shojaie said according to Arman daily.

“Our priority must be water. The reality of the water crisis is even more deplorable than what officials are talking about,” said Isa Kalantari, head of the Environment Organization, according to the state-run IMNA News Agency on Monday.

“Our big problem is the water crisis. Many of our provinces no longer have natural water, and tankers must take drinking water to these areas,” Kalantari asserted.

On June 1, the state-run Entekhab website acknowledged that “With the increase in rainfall in 2019, some experts believed that the long drought period in Iran is ending. But, with the significant decrease in rainfall this year, the threat of drought has become more serious. Many scientific studies show that drought and low rainfall affect crop yields.”

“In 2021, Iran will face a 52 percent decrease in rainfall, a 40 percent shortage of water reserves in dams supplying drinking water, and an alarming water situation in 250 cities of the country. At the same time, there is no inactive capacity to use water resources, and sometimes up to 80% of water resources are exploited,” Arman daily acknowledged on Monday.

There are many speculations as to why Iran is experiencing such a water crisis. But the main reason is the regime’s plundering policies.

“Annually, 20 billion cubic meters of natural resources and groundwater are extracted, and water resources are plundered. With this trend, there will be no trace of agriculture around Zagros Mountain for another 20 years because water resources have been looted,”  Kalantari told the official IRNA News Agency on May 17.

According to the regime’s experts, if Iran’s water crisis persists, Iran’s southern and eastern provinces will be completely inhabitable and deserted. In other words, nearly 50 million Iranians should immigrate from their country.

“Locals of 40-50% of villages in Sistan and Baluchestan are immigrating due to drought, and these villages are becoming uninhabited. Land subsidence in Iran is 140 times the critical situation in the world. The increase in water disputes in different parts of the country is due to the lack of water sounds the alarm, but no one hears it,” wrote the state-run Aftab-e Yazd daily on June 2.

In Iran, at least 70% of water is used for agriculture, 22% for industry, and 8% for drinking and sanitation.

Due to the regime’s negligence and refusal to develop Iran’s agriculture, Iranian farms are still irrigating their farms in inappropriate and old methods. As a result, more than 80% of the water resources consumed in the agricultural sector are lost, and this amount of water is between 54 and 55 billion cubic meters per year.

In addition, one of the main reasons for Iran’s water crisis is the construction of unscientific dams by the Revolutionary Guards (IRGC) and its front companies. The IRGC uses these dams for military purposes. Before the 1979 revolution, there were only 30 dams across Iran. But now, according to the regime’s officials’ statistics, 1330 dams are in various stages of operation, implementation, and study.

This uncontrolled exploit of groundwater has increased the salinity of water and soil, thereby endangering food security.

“Food security is one of the most important components of human security. Food insecurity destroys the self-esteem of a nation, as the main pillar of national development and independence, and makes collective actions very costly by disrupting the accumulation of social capital,” state-run Entekhab daily wrote on June 1 in this regard. Another danger of digging uncontrolled wells is widespread land subsidence.

Another factor that amplifies Iran’s water crisis is the water consumption of large factories and conglomerates, which belong to either the IRGC or other suppressive organizations of the regime.

According to Isfahan Water and Wastewater Department, Mobarakeh Steel Factory, which is the largest steel plant in Iran, consumes 27 million cubic meters of water and nearly 6% of the total water of Isfahan Province. This factory belongs to the Basij militia. Another example is the construction of a petrochemical plant in Khomein, where there are no oil wells that need a petrochemical plant. This is when Khomeini is close to the desert, and the petrochemical industry requires a lot of water. Meanwhile, locals in Khomein struggle to obtain drinking water.

What is the solution?

There are several solutions to Iran’s water crisis. The first and simplest method is developing Iran’s agricultural system. Converting Iranian agriculture to mechanized agriculture with a drip irrigation system and the pressurized system saves a lot of water. An immediate halt of constructing dams and digging wells would also resolve Iran’s water crisis.

In Iran’s neighboring countries, there is not even a seasonal river or lake. The water of cities such as Dubai, located in a desert, is supplied by the Persian Gulf.

But, these solutions in Iran are achievable if only a popular and democratic government rules the country. The mullahs’ regime has been plundering national wealth and resources to acquire nuclear weapons, proliferate weapons of mass destruction, and fund terrorism in the region. In addition, the regime’s corrupt officials embezzle billions of dollars, leaving nothing for people and the country.

This is why Iranians are yearning for regime change, and there have been at least three major uprisings in recent years, and people chant in their daily protests that “our enemy is right here, they lie it is the U.S.”