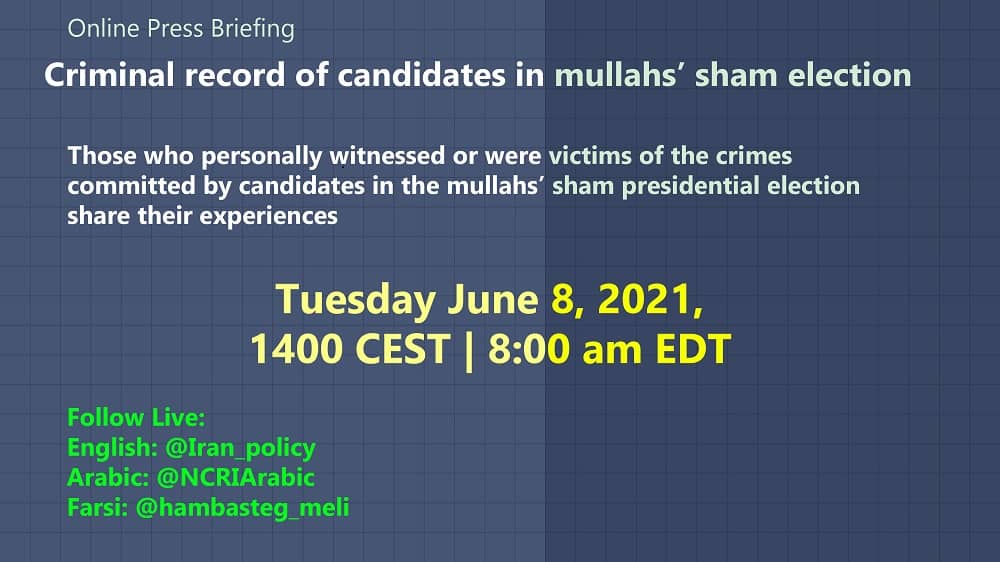 Iranians Turn Out on the Streets on Tuesday

While the regime’s officials at any rank are struggling to persuade the people to vote on June 18th, Iranians are making their voices heard elsewhere; on the streets. According to reports, teachers in many cities like Tabriz, Rafsanjan, Kerman, as well as cities in provinces like Kurdistan, Khuzestan, Kermanshah, and Tehran rallied and protested on Tuesday.

#IranProtests
Khuzestan—preschool educators in Izeh rallied in front of the Provincial Governorate protesting officials' refusal to recruit them formally. pic.twitter.com/zvHclAMByo

Also, farmers in Ahvaz, bus drivers, defrauded cryptocurrency owners and workers of drug rehabilitation centers in Tehran, as well as employees of Persian Gulf Holding in Mahshahr, joined their fellow countrymen and women in protest against the corrupt regime holding to power in Iran.

Jun 8- Tehran, #Iran
Workers and owners of drug rehab clinics and associations gathered outside the Food and Drug Org. to protest a new announcement by the Org. that only allows for the distribution of rehab drugs in pharmacies and not rehab clinics. #IranProtests pic.twitter.com/T4WXkR8iWV 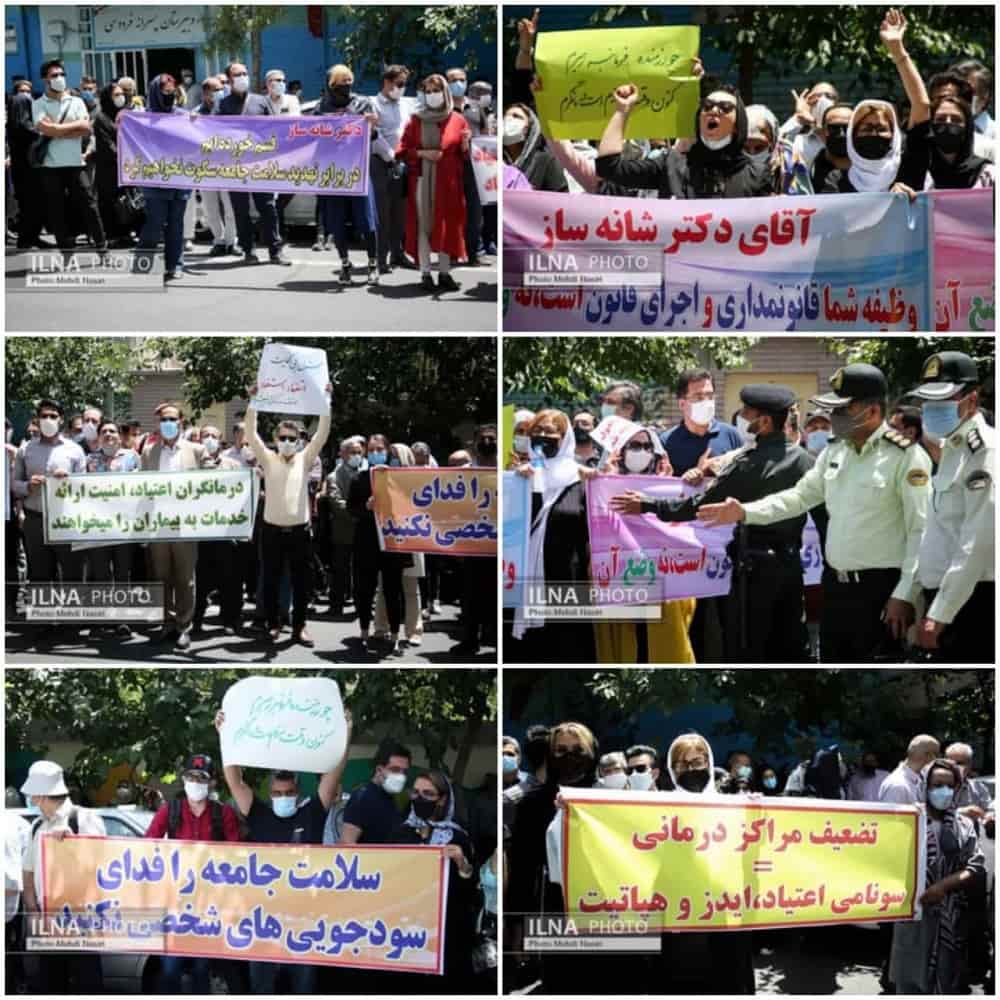 Jun 8- Khuzestan, SW #Iran
Rice farmers gathered today outside the Ahvaz Governor's Office to demand the right to farm. Farming is their only source of income. #IranProtests pic.twitter.com/hWUWBQD9jY

Iran: The Staggering Number of Coronavirus Deaths Is More Than 307,300 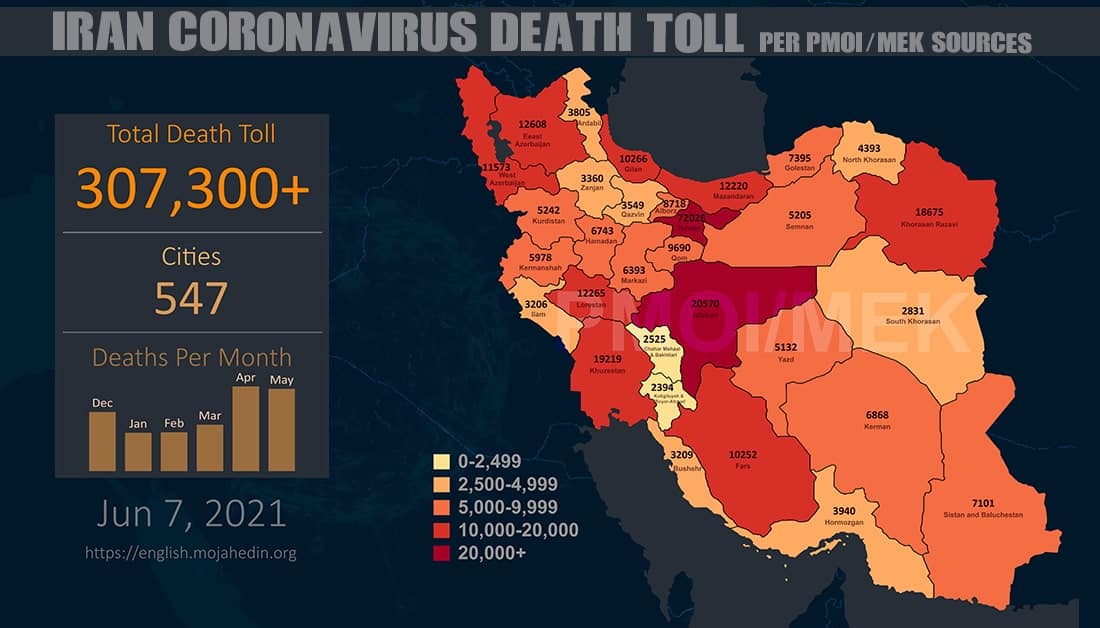 More than 307,300 people have died of the novel #coronavirus in 547 cities checkered across all of Iran's 31 provinces, according to the Iranian opposition PMOI/MEK. 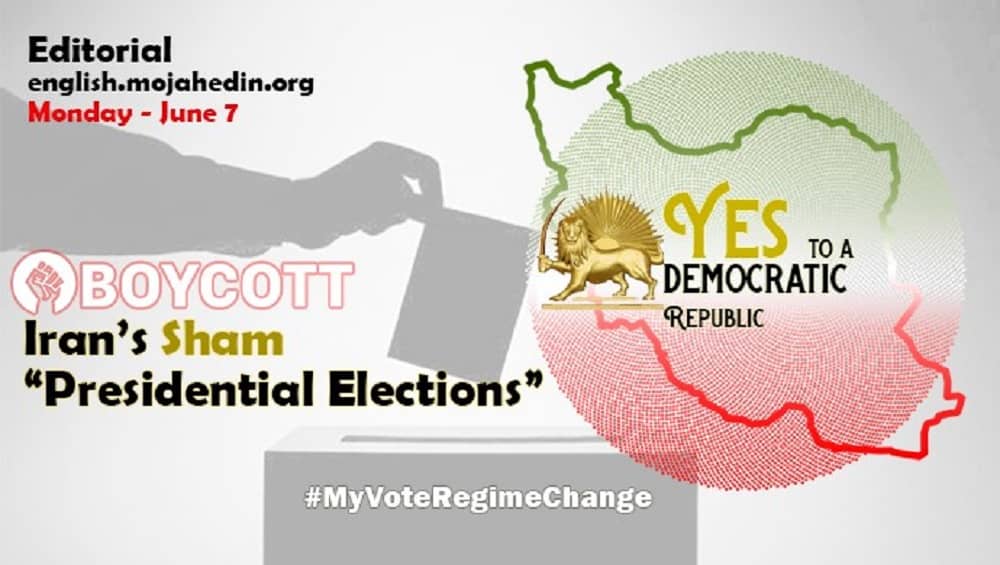 Elections have no meaning in a country like Iran, which is ruled by a dictatorship that gunned down and murdered 1,500 people in the streets during the November 2019 protests alone. And this religious dictatorship’s attempts at democracy and fair elections turn out to become a ridiculous masquerade. Regime supreme leader Ali Khamenei cannot and will not allow anyone to “democratically participate” and run in the elections. The candidates are filtered to have only loyalists to the supreme leader approved by the Guardian Council. All the while, Khamenei desperately needs a high voter turnout to claim legitimacy. 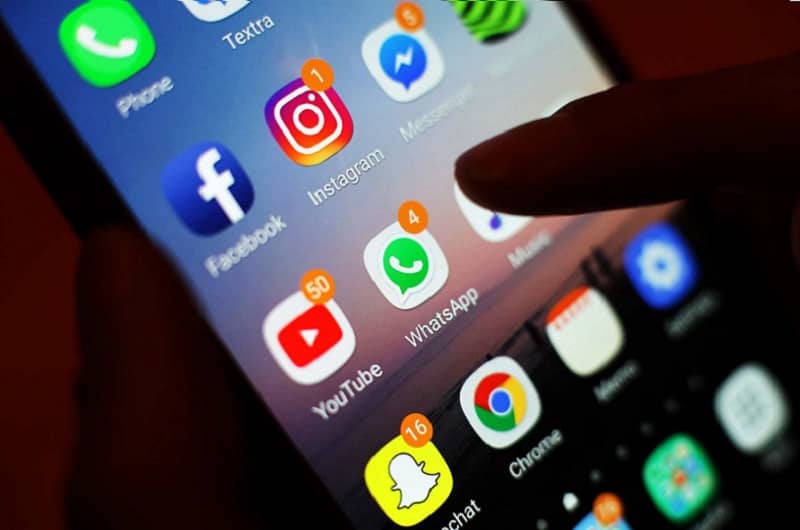 In an interview with the IRGC-affiliated Tasnim News Agency, Iranian MP Reza Taghipour shed light on a new bill in the parliament that would ban foreign messengers if passed. The June 6 interview was later removed from Tasnim. Reza Taghipour, who is the Head of Cyberspace in the election campaign of presidential candidate Ebrahim Raisi, said the bill had been signed by 170 MPs and would be checked by the Cultural Commission before public examination in the Parliament. 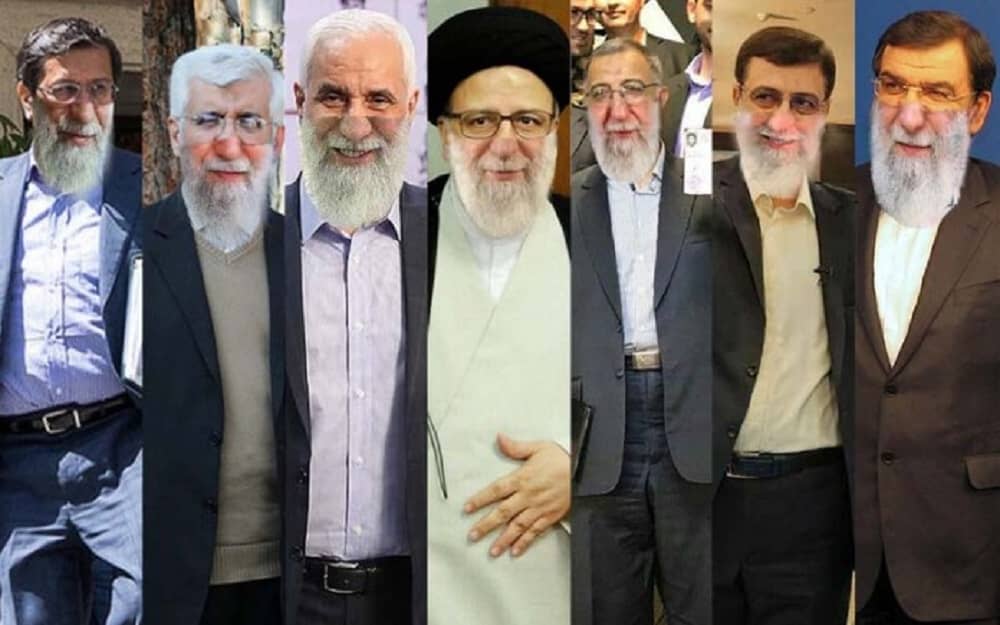 Handpicked candidates for the June 18 Presidential election in Iran have begun their campaigns and advertisements while most of them are less known for citizens. They have seemingly counted on people’s carelessness, making some promises that profoundly differ from their records. Indeed, they are probably betting on a dead horse, particularly due to social media and the progress of technology in recent years. In other words, not only do people not ignore their hollow claims but also their rivals and state media eagerly highlight the distinction between their words and performances. 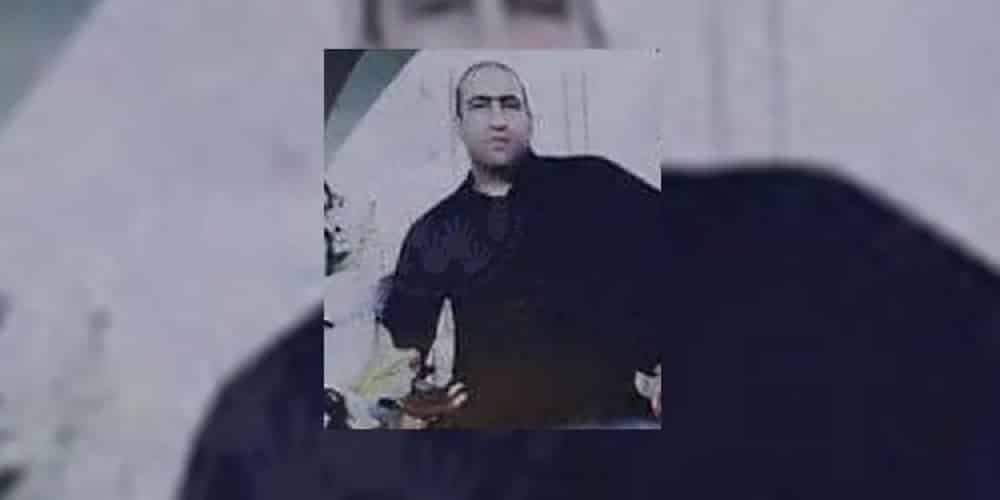 An Iranian Kurd was killed by police forces on June 2 in Karaj, near Tehran. According to the Hengaw Organization, the man was identified as 35-year-old Kourosh Heidari. An informed source said the police suspected Kourosh of carrying drugs and opened fire on him without a warning. Sam Heidari, Kourosh’s brother, had a heart attack and passed away upon seeing Kourosh’s corpse the next day.