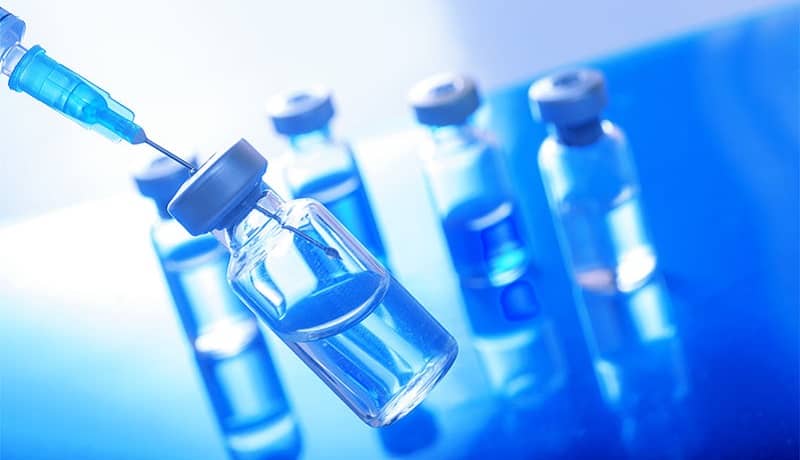 Unlike other nations, Iran’s people are not receiving the Covid-19 vaccine, despite the high death toll.

Tehran blames United States sanctions for its delay in purchasing vaccines. While inside Iran, the regime speaks of producing a “domestic vaccine.”

So, what is the real problem? A glance at state-run media elucidates the matter.

“Unlike other countries, lined up to purchase vaccines, Iran has taken another decision. In previous weeks, [authorities] made contradictory remarks about problems blocking the pathway of purchasing vaccines. Including, ‘lack of sufficient foreign exchange resources,’ ‘lack of the possibility of currency transfer,’ ‘sanctions,’ ‘lack of possibility of proper transportation,’ etc.,” wrote state-run Mardom Salari daily on Wednesday.

“Although the Iranian authorities, from the Governor of the Central Bank to government officials and the President and the Ministry of Health, had already assured people of purchasing a final and effective vaccine from any country; they seemingly changed their opinion leaning towards the fact that the country does not need foreign vaccines,” Mardom Salari added.

“The authorities’ approach has made the people doubt their determination to eradicate the coronavirus. Because the officials have forgotten all their sayings about getting the vaccine and have now turned to political perceptions of this issue, they intend to achieve other goals by blaming sanctions,” Mardom Salari’s article continued.

The Revolutionary Guards (IRGC) controls Iran’s pharmacology industry. The hollow promises of producing the so-called “national vaccine,” is another pathway for the IRGC to plunder the nation, to fund its terrorist activities.

“The country’s officials, especially in the Ministry of Health, have intensified their maneuvers on the Iranian vaccine, while according to health experts, the clinical trials of this vaccine have not yet been completed, and even the human testing phase is in a state of ambiguity,” Mardom Salari wrote in this regard. This process will at least take six months.

“Despite Moderna vaccine production and its easier access and procuring conditions, the authorities insist people should await a vaccine, which will arrive in the winter, and be used in spring,” wrote state-run Hamdeli daily on December 23.

“The six-month promise by health officials comes as time passes quickly and Covid-19 kills 200 Iranians a day and sends 200 families into mourning.”

Reports tallied by the Iranian Resistance as of Wednesday indicate that over 190,000 people have so far died of the novel coronavirus.

The regime used the Covid-19 outbreak and its high mortality rate, which is a result of the authorities’ inaction.

Covid-19 was the regime’s savior after its foundations were rattled after the major Iran protests in 2019, and the regime was facing a restive society. The high mortality rate of this virus acted as a barrier to another uprising. The regime intends to continue this strategy by playing with the issue of vaccination.

“Many believe that not buying a vaccine or even procrastinating in buying it in a situation where 200 people die a day will remain in history as an unforgivable act,” Hamdeli warned the regime’s officials.

Hamdeli then acknowledged sanctions are not preventing the regime from purchasing the Covid-19 vaccine. “Undoubtedly, the price of the vaccine for the Iranian economy is not an extraordinary amount that it cannot provide. Especially when we compare the vaccine’s price with the billion-dollar budget of some institutions whose performance and impact on society is in a state of ambiguity. Thus, we conclude that the Iranian economy can cover the amount needed to buy the vaccine.”

Now the question, as Mardom Salari asked, is: “when the vaccine can be delivered to the people six months earlier to control the disease faster, why do officials prefer to produce the Iranian vaccine?”

The regime tries to profit from people’s pain. In other words, since the regime could profit from producing the so-called domestic vaccine, it is ready to have more people killed.
But the state-run run Setareh Sobh wrote on Wednesday, “The bitterness of the delay in buying the vaccine will not be erased from the nation’s memory. Not buying the vaccine, even in a situation where we lose about two hundred people daily, is the pain in people’s hearts.”

On Tuesday, the state-run Sharq warned the regime that people are “fed up and have lost patience.” “Even a day of delay in vaccination can have serious consequences for our society,” Sharq warned officials.

Previous articleWhat To Make of the Infighting Within Iran’s Theocracy
Next articleMaryam Rajavi: Jesus Christ, the Harbinger of Justice and the Eternal Beacon of Hope for the Salvation of Humanity

An Iranian regime agent, Kaveh Lotfolah Afrasiabi, posing as an independent political scientist was arrested on Monday at his home in Massachusetts USA on...
Read more
Iran Human Rights

Earlier this month, Iran’s regime Supreme Leader Ali Khamenei announced that coronavirus vaccines would not be permitted to be imported from the US or...
Read more
Iran Human Rights

Iranians, supporters of the People’s Mojahedin Organization of Iran (PMOI or MEK), rallied in front of Sweden’s parliament on Friday, calling for justice for...
Read more