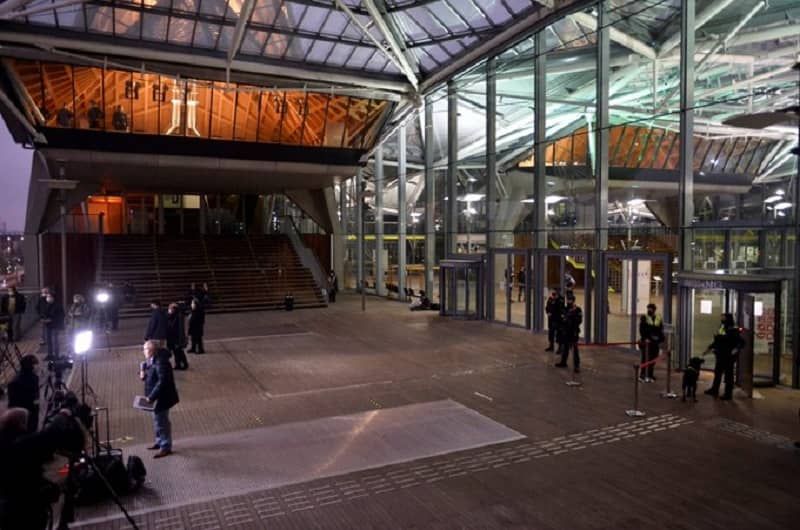 Although the mastermind of a 2018 Iranian terror plot has declined to appeal the 20-year sentence handed down by a Belgian court earlier this year, his three co-conspirators are presently attempting to have their 15 to 18-year sentences reduced or overturned. Their prospects appear dim, considering that their handler has tacitly acknowledged guilt while European authorities presented clear evidence that two of the co-conspirators received a bomb from and were arrested en route to rendezvous with an operative who had already infiltrated the target venue.

That venue was located just outside of Paris, where the National Council of Resistance of Iran had organized its annual Free Iran rally and conference. The bomb consisted of 500 grams of the high-explosive TATP, which experts testified would have killed hundreds of participants in reality. The ensuing chaos would have likely raised the death toll even further, especially considering that the crowd size on June 30, 2018, was over 100,000 people.

The vast majority of those attendees were Iranian expatriates and ethnic Iranians who had traveled to Paris from throughout the world to show support for the cause of regime change and democratic governance in their homeland. But hundreds of attendees were lawmakers, policy experts, scholars of foreign affairs and international law, and other high-profile dignitaries from throughout the world. Considering that the main target of the bomb plot was the keynote speaker and the NCRI’s President-elect, Mrs. Maryam Rajavi, there is little question that the event’s VIP section would have accounted for a major portion of the casualties.

During the trial of Assadi, Belgian prosecutors plainly declared that the terror plot originated at the highest levels of the Iranian regime. And even before that, the NCRI had publicly attributed the planning to Iran’s Supreme National Security Council, thus implicating a number of leading officials including the regime’s then-President Hassan Rouhani, a so-called moderate.

While European leaders kept their faith in the “moderate” administration of Rouhani, the regime’s knowledge of the operation should never have been in doubt, considering that the mastermind, Assadollah Assadi, was a high-ranking diplomat and traveled back and forth between Tehran and Vienna at the time the plot was taking shape.

Assadi even went so far as to personally transport the explosives into Europe on a commercial flight, using his diplomatic pouch to evade security screenings. He then hand-delivered the bomb along with instructions to Amir Saadouni and Nasimeh Naami, an Iranian-Belgian couple who were recruited years earlier. The explosives passed through at least three European countries before being confiscated at the French border and detonated by Belgian police. Despite standing outside of a secure perimeter, one officer was slightly injured by the blast, a testament to the power of the device that the couple acquired in Luxembourg before driving across Belgium.

There is no dispute about their culpability for those actions, so there appears to be no basis for an appeal of their sentences. On the contrary, there is ample basis for European authorities to investigate this case even further and to pursue broader accountability, including accountability at the highest levels of the Iranian regime.

The initial trial of Assadollah Assadi already established that his network extended far beyond the three participants in this particular terror plot. When he was arrested in Germany while trying to flee back to the safety of the Iranian embassy in Vienna, Assadi’s vehicle was found to contain a trove of documents detailing his travels across the European continent and his interactions with assets in at least 11 countries. Nearly 300 meeting locations were recorded in a notebook, accompanied by receipts for cash payments that suggest the ongoing provision of services to the Iranian regime’s Ministry of Intelligence and Security.

By all accounts, the beneficiaries of those payments remain free on European territory, and may even still be active under a new handler. Even if they are not, there is simply no reason to assume that Assadi’s network was unique, much less than the prosecution of three operatives were sufficient to deter the Iranian regime from activating other sleeper cells. In the wake of the current appeal, the international community must therefore make it clear that the matter is not settled and that serious measures are still forthcoming with regard to the Iranian terror threat.

At a minimum, those measures should consist of far-reaching, multilateral sanctions on Iranian officials known to have been involved in past terror plots and human rights abuses. Ideally, they will also include efforts to arrest those officials when they travel abroad, or to prosecute them in absentia. Whatever course of actions Western leaders choose, they must understand that silence and inaction only embolden Iran’s clerical regime to accelerate all the malign activities that it relies upon as part of its strategy for clinging to power.