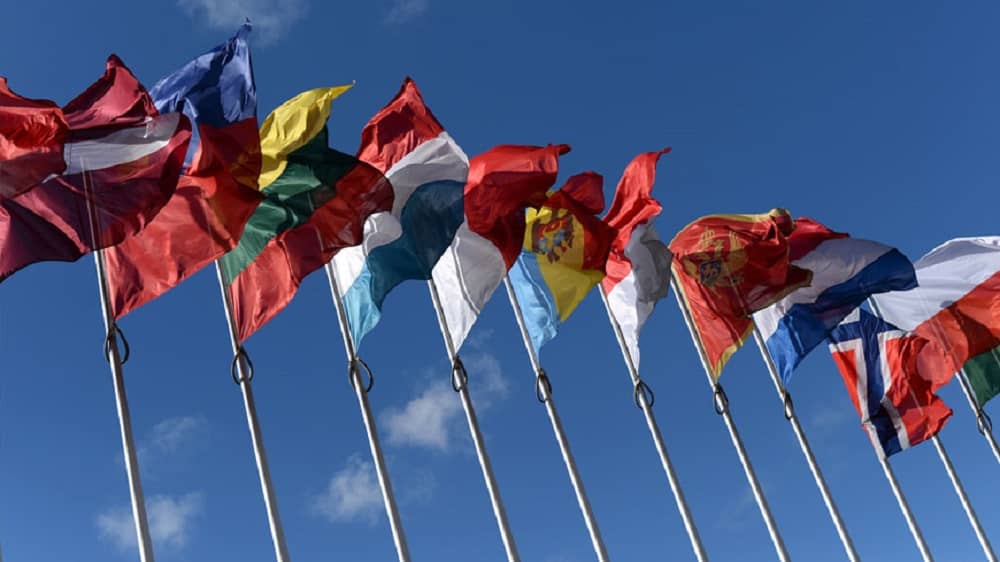 On Wednesday, a group of 21 former government ministers representing 16 different European nations issued a declaration criticizing the Belgian government’s plan to release a convicted Iranian terrorist as part of a prisoner swap with the clerical regime.

Brussels and Tehran negotiated a treaty in March for the “Transfer of Sentenced Persons,” which was approved by the Belgian parliament in July and by the regime’s parliament in August. That approval process was somewhat fraught, with the Belgian opposition party raising strong objections which anticipated the content of Wednesday’s declaration.

The treaty was negotiated with the explicit intention of being applied to the case of Assadollah Assadi. That regime’s diplomat-terrorist was arrested in July 2018, in the immediate aftermath of a failed attempt to bomb a rally that had been organized just outside Paris by the National Council of Resistance of Iran.

The event was attended by tens of thousands of Iranian expatriates, as well as hundreds of international dignitaries, including some of the signers of Wednesday’s declaration. Assadi’s trial and the underlying investigation established that the 500 grams of TATP he had smuggled into Europe from Iran would have been sufficient to kill hundreds of those attendees in the initial blast, with the death toll potentially rising into the thousands from an ensuing stampede in the enclosed space.

Such a death toll would have qualified Assadi’s operation as the worst terrorist attack on European soil to date. This presumably contributed to the decision by the judge in his case to impose the maximum sentence of 20 years in prison. In a separate case, three co-conspirators received sentences of between 17 and 18 years, as well as having their Belgian citizenship revoked.

Assadi was also blacklisted as a terrorist by the European Union, becoming one of only 20 people of any nationality to earn that distinction. This reflects widespread awareness of his culpability for the Paris terror plot, and also of the fact that he was acting as an agent of the Iranian regime when trying to carry it out. That fact was highlighted in Wednesday’s declaration, to suggest that the Belgian government was at risk of undermining a “common objective of all European countries” by failing to pursue full accountability for an act of state terrorism.

Such terrorism, the ministers said at the outset of their statement, “is a growing threat to our democratic values.” They went on to argue that “sending Assadi back to Iran would make a mockery of the rule of law in Europe and foster further impunity for the Iranian government and its officials who are involved in terrorism and crimes against humanity.”

The declaration highlights the NCRI’s action in filing a complaint with the Brussels Court of Appeal, which resulted in a temporary injunction against any plans to release Assadi in the wake of the new treaty’s implementation. Separately, supporters of the NCRI’s main constituent group, the People’s Mojahedin Organization of Iran, have filed suit against the Iranian regime’s president in a US district court, alleging his involvement in crimes against humanity that killed their loved ones.

Dozens of Belgian & int'l human rights experts, alongside 21 former heads of EU countries send letters to the Belgian PM calling on him not to return #Iran regime's convicted terrorist diplomat who used his diplomatic status to carry out a bombing against Iranian Resistance https://t.co/CTt9sPVXWD

Both legal actions as challenges to the regime’s impunity, which has been strengthened by the inaction of Western nations and the international community following incidents like the 2018 terror plot and the 1988 massacre of political prisoners. That massacre has taken 30,000 lives nationwide, with many of the executions being ordered in Evin and Gohardasht Prisons by the “death commission” on which the current president, Ebrahim Raisi, served.

At the time of Raisi’s presidential appointment in June 2021, the director general of Amnesty International warned that it was a “grim reminder that impunity reigns supreme in Iran.” Tehran’s expectation of such impunity arguably underlies its conduct with respect to the Assadi case. The relevant Iranian-Belgian treaty emerged within weeks of their foreign ministers meeting on the sidelines of the Munich Security Conference, whereupon Hossein Amir-Abdollahian reiterated his regime’s demand for Assadi’s immediate and unconditional release.

The treaty for Transfer of Sentenced Persons does not explicitly grant release in these terms but instead expresses the expectation that its beneficiaries will serve out their sentences in their home countries. However, Article 13 of the treaty states: “Each Party may grant pardon, amnesty or commutation of the sentence in accordance with its Constitution or other laws.” This leaves little doubt that Assadi will be promptly released by the authorities who ordered him to bomb the opposition’s rally.

The signers of Wednesday’s statement urged Belgian authorities not to lose sign of that severity, but to “make it absolutely clear that the treaty will not apply to terrorists, and certainly not to the terrorist mastermind Assadollah Assadi.”

It is generally understood that if Assadi is released, it will be in exchange for a Belgian aid worker who was taken hostage earlier this year, or for any of the more than a dozen European nationals who are currently being held by the Iranian regime on false or questionable charges.

Wednesday’s declaration plainly acknowledged the challenges concerning these detainees, even noting that “Iranian media have plainly stated that a number of these individuals will only be freed if Assadi is released.” However, the signers also argued that because “Iranian state terror goes hand-in-hand with hostage diplomacy,” freedom for a major perpetrator of that terrorism would only further incentivize the regime’s hostage-taking as insurance against accountability for future actions of the same category.