German Diplomat Warns: Iran Regime Is Shooting Itself in Foot 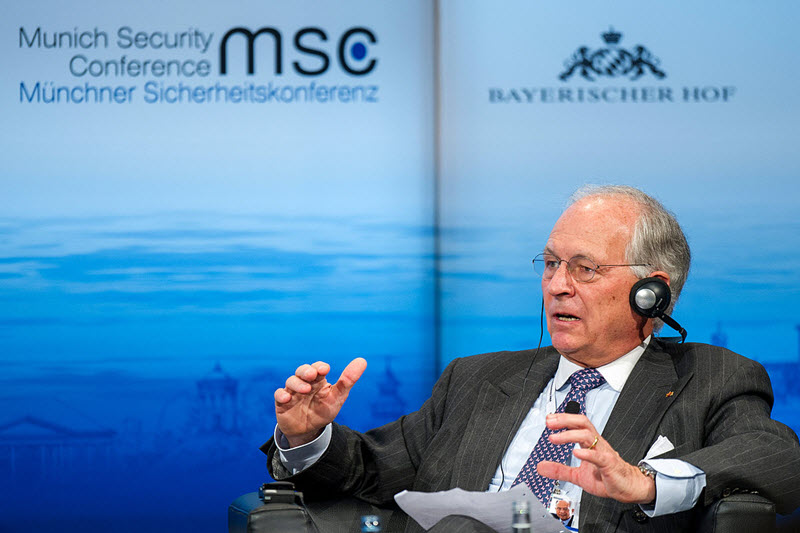 A veteran German diplomat has warned that Iranian regime’s officials are “shooting themselves in the foot” following the arrest of an Afghan-German man on espionage charges.

Wolfgang Ischinger said that Iran regime’s actions in Germany and elsewhere were raising political concerns and could well threaten the 2015 nuclear deal between Iran and five world powers the UK, Russia, France, China, and Germany.Ischinger, a former German ambassador in Washington, said on Thursday: “Iran should be smart enough to realise that is shooting itself in the foot because it is harming the political mood surrounding the Joint Comprehensive Plan of Action (JCPoA).”

Germany, France, and the UK have all remained committed to the 2015 nuclear deal, which lifts sanctions on the Gulf state in exchange for supposed restrictions on its nuclear programme, even though the US pulled out last May and reimposed sanctions; sanctions that Europe has promised to help Iran evade.

The US said that that agreement was “not a fair deal” and that Iran still posed a serious security threat, which seems like a fair assessment more than ever.

While the deal only covers Iran’s nuclear programme and not other malign behaviour, which is one of the reasons that the US pulled out, if Iran keeps up this destabilising behaviour, then Europe, which has already this month imposed sanctions on Iran for terrorism, could well abandon the deal too.

It is believed that Germany has expressed grave concern about this suspected spying case, which involved a member of the German military who was arrested on Tuesday, to a senior Iranian diplomat earlier this week.

A Germany foreign ministry source said: “The foreign ministry addressed the case [unmistakeably] with the manager of the Iranian embassy on January 15 and expressed our grave concern about the suspected intelligence activities.”

Ischinger, chair of the Munich Security Conference, condemned Iran’s actions but does not believe that Iran would curb its spying activities even if there were a formal agreement about it.

Iranian Foreign Minister Javad Zarif will be one of the over 100 heads of state and other senior world leaders attending the Munich Security Conference on February 15-17.

Other attendees include German Chancellor Angela Merkel, French President Emmanual Macron, US Secretary of State Mike Pompeo, Saudi State Minister Adel al-Jubeir, Egyptian President Abdel Fattah al-Sisi, and Russian Foreign Minister Sergei Lavrov, many of whom are concerned about Iran’s malign behaviour in the Middle East and across the world.