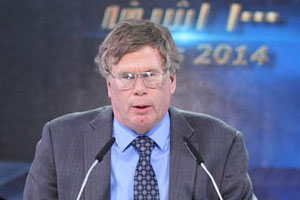 On November 27, 2020, four Iranian terrorist operatives will go on trial in Antwerp, Belgium. Among them is Iran’s regime diplomat-terrorist Assdollah Assadi. The following is the statement of Mr. Wesley Martin, a retired Active Component Colonel, United States Army Military Police.

Memorandum for the Court:

As a participant of “Free Iran 2018” rally outside Paris I could have been one of the casualties had the Iranian Ministry of Intelligence and Security plot succeeded. The use of the very deadly triacetone triperoxide (TATP) in the intended explosive device proves the Iranian government was intent on causing extensive damage.

It was the diligence of police officers in Belgium, backed by German, French, and Austrian law enforcement agencies that prevented the slaughter and have now thoroughly developed the case that is before your court at this time.

As the 2018 Paris rally was attended by scores of thousands of participants, it is obvious hundreds of people would have been killed and maimed had the Iranian attack succeeded. Attendees included current and former senior officials from governments throughout Europe, Asia, Africa, and North America. Just as important, rally participants also included citizens from these same countries, coming to show their support for Iran one day achieving President Franklin Roosevelt’s four freedoms: of speech, of worship, from want, and from fear. This attack was as much against the attendees as it was against those freedoms.

Through my combat service in Iraq, especially having spent most of my time working outside the base perimeter as the senior Antiterrorism Officer, I am used to having people trying to kill me. Last year the U.S. Department of Defense released the numbers related at least 608 American service-members killed in Iraq directly related to the Iran’s Islamic Revolutionary Guards Corps. Had that explosive device succeeded at the 2018 Paris rally, the Iranian government may have finally succeeded in adding me to the list of Americans killed. Although I was not fazed after learning of the failed attack, I know a lot of “Free Iran 2018” participants endured the stress of knowing they had been targeted.

While serving as the Base Commander of Camp Ashraf, Iraq, I worked very closely with the Mujahedin-e Khlaq (MeK), translated to People’s Mujahedin Organization of Iran. In addition to finding the MeK to be very trustworthy, I also found them to be the most lied to and lied about organization in the world. Constantly American and European governments were fed misinformation about the MeK from the Iranian government.

Unfortunately, the biggest believers of this information were U.S. State Department officials under the Presidencies of George W. Bush and Barrack Obama. Many times while serving as the Ashraf Base Commander I conducted unannounced inspections of the MeK facilities based on reports that had come from U.S. State Department. In the years since I have spent a large amount of time dispelling lies and rumors being presented as fact.

For the record I have never been paid for anything I have written, said, or done to in defending the MeK from injustices cast upon them. My first motivation for defending the residents of Camp Ashraf are based upon writing promises made to them by the United States government, specifically the Protected Persons Status under the 4th Geneva Convention. As a warrior, I understand promises made in combat are not to be broken at a later time by the people making the promise. My second motivation is knowing how hard the MeK residents of Ashraf worked to protect the coalition Soldiers and Marines assigned to the base I commanded. Many American and Bulgarian service-members returned home to their families because of the support received from the MeK while we were stationed at Ashraf.

I thank you for allowing me the opportunity to present this letter to your court.