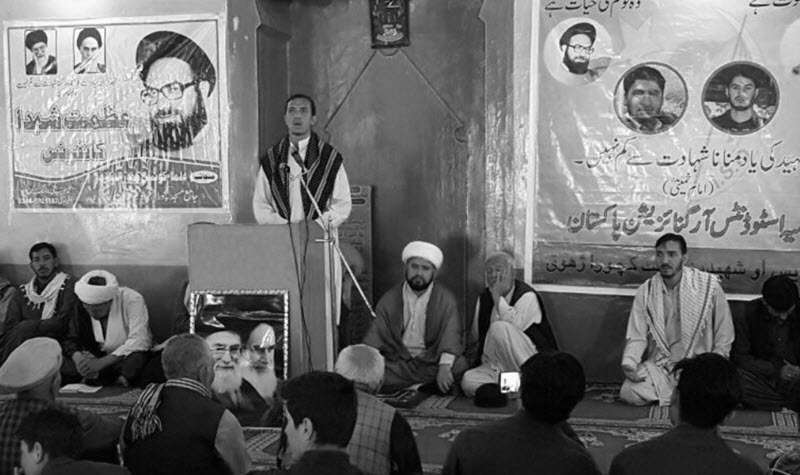 Experts and analysts say that Iran is increasing its involvement with militant and political Shiite groups in Pakistan. They are saying that that this is leading to a shadow proxy war with arch-enemy Saudi Arabia that is getting worse by the day.

The Iranian regime is backing Sindhi and Baluch separatist and rebel groups with funds, training, support, and so on. It is thought that Iran has been financing a number of insurgent outfits in Pakistan with the main goal of destabilising efforts made by the United States in the Middle East.

One such group, the Tahrik-e-Jafaria Pakistan (TJP), has admitted that it has links with the Iranian regime. The vice-president of the TJP, Deedar Ali, denied that the group is violent. He said: “We are alleged to be a militant group, but I refute this statement. We haven’t participated yet in militant activities, though we Shiites have the dominance in GB [The Gilgit Baltistan region in Pakistan].”

The TJP has been recognised by the government of Pakistan as a terrorist organisation. Experts say that the TJP group is working towards a society that is based on what is described as “pure Islam”. The vice-president of the group stated that the TJP has “close links to Iran and a mutual aim under a shared ideology to stand united under the current longtime supreme leader of Iran, Ali Khamenei, who is the ultimate power for us. His words stand no less than a decree for us”.

Iran’s role in the region has been detrimental to a number of nations including Syria, Iraq and Yemen. The United States recognises that Iran is the number one state sponsor of terrorism and is aware that its Islamic Revolutionary Guard Corps (IRGC) and its elite Quds Force are charged with destabilising the region. Currently President Donald Trump is focusing on Iran’s presence in Afghanistan, but intelligence officials are warning that its presence in Pakistan also requires urgent attention.

Iran has recruited thousands of Shiites from both Afghanistan and Pakistan to fight for Syrian President Bashar al Assad’s forces in the war-torn country. Iran provides the fighters with regular payments and has promised them employment in Iran when the war is over. The regime uses these fighters to boost its presence and influence in the region.

There are concerns that the situation in Pakistan is going to get worse with more violence. A war involving Iran and Saudi Arabia will be more than Pakistan will be able to cope with.
At the beginning of the year, Trump accused Pakistan of failing to act against terrorist sanctuaries. $2 billion of military aid to Pakistan was cut and it was announced last week that a further $300 million is to be suspended.

Iran regime’s interference across the region is impeding conflict resolution. It is prolonging the conflicts and destroying the lives of the civilians getting caught in the crosshairs. Regime change is the only solution because the regime’s survival is based on exporting the crisis.