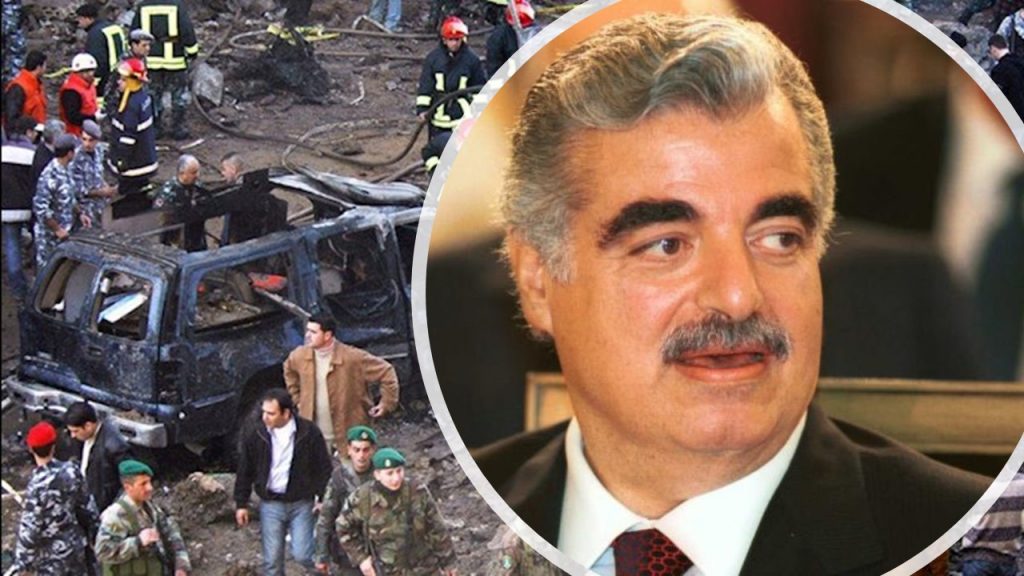 The Assassination of Rafic Hariri Was Ordered by Khamenei, Plotted by Qassem Soleimani, and Carried Out by the #Lebanese Branch of the #IRGC
Ten years ago, Khamenei said this court would be a sham, and its verdict would be rejected #terrorism #Iranhttps://t.co/C9V2q6cY3r

The National Council of Resistance of Iran (NCRI) in a statement following the United Nations special court for Lebanon ruling wrote: “It is abundantly clear that the assassination of former Lebanese Prime Minister Rafic Hariri was ordered by Khamenei himself, planned by Qassem Soleimani, and was part of the mullahs’ broader plan to dominate Lebanon completely.”

The UN special court for Lebanon found a member of the Hezbollah terrorist organization, which was founded and supported by the Iranian regime, guilty in the assassination of Rafic Hariri.  Salim Ayyash, one of Hezbollah’s top officials, was accused of organizing and carrying out the attack.

The Iranian regime used all its diplomatic, economic, and terrorist leverages to hinder the process of this court and its investigations, as well as covering up the undeniable evidence of its involvement in this crime. The regime hid the suspects of this massacre and refused to hand them over to the court for investigations. In addition, during a meeting with the Emir of Qatar on November 22, 2010, the Iranian regime’s Supreme Leader Ali Khamenei threatened the court. He said: “This court is a setup court, and any ruling it issues would be rejected. We hope that those in Lebanon who are influential and effective, act with wisdom so that the issue would not turn into a problem.”

Beirut Blast and its consequence for the Iranian regime

The world was shocked when a massive explosion happened last week in Beirut’s port. Soon after, major protests erupted in Beirut, with angry protestors attacking governmental buildings and chanting “revolution.” Protesters in their slogans targeted corrupt politicians and particularly Hezbollah terrorist organization. These protests led to the resignation of the government and its Prime Minister, Hassan Diab, who was supported by Hezbollah.  These protests are in continuation of people’s protests in Lebanon within the last 10 months. These protests started in October due to extreme poverty, a failing economy, and corruption. Now the explosion in Beirut has increased people’s desire to achieve freedom and remove those putting obstacles on this path, most importantly Hezbollah.

These protests have terrified the regime. Keyhan daily, known as Khamenei’s mouthpiece, in its editorial on August 10 while blaming the U.S. and France for the protests in Lebanon, labeling them as “terrorism” and describing the Iranian regime’s terrorist proxy groups as a “Resistance Movement,” wrote:  “There is a key strategic point in dealing with the stubborn enemies of the resistance front. If they fight face to face, they should be fought back. But if they resort to terrorism and political or economic sabotage, the same method [terrorist plots] should be carried out against their security and economic interests.”

The Iranian regime has been using export of terrorism as its mean of survival and exporting domestic chaos abroad. Terrorism is the innate part of this regime and will never end until its downfall.

Therefore, now after the major protests in Lebanon, the horrific blasts, and the recent court ruling, it is necessary for the world community to expel the Iranian regime from Lebanon and to cut off the tentacles of the Revolutionary Guards and its Lebanese branch from the country.