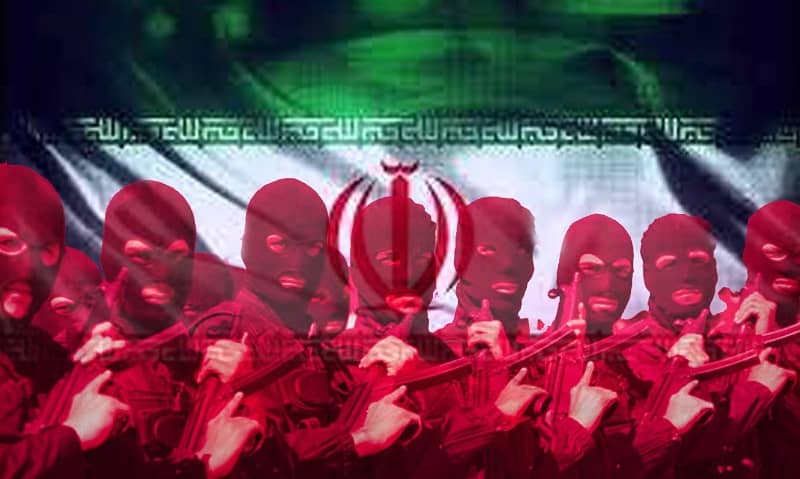 With recent executions in Iran, particularly political executions, the regime has confirmed its goal to systematically oppress dissidents. Simultaneously, the trial of Iran’s incarcerated diplomat-terrorist Assadollah Assadi, who tried to bomb the opposition rally in 2018 in France, shows mullahs’ systematic purge of dissident does not recognize boundaries.

Since its foundation in 1979, the Iranian regime has considered export of terrorism abroad and domestic violence as its pillars of existence. The systematic human rights violations along with political assassination and terrorist operations across the world, indicate how the regime disregards international “concerns” and “condemnation” and continues its malign activities in the wake of international community’s inaction.

This fact was confirmed in a letter by 40 members of the Parliamentary Assembly of the Council of Europe (PACE) from all political groups on Tuesday to PACE’s President, the Hon. Rik Daems.

“The domestic policy of repression and exporting terrorism and fundamentalism abroad have been the foundation of Iran’s survival strategy for decades, with the latter having been supported by Iran’s embassies in Europe,” read the letter by PACE members from 21 European countries.

There have been 27 executions in Iran since the beginning of 2021. Most recently the regime hanged a wrestler, Mehdi Ali Hosseini, despite international outcry against his execution. In December, Iran hanged Ruhollah Zam, a former French resident. After European countries condemned Zam’s execution, the regime’s Foreign Ministry summoned their ambassadors and called this execution “legal” within the framework of Iran’s constitution.

Much like human rights violations, the regime’s terrorism is also legalized in the regime’s constitution, under the banner of “export of the revolution.” Iran’s embassies play a key role in orchestrating and facilitating the export of terrorism across the world, particularly in Europe, using the European Union’s appeasement policy.

The case of Assadi, third secretary of Iran’s embassy in Vienna, who attempted to bomb the opposition rally in France in 2018, along with three other terrorists, confirm the destructive role the regime’s embassies and Ministry of Foreign Affairs play in spreading terrorism.

Assadi used his diplomatic passport to transfer 500 grams of the TATP explosives to Europe using a commercial flight. Given Assadi’s status as a “diplomat,” the regime’s Ministry of Foreign Affairs, and its chief Mohammad Javad Zarif, were fully aware of the operation and were willingly facilitating it.

The PACE members highlighted the role of Iran’s hierarchy of power in this terrorist operation, while referring to the conclusion of the Belgian National Security Service (VSSE), which stated, “The plans for the attack were developed in the name of Iran at the request of its leadership.”

The 2018 bombing could have become the largest terrorist operation in Europe, since over 100,000 people, including hundreds of lawmakers and political figures from both sides of the Atlantic, had attended the annual “Free Iran” gathering organized by the National Council of Resistance of Iran (NCRI) in Villepinte, north of Paris.

Since Assadi’s arrest, Zarif and his ministry and Assadi himself have been insisting on “diplomatic immunity” for the regime’s incarcerated diplomat-terrorist. The Belgian prosecutors rejected this claim by citing a Belgium’s 2002 legislation, which underlines that even if Assadi had diplomatic immunity, Belgian authorities could have arrested him. They also highlighted that even according to Austrian law, Belgian authorities were entitled to arresting Assadi. In addition, since Assadi was planning to commit mass murder, international law allows authorities to strip Assadi of his diplomatic immunity and arrest him.

The regime’s insistence on Assadi’s “diplomatic immunity” is a result of the EU’s weak policy toward the regime and its terrorism. While Zarif freely travels to Europe and meets with European leaders, why wouldn’t his diplomat-terrorist claim “diplomatic immunity” even though he was caught red-handed?

The 2018 terror plot requires a firm policy toward the regime in Tehran. As 40 PACE members recently highlighted, Assadi’s case underlines the need “for a review of policy toward Iran in all areas [and] serious and effective measures,” that included predicating “any economic and trade relations with the Islamic Republic of Iran on the improvement of the human rights situation in Iran and an end to the regime’s terrorism on European soil.”

While recalling the “statement by the Council of the European Union dated April 29, 1997,” the European lawmakers also demanded that “agents and mercenaries of Iran’s intelligence services with diplomatic, journalistic, and economic cover should be tried, punished, and expelled, and centers with a religious or cultural cover promoting terrorism and fundamentalism should be closed,” adding, “Granting asylum and citizenship to MOIS agents and mercenaries should be a red line.”