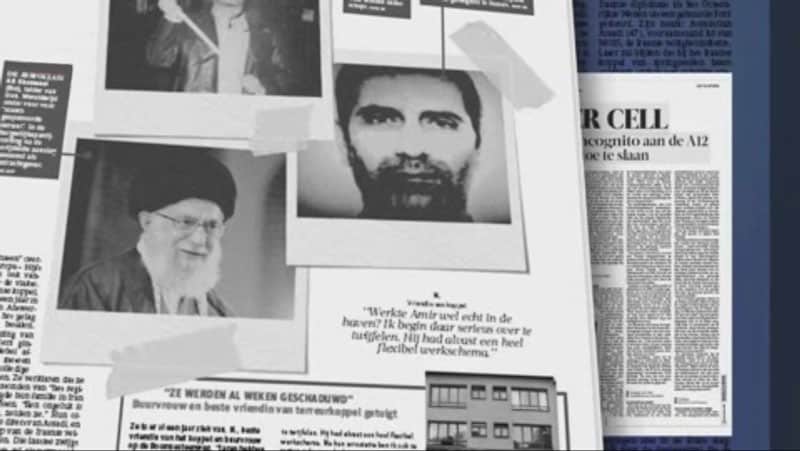 On Thursday, a Belgian federal court held the second session of a terrorism trial involving an Iranian diplomat and three accomplices. The diplomat, Assadollah Assadi, declined to attend both this session and the previous one on Friday, November 27.

That decision seems to reflect a petulant rejection of the court’s authority, which Assadi had previously displayed by threatening investigators with the possibility of more terrorist attacks. Transcripts of his interrogations quote the former third counsellor at the Iranian embassy in Vienna as saying that there are numerous Iran-backed terrorist groups throughout the Middle East which would be watching his case in order to determine whether European authorities would “support them.”

The expectation of that support does not seem to have faded with the start of Assadi’s trial. In fact, the second hearing only served to further demonstrate that an assertion of impunity forms the crux of his defense. Assadi’s lawyers did not deny his involvement in the 2018 plot to bomb an annual gathering organized by the National Council of Resistance of Iran (NCRI). Neither did they discuss the incident in any way that sought to diminish his responsibility. Instead, they merely emphasized his diplomatic status and suggested that it provided him with immunity from prosecution even beyond the borders of the country where he was stationed.

This is, of course, a ridiculous line of defense, and one that prosecutors barely felt any need to acknowledge. Assadi was lawfully arrested while traveling in Germany, and authorities discovered in his vehicle a manual for the explosive device that was previously confiscated from two of his co-conspirators. Those would-be bombers, an Iranian Belgian couple by the names of Amir Saadouni and Nasimeh Naami, were apprehended in Belgium before they could cross the border into France, en route to the Free Iran rally just outside of Paris.

Saadouni and Naami, have adopted a different defense in the ongoing trial. Their lawyers have made little effort to mitigate the punishment they might face in their current home country, but have passionately insisted that if the court agrees with prosecutors’ recommendations to strip them of their citizenship and deport them to Iran, then regime authorities will set them up as scapegoats for the entire incident and close the case by executing them.

Saadouni and Naami have certainly attempted to deny responsibility in ways that don’t seem very credibly. They have argued, for instance, that even though they were personally carrying the device provided to them by Assadi, with the clear intention of setting it off, they didn’t believe that what they were handling was a bomb which would kill people. Instead, they compared the contents of the device to fireworks and claimed that Assadi had led them to believe he wanted to create fear among the democratic Resistance, without killing anyone.

Prosecutors are all but certain to reject this narrative and continue urging revocation of the couple’s citizenship alongside prison sentences of 18 years each. But the broader point of Saadouni and Naami’s defense – that they were only secondary participants and tools of Assadi and his handlers in Tehran – is something that closely aligns with the message the prosecution has emphasized in both of the trial’s hearings so far.

To a great extent, the prosecution’s mission has been to establish that Assadi’s team was not a group of rogue agents operating independently of the Iranian regime, but was explicitly endorsed and directed by Iranian political authorities. The Resistance leader Maryam Rajavi, who was the prime target of the 2018 terror plot, has said that plans for the attack had originated with Iran’s Supreme National Security Council, with input from both the regime’s Supreme Leader Ali Khamenei and President Hassan Rouhani.

In any event, the resulting plot was certainly a Ministry of Intelligence operation, as lawyers for Assadi’s accomplices confirmed on Thursday. While still depicting their clients as the victims of manipulation by higher authorities, the lawyers acknowledged that Saadouni had been in contact with the Ministry for 11 years, and with Assadi for five. The so-called diplomat had already developed a long history of service as an intelligence agent by that time, and before being posted to Vienna he contributed to operations against the members of the People’s Mojahedin Organization of Iran (PMOI-MEK) in Albania.

That case was itself the subject of a thwarted terrorist plot in March 2018, just three months before the attempted bombing of the NCRI rally at Villepinte, France. This fact helps to clarify that latter plot’s status as part of a broad campaign by the Iranian regime against its opponents both at home and abroad. While countless terrorist incidents and domestic crackdowns can be said to have been part of that campaign over the years, the year 2018 marked a particular upsurge in such activity because it began with Iran being rocked by a nationwide anti-government uprising.

While that uprising was at its peak, no less an authority than the regime’s Supreme Leader Khamenei issued a statement in which he acknowledged that the MEK had played a leading role in organizing the composite protests and popularizing a message of regime change. This flew in the face of years of regime propaganda, and it betrayed the growth of anxiety among Iranian officials about the insecurity of their hold on power. It is therefore little wonder that the regime was soon willing to take on the risk of directing one of its high-ranking diplomats to serve as the mastermind of a terrorist plot on European soil.

Anyone who observes the Belgian trial in this context should have no difficulty accepting the prosecution’s characterization of the plot as an official operation by Iranian authorities. And once that narrative has been accepted, it should be difficult for any Western policymakers to argue against the notion that prison sentences for Assadi and his accomplices should only be the start of a broader pattern of accountability.

The NCRI and its international supporters made this argument in a number of venues during the run-up to the start of Assadi’s prosecution. In so doing, they offered specific recommendations to Western governments which included the expansion of sanctions, the expulsion of any Iranian diplomats who may be agents of the Ministry of Intelligence, and the outright closure of embassies that could prove to be staging grounds for Iranian terrorism, as the embassy in Vienna had been in 2018.

Whatever specific course of action the international community deems appropriate, one thing is certain: demands for accountability must extend beyond the would-be perpetrators of Iranian terrorism, so as to include those responsible for using such terrorism as a form of statecraft. This has always been true, but is uniquely undeniable in the wake of Assadi becoming the first Iranian diplomat to actually face terrorism charges in Europe. Meanwhile, the circumstances behind his exposure should make it all the more difficult for Western policymakers to turn a blind eye such conduct. With popular unrest growing inside Iran, the clerical regime is increasingly vulnerable to the effects of international pressure, and increasingly deserving of it.

Previous articleSecond Day of Trial in Belgium: Iran Regime’s Terrorists Tacitly Accept All Charges, Desperately Try To Downplay Them
Next articleMark Williams: Relationship With Iran Should Be Contingent on Guarantees That Mullahs’ Terrorism Will Cease