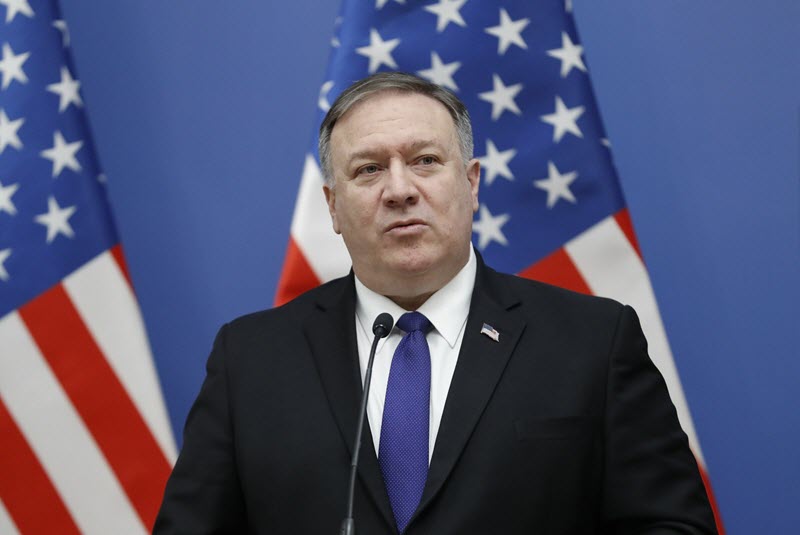 U.S. President Donald Trump has been determined to curb the Iran threat since he took office and he has taken a number of measures so far, including pulling out of the Joint Comprehensive Plan of Action (JCPOA), or the 2015 Iran nuclear deal as it is known. He has also initiated a maximum pressure campaign and imposed crippling economic sanctions.

One of the biggest blows to the Iranian regime has been the restriction on its oil exports. The U.S. State Department announced last year that it would be urging all countries to reduce their imports of Iranian oil to zero. It has recently been reported that Iran has been trying to sell its oil on the exchange but it has only had one buyer that took the minimum possible.

He re-iterated the claim made by Trump that the Iranian regime is the “largest state sponsor of terror” in the world and stated that it is a major “global threat”.

The Iranian regime has been supporting the Lebanese Hezbollah for years. It is known that Hezbollah is very active in South America where it has a substantial network working alongside it.

Last week, the United States announced that the Islamic Revolutionary Guard Corps (IRGC) would be designated as a foreign terrorist organisation (FTO). This is the first time that a U.S. government has ever designated another country’s military, but it is a step that is long overdue. The IRGC has met the criteria to be classified as such for a great number of years.

As well as being the number one state sponsor of terror across the world, Iran also presents a number of other dangers. It is the biggest impediment to peace and security in the Middle East and it is a horrific abuser of human rights. It has millions of victims at home, and many more around the world.

It does not hesitate to wipe out whatever stands in its way and it has been involved in some of the most horrific crimes and abuses. One such example is the 1988 massacre when the regime tried to extinguish resistance in the country. Around 30,000 political prisoners (most of whom were members of the PMOI / MEK) were executed during one single summer. To this day, the regime has still not been held accountable.

Regime change is the only option that remains. Appeasement and concessions do not work with the regime and it is very clear that it is never going to become more moderate. In fact, its very existence is based on the spread of terror and the suppression of its own people.