No end seen to Iran’s support of Hizbollah 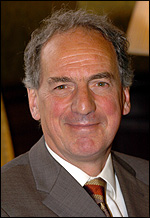 Reuters – Britain has little confidence that Iran will stop providing military and financial support to Lebanon’s Hizbollah guerrillas soon, if at all, a government minister said on Wednesday.

Kim Howells, foreign office minister for the Middle East, said he had no doubt Iran was supplying Hizbollah with missiles, guns and money, via Syria.

"One wonders if they (Iran) could ever succumb to the diplomatic temptation to renounce their support of Hizbollah when it is the one really effective military force they’ve got in that region outside Iran themselves," Howells told an emergency session of parliament’s Foreign Affairs Committee.

The meeting was called to discuss the government’s stance on the recent 34-day Israel-Lebanon war, sparked by Hizbollah’s capture of two Israeli soldiers in a cross-border raid.

U.N. Security Council Resolution 1701 that ended the war called on all states to prevent the sale or supply of weapons to "any entity or individual in Lebanon".

"I don’t hold out a great deal of hope that we’ll be able to persuade them in the short-term," Howells said.

He said he had pressed Iran’s ambassador to London Rasul Movahedian on this in recent talks but Movahedian had denied that Iran arms and finances Hizbollah. Tehran says it provides only moral and political support to the group.

Howells was also pessimistic about the chances of disarming Hizbollah or persuading the group to put down its weapons, given how entrenched it was in Lebanon.

"It’s going to be a very, very big job," he said. "No one has an easy answer on the disarming of Hizbollah."

Howells also defended the government’s refusal during the conflict to call for an immediate ceasefire, a stance that drew criticism from many in Prime Minister Tony Blair’s Labour Party.

Blair argued an instant ceasefire would not hold and that he was working for a durable solution through a U.N. resolution.

Howells accepted that stance had generated "a lot of hostility" in the Arab world and said ministers had not done enough to explain it to the public or the rest of the world.

"But I think in the long run we’ve been proved right," he said.

Howells, pressed by legislators, refused to condemn Israel’s bombardment of Lebanon as "disproportionate" to the threat.

But he said he believed the nature of the conflict meant that a redefinition of the term "war crime" was needed, referring to actions by both sides.

"What I saw out there begs many questions about the way we try to define what constitutes a war crime in the future. I think we have to do a huge amount of reassessment in the future about how we define this kind of warfare," he said.