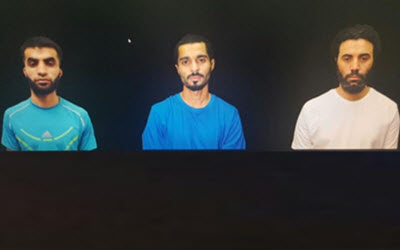 Bahrain has arrested two men suspected of planting a bomb that killed a Bahraini woman in late June and of having received training and support from the Iranian regime, Bahrain’s interior ministry said on Tuesday. A ministry statement identified a third suspect in the blast but said he had fled to Iran, the Reuters news agency reported on Tuesday.

The bomb blast occurred on a road as the woman passed in her car in the village of East Eker, south of the capital Manama, on June 30, the statement said. Shrapnel hit the car, killing her and injuring her three children.

The statement accused the three men of receiving training in weapons and explosives from the Iranian regime’s Revolutionary Guards. One man traveled to Iran for his training, it said.