Senator Robert Torricelli: Biden Administration Has Serious Thinking To Do, When It Comes To Negotiations With Iran’s Regime 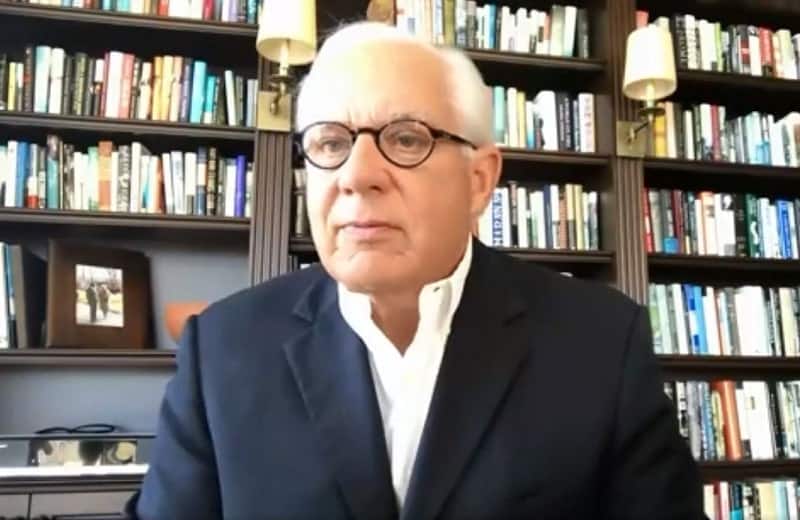 On February 4, a court in Belgium convicted Iran’s diplomat-terrorist Assadollah Assadi to 20 years in prison for his attempt to bomb the opposition rally in 2018 in Paris. Assadi’s arrest, his case, particularly how he used its diplomatic privileges to spread terrorism in Europe confirmed how the regime’s Ministry of Foreign Affairs and its diplomats are involved in terrorism. In other words, the 2018 bomb plot showed the regime’s state-sponsored terrorism.

With growing calls by the regime’s apologists for the new administration in the United States to enter into a dialogue with Tehran, there is also a highly justified concern of how giving concessions to the regime could result in more destabilizing actions by mullahs in Tehran.

This concern was underlined by former Democrat Senator Robert Torricelli, during a conference on Thursday, hours after Assadi’s conviction.

Senator Torricelli underlined that the Biden administration has “some serious thinking to do” regarding its relations with the regime and negotiating with the regime’s diplomats, mainly Foreign Minister Mohammad Javad Zarif.

“If the intention of the Biden administration is to reengage with Iran on the nuclear accords. There’s some serious thinking to do here. Who’s going to be at that table? Zarif? His agents? Those who may have been in those notebooks in this conspiracy, about whom we now have information? The very people who made the decisions to send this weapon to Europe to kill us. There is some serious thinking to do,” Senator Torricelli said.

The full text of his speech is below:

Let me join with Tom Ridge, it is an extraordinary confirmation of the skill of the German, Belgian, Luxembourg and French police authorities. An incredible statement in this jury about the integrity of the Belgian judicial process and the strength and character of people who under threats of intimidation and retribution, nevertheless held firm to the rule of law. I don’t think enough praise can be given to the law enforcement, judicial authorities of each of those countries. My highest praise.

I also think that it’s hard to overstate the significance of what might have happened here today. The bar of outrage in the world has been lowered so much by so many events that we tend to take many events in passing that previously would have been noted for their historic significance. In the history of the Iranian regime, however it may evolve, today’s a day of considerable significance. Let’s think for a moment that’s happened here. A sovereign nation, a member of the United Nations, that has diplomatic relations with a broad spectrum of nations in the European community, has had a diplomatic agent in its service found guilty of conspiring in the act of committing a terrorist act in the heart of Europe. That’s an extraordinary event. It’s an extraordinary one. Using diplomatic channels and personnel in the soil of Europe in the heart of Germany and Austria and Belgium to kill, potentially, scores of people. I don’t know how tomorrow morning the heads of government in Europe that have ambassadors of the Iranian regime in their capital, clearly part of this network which has now been exposed, continue as if nothing has happened. Today is different than yesterday. The idea that the Ministry of Intelligence in Tehran and the Foreign Ministry are legitimate governmental enterprises is now impossible to consider. The events of today make a mockery of the fact that these relationships are maintained. And every head of Europe has some serious thinking to do about allowing cultural attaches, military attaches, diplomatic personnel who are now exposed as part of this network to continue to operate in their countries.

Let me also pause for a moment to consider what if the skill of German and Belgian and French authorities had not broken this network? What if the bomb, which was successfully transported from Tehran to Europe, had exploded as planned? I was at that rally that day in June of 2018. But so was the former Prime Minister of Canada, cabinet ministers of Britain, Germany, France, Italy, United States. The former foreign minister of France. Members of Parliament from almost every member of the European community and the United States Congress. Members of the Joint Chiefs of Staff and high military officers of the United States Army. What if the bomb had exploded? The target may have been to assassinate Mrs. Rajavi, to murder her. But almost certainly many of the people I’ve just identified would have been killed as well. What then? To those who would overlook the events of this prosecution, this verdict, what then? Because to do nothing, to maintain diplomatic relationships, to allow the Ministry of Foreign Affairs, in fact to allow Zarif himself to enter Europe, to engage in negotiations, in the face of what might have been is to ignore reality.

A lot of people have a lot of decisions to make after today’s verdict. And it begins with the Biden administration. I will confess to you personally, John Kerry has been a personal friend of mine through most of my adult life. I sat with him in the Foreign Relations Committee of the Senate for years. He has my highest admiration. But to see a photograph of him sitting across a table from Minister Zarif when knowing that on that table was one of those found guilty today, who would have been my murderer, is more than a little chilling. And I know John well enough to know that it has to be chilling to him to know who was at that table. And indeed, if the intention of the Biden administration is to reengage with Iran on the nuclear accords. There’s some serious thinking to do here. Who’s going to be at that table? Zarif? His agents? Those who may have been in those notebooks in this conspiracy, about whom we now have information? The very people who made the decisions to send this weapon to Europe to kill us? There is some serious thinking to do.

Maybe in the context of the Obama administration, reaching a nuclear accord with Iran absent consideration of their ballistic missile tests, absent their funding of terrorist activities throughout the Middle East, absent the assassination attempt in Albania, absent today’s events and the assassination attempts and mass murder that would have happened in Paris, maybe then it made sense. Does it now? Can it possibly be in the interests of the United States, can it possibly be legitimate and justified to reenter those discussions and enter that accord without consideration of the broader military and terrorist activities of the Iranian government and the individuals now held responsible? Indeed, for whatever our partisan differences might be, can there really be any doubt that the actions of the previous administration in holding the Iranian government, the Revolutionary Guards, responsible and to sanction them has legitimacy? And not only should be maintained but now strengthened. The court has spoken in Belgium and European police authorities have acted. Now the burden falls upon the political leaders of Europe and the new Biden administration in particular. That’s our responsibility as Americans, as Europeans.

And finally there’s a question for the Iranian people. You did not choose this government in Iran, it has been thrust upon you. And you’ve paid a price by thousands who have been executed and killed. You’ve lost a generation of prosperity and freedom for your people. But ultimately all of us are responsible for the actions of our governments, even if we did not choose them. They act in our name. The government in Tehran is a terrorist regime. As it has terrorized your people, it has terrorized the world. And by whatever means is necessary, the burden of history falls upon you to remove it. There are brave Iranians all throughout Iran who have taken to the streets and paid a price. There are Iranians in the diaspora all around the world, now coordinated by the MEK, the National Council of Resistance and Mrs. Rajavi taking a stand for regime change. I’m afraid the burden also falls upon you. This regime must fall. And all of you, wherever you are in Iran, can play a role as all of these leaders now throughout Europe and North America must think about their roles in light of this extraordinary decision today in Europe. Alireza, thank you very much for giving me the opportunity to speak to you briefly.

Previous articleIran: The Number of Executions in January Reached 27
Next articleIran News in Brief – February 10, 2021