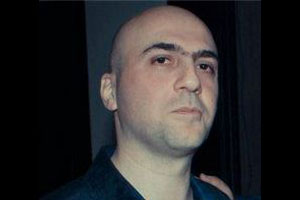 A court in the United Arab Emirates has sentenced six Iranians, three of them in absentia, to life in prison for kidnapping an Iranian-British businessman who went missing in Dubai in 2013, according to local media in Dubai.

Dubai prosecutors sought the toughest punishment applicable against the six abductors for their involvement in kidnap case of Abbas Yazdanpanah, who was smuggled out on a boat from Sharjah to Iran.

Abbas Yazdanpanah who owned a general trading company in Dubai, disappeared in June 2013 and his Aten has said he has been kidnapped by Iranian intelligence officers.

Three accused were 32-year-old R.A., 52-year-old K.G. and 55-year-old N.A. Meanwhile, H.B., B.N. and I.N., who are said to be the main abductors, were tried in absentia since they remain at large.“I want to know where my husband is… my children and I are suffering and I want to know what is happening. The Iranian government paid R.A. to kidnap my husband,” she told the court in an earlier hearing.

The 32-year-old driver, identified as R.A., claimed that the kidnap was over financial claims and alleged he had nothing to do with assaulting or sedating the businessman.

The public prosecution requested in its arraignment sheet that the maximum possible penalty be inflicted on the accused.

Chief prosecutor Khalid Zarouni argued in court that the kidnap had been motivated by a statement given by the victim in a case involving an Iranian gas company to the International Court of Justice.

The abductors had another main accomplice who passed away after the incident while in custody. The prosecution records did not mention the cause of his death.

They faced charges of kidnap, forcible theft, physical assault and putting the victim’s life at risk by injecting him with drug shots and covering his face with a drug-tainted piece of cloth to sedate him.
According to prosecution records, the incident happened on June 25, 2013. The accused planned the kidnap for about five months and rented a villa in Al Baraha area where they devised the plan and assigned the role of each one of them and also used the villa to keep the crime tools and the valuables and belongings of the victim.

They kept a close watch on the businessman and in the meantime prepared the crime tools like gloves, duct tapes, stun gun and drug injections to use on the victim. They went to his workplace and waited until they spotted him exiting a parking lot.

They assaulted him and stopped him from moving and then carried him to the back seat of their car, driven by the main accused, R.A., 32, where they injected him with drug shots to make him lose consciousness and thus stop him from resisting.

The accused then carried the victim, who they wrapped in a sheet, to a boat bound from Sharjah to Iran upon a prior agreement with its captain to sneak the businessman out of the country.

They also stole the businessman’s four bank cards, two driving licenses and other documents.
The detained accused may appeal the verdict within 15 days.