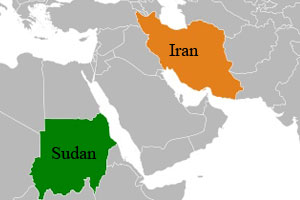 The government of Sudan has closed all Iranian cultural centers in the capital Khartoum for becoming a threat to national security of the North African country, President Omar al-Bashir said in an interview.

“People pointed to things we were not well aware of: cultural centers that proselytized Shiism. We should note that we are Sunni. And we have enough problems,” he said in an interview with Al Arabiya news.

“We cannot handle a new problem and conflicts between Sunnism and Shiism. We closed these centers because we figured that they could harm Sudan and national unity,” he said.

The Iranian regime’s main cultural center in the Sudanese capital was padlocked late last year after Khartoum ordered it closed on September 2 for activities that ‘threatened social and intellectual security’ of that country.

Sudanese foreign ministry said at the time that the offices had exceeded their mandate and “It became necessary to take an official action against this center”.

The foreign ministry then ordered their staff to leave the country.

Iranian regime’s warships have periodically made stops in Port Sudan, across the Red Sea from Saudi Arabia.