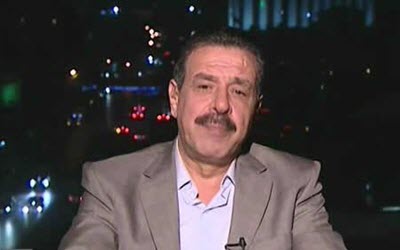 NCRI – The regime in Iran says it will not allow Syria to divide but the regime considers Syria as one of its own provinces. How can this contradiction be interpreted? In this regard, Dr. Ibrahim Al-Jabavi, manager of Syria’s advertising board, in an interview with Orient TV explains:

“The Iranian regime advances its project through its tails like Bashar al-Assad and Hezbollah and other militants from different countries it has dispatched to Syria with the flag of sectarianism to serve the regime’s goals… We have said before and repeat it again that the Hezbollah and Iraqi, Afghan, and Pakistani militants and the Revolutionary Guards (IRGC) have not come to Syria merely to support Bashar Assad but to implement the Iran regime’s project which is summarized in Shiite Crescent.”

“The interests of Russia and Turkey have recently been overlapping. Russia prefers to have a strong relationship with Turkey than with the regime in Iran. Turkey has economic and tourist revenue for Russia. But after Turkey’s recent agreement with Russia, fear has engulfed the Iranian regime. The regime in Iran, which dreamed of fully devouring the cake of Syria, is afraid of gaining nothing in the process.”

Dr. Al-Jabavi pointed out the Iraqi militias in Syria and said: “Over 66 militia groups are present in Syria with nearly 40 thousand forces poured into the country to kill Syrian people… They have come to kill Syrian people and do not care whom they kill but just want to accomplish their nefarious goals in Syria under the disgusting and odious banner of Islamic fundamentalism.”