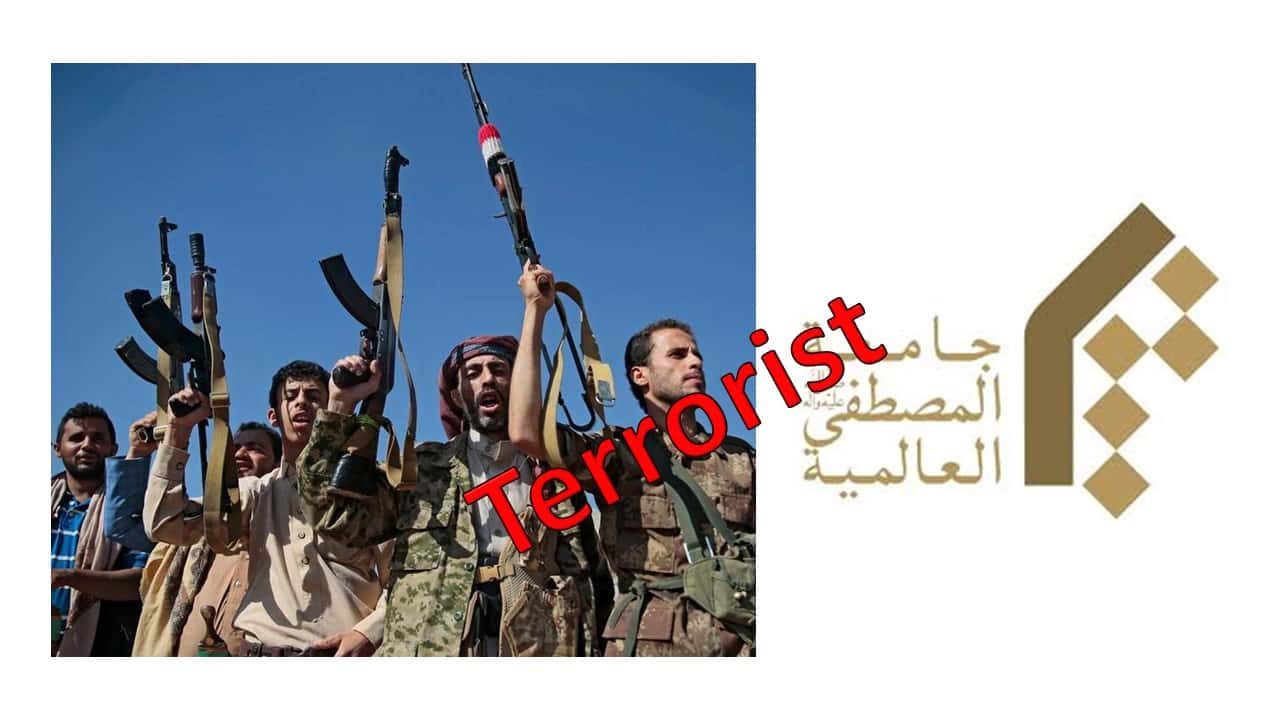 According to the Treasury’s statement: “Al-Mustafa International University, which has branches around the world, is used as a recruitment platform by the IRGC-QF for intelligence collection and operations, including recruitment for the IRGC-QF-led foreign militias fighting on behalf of Bashar Al-Assad’s regime in Syria.”

According to the U.S. Treasury Department: “Iran-based Al-Mustafa International University, which claims branches in over 50 countries, enables IRGC-QF intelligence operations by allowing its student body, which includes large numbers of foreign and American students, to serve as an international recruitment network.”

“Recruits from Al-Mustafa International University have been sent to Syria to fight on behalf of IRGC-QF-led militias. The IRGC-QF established the Fatemiyoun Division, an Iranian-led Shia militia composed of primarily ethnic Afghan residents in Iran, as well as the Zaynabiyoun Brigade, a militia group composed of Pakistani Shia, as expeditionary forces to fight in Syria. The IRGC-QF has used Al-Mustafa as cover for its recruitment of Afghans. The IRGC-QF has used Al-Mustafa’s campus in Qom, Iran as a recruitment ground for Pakistani students to join the Zaynabiyoun Brigades. Multiple students from the university have been killed fighting in Syria. The Fatemiyoun Division and Zaynabiyoun Brigade are both designated under counterterrorism and human rights authorities.”

“The IRGC-QF uses Al-Mustafa University to develop student exchanges with foreign universities for the purposes of indoctrinating and recruiting foreign sources. Al-Mustafa has facilitated unwitting tourists from western countries to come to Iran, from whom IRGC-QF members sought to collect intelligence. Recruits from Al-Mustafa International University have been sent to Syria to fight on behalf of IRGC-QF-led militias,” read the statement.

Irlu, the regime’s envoy to the Houthi rebels, had previously “supported IRGC-QF efforts to provide advanced weapons and training to the Houthis,” for years, according to the U.S. Treasury.

“He coordinated with other senior IRGC-QF leaders to support the group’s operations throughout the Arabian Peninsula and Yemen. Irlu maintained a relationship with former IRGC-QF Commander Qasem Soleimani. He has also provided training to Hizballah members in Iran,” the statement further highlighted.

“The appointment of an IRGC-QF official as an envoy to the Houthi rebels in Yemen demonstrates the Iranian regime’s indifference to resolving the conflict, which has led to the widespread suffering of millions of Yemenis,” said U.S. Treasury Secretary Steven T. Mnuchin. “Additionally, the IRGC-QF’s recruitment of foreign students for intelligence operations illustrates the degree to which the group has infiltrated Iranian society in order to achieve its destructive goals. These efforts, and the pervasive role the IRGC-QF plays in Iranian foreign policy, contribute to the erosion of trust in Iran’s public and private institutions.”

This designation comes in the wake of the recent trial of Iran’s diplomat-terrorist, Assadollah Assadi, in Antwerp, Belgium, for attempting to bomb the opposition’s annual Free Iran rally in 2018 in Paris. Assadi used his diplomatic privileges to transfer explosives from Iran to Europe and hand them over personally to his operatives.

The regime has been using its diplomatic missions and its so-called cultural and religious organizations to export terrorism across the globe. Now, it is time for the world community to shut down all of Iran’s embassies and centers and expel the regime’s agents.