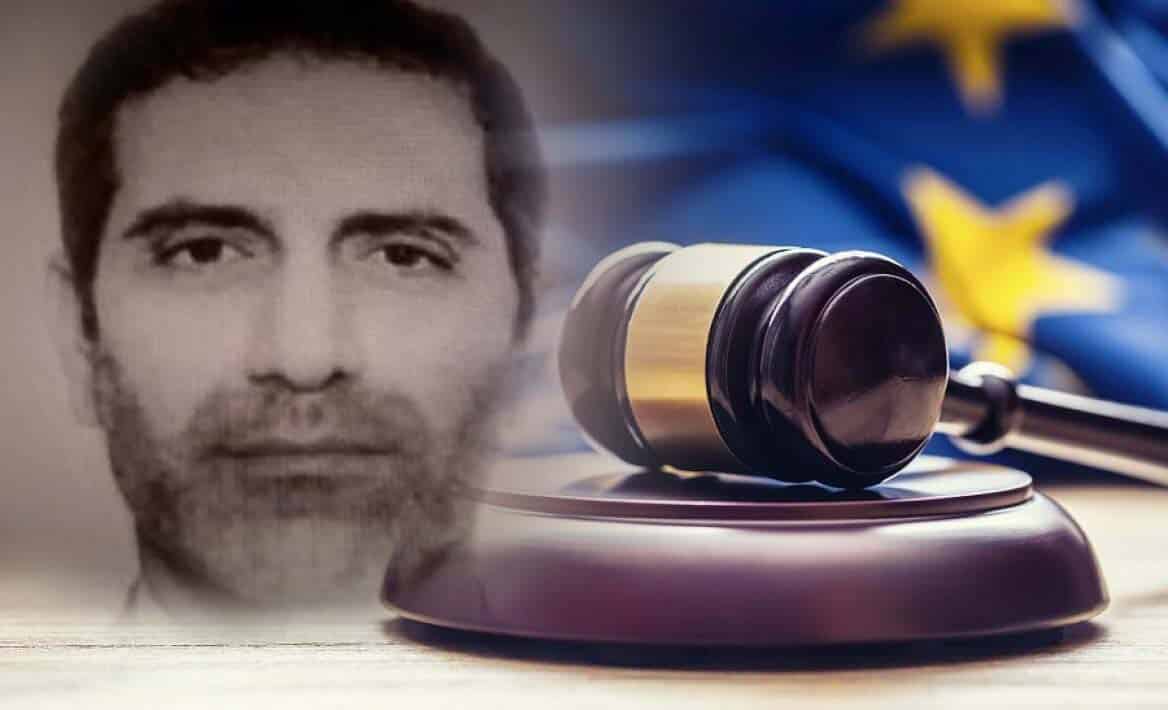 Antwerp’s Prosecutor has demanded 20 years for Iran’s diplomat-terrorist, Assadollah Assadi, for his leading role in the Iranian opposition rally’s foiled bombing plot in 2018.

On orders of his masters in Iran, Assadi refused to appear in the court on Friday. In partis of this indictment, the Prosecutor of Antwerp highlighted Assadi’s absence in the court, by Tehran’s orders to sign that the entire regime was behind this operation.

According to the indictment, Assadi had traveled to Iran several times to prepare for the operation. The Prosecutor further confirmed that the terrorist-couple, Amir Sadouni and Nasimeh Naami, were on the payroll of the regime’s Ministry of Intelligence and Security (MOIS) for years.

In his indictment, the Prosecutor added that since Assadi was working with the MOIS, it is impossible to say that this bombing plot was his initiative. The entire mullahs’ regime was involved in the 2018’s terrorist operation.

Mrs. Maryam Rajavi, the president-elect of the National Council of Resistance of Iran (NCRI), who was the main target of the bombing plot, had previously testified about the entire regime’s involvement in this case.

“As I emphasized during my seven-hour testimony, the Supreme National Security Council, presided over by Hassan Rouhani, made the decision to bomb the Iranian Resistance’s annual gathering at the Villepinte, and the regime’s Supreme Leader Ali Khamenei approved it. Khamenei, Rouhani, Javad Zarif, and the mullahs’ Intelligence Minister Mahmoud Alavi must face justice for decades of crimes and terrorism. As far as the use of terrorism as a tool of statecraft is concerned, it was again confirmed that there is no distinction between the regime’s agencies, such as the foreign and intelligence ministries or the offices of Khamenei and Rouhani. When the regime’s diplomat-terrorist, Assadollah Assadi, was arrested, Zarif, who also was personally involved in this terrorist plot, made the ridiculous claim that this was as “false flag” operation to absolve Assadi of responsibility and blame the victims for this crime,” said Mrs. Rajavi in her message simultaneous on Assadi’s trial.

The Supreme National Security Council, presided over by Hassan Rouhani made the decision to bomb the Iranian Resistance’s annual gathering at the Villepinte, and the regime’s Supreme Leader Ali Khamenei approved it.#ShutDownIranTerrorEmbassies#Iranhttps://t.co/wnmKigCX7s pic.twitter.com/Lo43txXdXO

All the evidence and the Prosecutor’s indictment confirm this bombing plot was in line with the regime’s state-sponsored terrorism.

Due to the undeniable pieces of evidence and the fact that Assadi and other terrorists were caught red-handed, the mullahs’ regime cannot escape justice.

During the past two years, the regime has tried every possible means to prevent this trial from happening. Some of the regime’s efforts to hinder justice include diplomatic pressure on Belgium using the appeasement policy, terrorist threats, taking foreign nationals as hostages, and giving hollow promises of business and oil. Yet, the regime has failed in saving its diplomat-terrorist.

Before Assadi’s trial, Reuters revealed that “Minutes of a March 12 meeting between Assadi and Belgian police, seen by Reuters and confirmed as authentic by his lawyer, show… (He) warned Belgian authorities that his case was being closely watched by undisclosed groups in Iran and neighboring countries… Assadi told police that armed groups in Iraq, Lebanon, Yemen, and Syria, as well as in Iran, were interested in the outcome of his case and would be ‘watching from the sidelines to see if Belgium would support them or not.’”

Assadi’s threats were a scandal for the regime and further proved that Assadi was working on orders from the highest-ranking officials of the godfather of terrorism. The regime was also aware of the consequences of these terrorist threats. But, since preventing Assadi’s trial was vital for the regime, it took such a risk.

The regime faces a restive society. Due to the Iranian Resistance’s leading role in the last major uprisings, mullahs’ took the risk of using their top-ranking diplomat-terrorist to lead the bombing plot in 2018 personally.

But will the regime be able to escape from justice and the consequences of Assadi’s trial?

The answer is no. The Iranian Resistance has vowed to continue this legal fight until victory. Also, the Iranian people and their organized Resistance’s struggle for 40 years, mainly two major uprisings in 2018 and 2019, has changed the balance of power and sealed the fate of appeasement policy. The Iranian people’s message to the international community, after the November 2019 uprising, is that they will not accept appeasement policy toward this moribund regime. Thus, Assadi’s trial is the best opportunity to hold the regime to account for all its crime. Holding this terrorist regime to account is imperative for peace and security, not just in Iran but around the world.