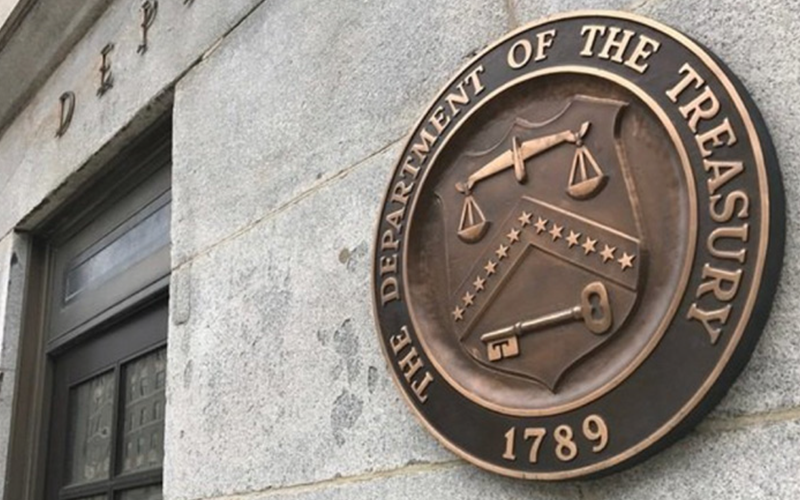 The United States on Wednesday imposed sanctions on a vast petroleum shipping network run by Iran’s regime that supports the terrorist Revolutionary Guards (IRGC) Quds Force and that has moved hundreds of millions of dollars to the Assad regime and Lebanese Hizballah.

The Treasury said in a statement on September 4, 2019: “The Department of the Treasury’s Office of Foreign Assets Control (OFAC) took action against a large shipping network that is directed by and financially supports the Islamic Revolutionary Guard Corps-Qods Force (IRGC-QF) and its terrorist proxy Hizballah.”

Over the past year, the IRGC-QF has moved oil worth hundreds of millions of dollars or more through this network for the benefit of the brutal Assad regime, Hezbollah, and other illicit actors, the Treasury said.

This complex network of intermediaries enables the IRGC-QF to obfuscate its involvement in selling Iranian oil, it said, adding, that the IRGC-QF also relies heavily on Hizballah officials and front companies to broker associated contracts.

Treasury designates vast Iranian petroleum shipping network that supports the IRGC-QF and moved hundreds of millions of dollars to the Assad regime and Hizballah https://t.co/gJoJuoXxU5

OFAC also issued a new shipping advisory to the maritime community warning of these types of schemes and the sanctions risks associated with blocked persons.

“Iran continues to take provocative actions to destabilize the region and the world. Treasury’s action against this sprawling petroleum network makes it explicitly clear that those purchasing Iranian oil are directly supporting Iran’s militant and terrorist arm, the IRGC-Qods Force,” said Treasury Secretary Steven Mnuchin. “Our actions over the last two weeks should serve as a strong warning to anyone considering facilitating the Qods Force’s oil sales that there will be swift consequences.”

Sigal Mandelker, Under Secretary for Terrorism and Financial Intelligence, said: “The Iranian regime is leveraging a terrorist organization as its chief conduit for obfuscating and selling hundreds of millions of dollars of illicit oil to fuel its nefarious agenda. Iran’s exportation of oil directly funds acts of terrorism by Iranian proxies and atrocities by the Assad regime against innocent people.”

“This vast oil-for-terror shipping network demonstrates how economically reliant Tehran is on the IRGC-QF and Hizballah as financial lifelines. The international community must vehemently reject Iranian oil and related products in the same way that it rejects the violent acts of terrorism these networks fund.”

In spring 2019 alone, this IRGC-QF-led network employed more than a dozen vessels to transport nearly 10 million barrels of crude oil, predominantly to the Syrian regime. These shipments, taken collectively, sold for more than half a billion dollars. The same network also sold nearly 4 million barrels of condensate and hundreds of thousands of barrels in gas oil, bringing in another quarter billion dollars.

The IRGC-QF’s highest-ranking officials have long overseen exports of Iranian oil, often masking its origins and sending it to the Syrian regime or IRGC-QF proxies across the region.

IRGC-QF Commander Qasem Soleimani (Qassem Soleimani) supervises fellow IRGC-QF official Rostam Qasemi, who has continued taking advantage of his domestic and international connections in the energy industry since his tenure as Iran’s Minister of Petroleum from 2011 to 2013, the Treasury statement added.

IRGC-QF official Rostam Qasemi, who is also the head of the Iranian-Syrian Economic Relations Development Committee, manages a group of individuals, shipping and oil companies, and vessels to sell Iranian crude, condensates, and gas oil. Qasemi relies on trusted IRGC-QF officials and associates to run the network, including his son, Morteza Qasemi. Morteza Qasemi has helped finalize the network’s oil contracts.

Ali Qasir, a Lebanese national and IRGC-QF associate, also serves as a lynchpin for this IRGC-QF-orchestrated network. His responsibilities for the network’s financial affairs include negotiating sales prices for the goods and settling vessel-related payments. Additionally, Ali Qasir assigns vessels to conduct shipments for the network based on the IRGC-QF’s guidance.