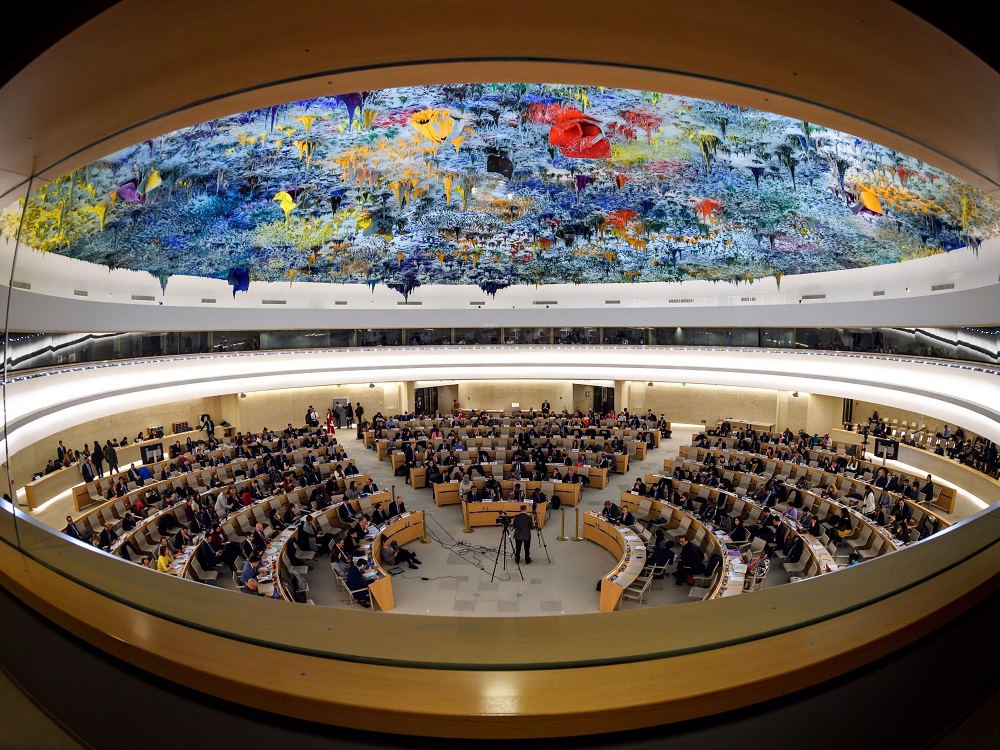 The United Nations Human Rights Council on Thursday decided by an unexpectedly comfortable margin to establish a new investigative mission to probe Iran’s suppression of mass protests that have roiled the country since September.

The motion passed with 25 in favor, six against, and 16 abstentions. Activists in the session stood up and cheered after the result was read out by the council president and some diplomats joined them in enthusiastic applause.

During the opening remarks, UN High Commissioner for Human Rights Volker Turk provided a review of what has been happening since the mid-September protest ignited into a nationwide uprising against the regime.

The 35th special session of the Human Rights Council was held following an official request submitted on November 11 by Germany and Iceland, as well as the support from over 40 other states.

The UN High Commissioner for Human Rights criticized the killing of protesters and the lack of accountability for the perpetrators of atrocities against the people as part of the crackdown on dissent. He also expressed concerns over the “unnecessary and disproportionate” use of force against protesters and the high number of arrests as well as the death sentences handed to protesters. “The security forces… have used live ammunition, birdshot and other metal pellets, tear gas and batons,” he said.

The Iranian regime’s representative at the Geneva meeting Khadijeh Karimi earlier hurled the usual accusation that Western states are using the rights council to target Iran. Human rights activists claimed otherwise and provided evidence of the regime’s killing of hundreds of innocent and unarmed protesters, including scores of teenagers and minors, and the detention and torture of thousands.

Two months ago, the latest uprising emerged not out of economic protests but rather from the funeral of a 22-year-old Kurdish woman who had been killed at the hands of Tehran’s “morality police.” Mahsa Amini fell into a coma on September 13 and died shortly after being taken away for re-education because she “mal-veiled.” In response to the incident, protests started, and they have since spread to at least 243 cities. The regime’s forces have reportedly killed 625 people and detained more than 30,000, according to sources with the Iranian opposition People’s Mojahedin of Iran (PMOI/MEK).

The regime’s Supreme Leader Ali Khamenei has commanded security and military forces to carry out horrific killing sprees since the uprising began, and he has now sent helicopters, armored vehicles, and heavy weaponry into Iranian Kurdistan to put an end to the citizens’ persistent protests.

In the cities of Javanrud and Piranshahr on November 21, the IRGC and other security forces opened fire with powerful, high-caliber machine guns on helpless civilians, killing dozens and injuring many more. The IRGC reportedly used a nerve agent in the area, resulting in vomiting, skin rashes, and severe coughing, according to early reports from Kurdish media outlets.

“Iran’s highest military body ordered the commanders of armed forces in all provinces to ‘severely confront’ protesters who took to the streets,” according to a September 30 Amnesty International report. ” The organization possesses proof of widespread, illegal use of lethal force and weapons by Iranian security forces who either intended to kill protesters or should have known with a high degree of certainty that their use of weapons would result in deaths.”

Furthermore, UN human rights chief Volker Türk said that “The rising number of deaths from protests in Iran, including those of two children at the weekend, and the hardening of the response by security forces, underline the critical situation in the country.”

Since the protests started, there have been at least 57 child killings. On November 17, security personnel killed 10-year-old Kian Pirfalak. He was traveling home with his family when the security forces began firing at their vehicle. Nika Shahkarami, Sarina Ismailzadeh, Siavosh Mahmoudi, and numerous other minors have also fallen victim to the regime’s lethal crackdown.

“UNICEF remains deeply concerned by reports of children being killed, injured, and detained. Despite a lack of official data, since late September an estimated 50 children have reportedly lost their lives in the public unrest in Iran… This is terrifying and must stop,” the UN agency for children said in a statement on Saturday.

Iranian opposition President-elect Maryam Rajavi of the National Council of Resistance of Iran (NCRI), welcomed the adoption of the resolution and stated that “while the resolution reflects only a small portion of the crimes of the ruling anti-human regime in Iran, as it did not have enough time to investigate the regime’s crimes in recent weeks, it, nevertheless, makes it abundantly clear that this regime has systematically violated all recognized principles and standards of human rights.”