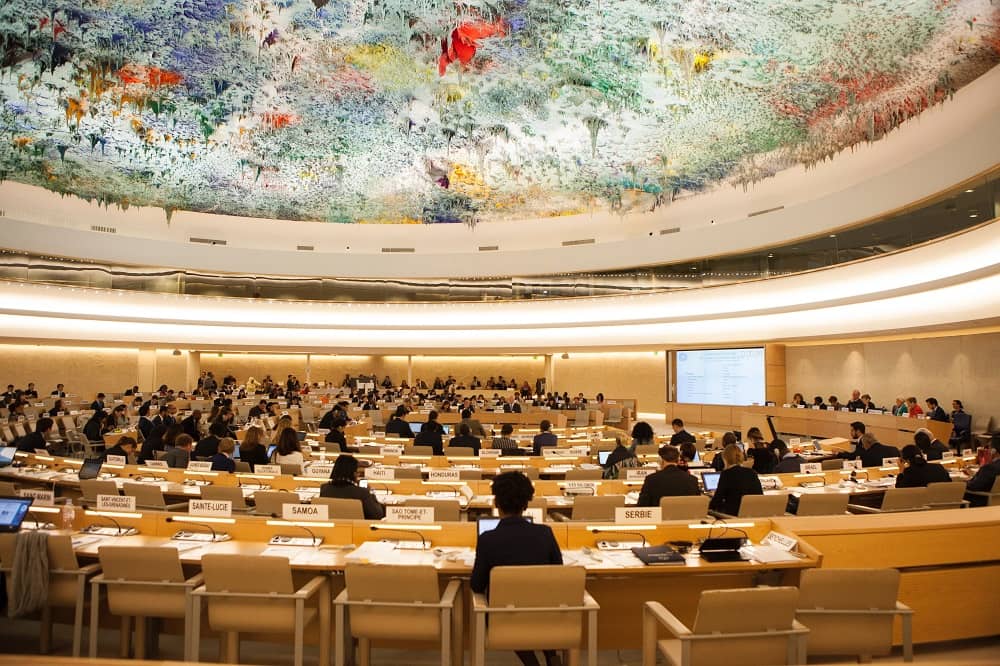 The United Nations Human Rights Council is holding a special session on Thursday to discuss the Iranian regime’s escalating crackdown on the nationwide uprising that is now in its third month. While the Office of the High Commissioner for Human Rights has acknowledged roughly 300 deaths resulting from that crackdown, the People’s Mojahedin Organization of Iran (MEK) has determined from its domestic intelligence network that the true number is at least twice that, with around 60 of the 600 victims being juveniles.

Reporting by opposition activists, human rights organizations, and private citizens inside Iran has produced a wealth of information regarding the regime’s strategy of political violence and its systematic violations of human rights. But in light of the regime’s restrictions on internet access, accompanied by a continuous outpouring of state propaganda, there is almost certainly much that still remains to be uncovered. 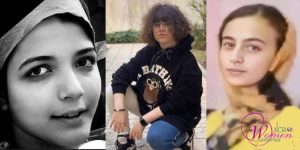 Accordingly, some supporters of the special session have called for the UN to establish a formal commission of inquiry in order to investigate recent and ongoing abuses more thoroughly. This was reportedly on the agenda in advance of the session, and Reuters News Agency noted on Tuesday that whatever evidence might be uncovered by a fact-finding mission “could later be used before national and international courts” to prosecute Iranian officials and entities who are considered responsible for killings, enforced disappearances, torture, and so on.

The NCRI has previously advocated for establishing similar commissions of inquiry with respect to other human rights abuses and crimes against humanity, including the massacre of 30,000 political prisoners in the summer of 1988, the vast majority of which were members of the MEK. One of the main architects of that massacre, Ebrahim Raisi, is now president of the regime, and many of the participants in the present uprising have condemned him by name, alongside the regime’s Supreme Leader Ali Khamenei. 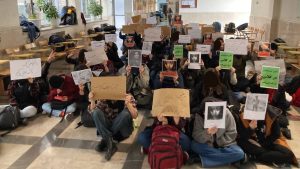 Tehran, of course, refuses to acknowledge publicly that slogans like “death to the dictator” are sincere expressions of public sentiment. Authorities and state media instead blame the movement’s broad reach and radical messaging on amorphous conspiracies by foreign “enemies” and “terrorists”.

In an effort to validate this narrative, a spokesperson for the Iranian judiciary declared on Tuesday that 40 foreign nationals had been arrested amidst the unrest. Meanwhile, the Islamic Revolutionary Guard Corps launched strikes into the Kurdish region of northern Iraq for the second consecutive day, while claiming to target separatist groups that it blames for early protests in and around the city of Saqqez, the hometown of Mahsa Amini, whose death on September 16 sparked the entire uprising.

Amini, a 22-year-old Kurd, was visiting Tehran three days before her death when she was accosted by “morality police” and accused of wearing her mandatory head covering too loosely. After being beaten severely in their custody, she fell into a coma at a reeducation center and was eventually transported to the hospital where she died. Authorities’ subsequent attempts to portray her death as resulting from natural causes established a pattern of disinformation that continues to the present day. 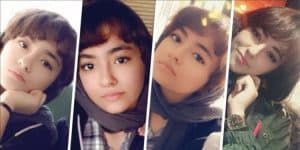 Several high-profile victims of the regime’s crackdown have been made the subjects of absurd and sometimes self-contradictory cover-stories. Two 16-year-old girls, Nika Shakarami and Sarina Esmailzadeh were separately beaten to death by security forces within the first two weeks of the unrest, and each girl’s body was withheld from her family in an apparent effort to conceal the evidence of abuse. Authorities later claimed that each girl had died after falling from a tall building, although specific explanations shifted from accidental falls to murder at the hands of a party other than the security forces, before finally settling on “suicide”.

That same explanation has since been offered with respect to a number of other young protesters, and where such claims are impossible to defend the authorities have tended to simply deny responsibility by ascribing shooting deaths to “terrorists”. This was the case, for instance, after the vehicle carrying 10-year-old Kian Pirfalak and his father was shot from multiple directions on November 17, following a surge of unrest in the southwestern city of Izeh. The authorities made no apparent effort to account for the supposed terrorists’ motives for this or the several other killings recorded on the same day and did not explain why none of the gunmen had been apprehended or killed despite the acknowledged security presence. 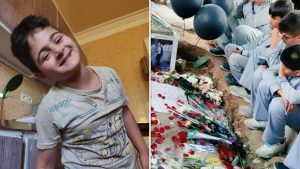 Pirfalak’s mother was unequivocal in attributing the young boy’s death to the security forces when speaking at his funeral, even saying of the authorities, “They’re lying” when they make reference to terrorists. “Plainclothes forces shot my child. That is it,” she said. But later that same day, she appeared on state television to recant her remarks in an interview and to caution against them being “misused”. This turnaround, together with the subject’s distressed appearance, brought renewed attention to the phenomenon of political detainees and the families of deceased Iranians being pressured into providing false confessions or corroborating the regime’s official narratives.

Such forced confessions were also highlighted in a CNN report on Monday which focused on Iranian authorities’ use of rape as a tactic of political repression. Referring to a recent detainee who had managed to speak about her experiences, the report stated that “security forces brought the woman’s teenage sister to the interrogation room and asked her if she was ‘prepared’ to let them rape her sister,” after which the woman gave in and provided the confession that was demanded of her.

The CNN report provides a number of other specific examples of sexual assault in Iranian detention centers, many of which were apparently punitive or simply opportunistic rather than coercive in nature. The victims of these abuses include both women and men, some of them juveniles. Certain known incidents are also shockingly violent, like that of 20-year-old Armita Abbasi, who on October 17 was hospitalized after having been detained over social media posts she made openly criticizing the regime.

While plainclothes security officers attempted to pressure medical personnel first into saying that the rapes had occurred prior to her detention and then into saying that Abbasi had been treated for “digestive problems”, the medics themselves were exchanging private messages about the true horror of the situation. These later leaked to the public, causing Abbasi’s case to amplify the people’s outrage as the deaths of Amini, Shakarami, and Esmailzadeh had done before, and as Pirfalak’s death did earlier this month.

Yet this notoriety has done nothing to promote the resolution of Abbasi’s case or any other. Rather, she remains in Fardis Prison in Karaj and is reportedly being held incommunicado, stoking concerns that she still be experiencing equally brutal abuse, especially as the authorities work to extract false confessions and prevent her from speaking out about her mistreatment in the future. 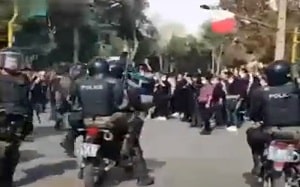 In fact, it is evident that Tehran’s strategy for managing the unrest entails isolating not only living detainees but also the bodies of those the regime has killed. There are accelerating reports of those bodies being confiscated by authorities and buried secretly, or released to mourners only on the condition that they will not hold public memorials or speak publicly about the true circumstances of their loved ones’ deaths. The High Commissioner for Human Rights expressed concern about these reports in advance of Thursday’s special session and demanded that Iran halt the practice.

Of course, there is little prospect of a meaningful response to such demands unless Thursday’s discussions yield a concrete plan of action for exerting pressure on the regime and holding its officials accountable for ongoing abuses. But in the meantime, the regime can be expected to continue struggling with repeated resurgences of domestic pressure, much of it attached to the very memorials Tehran has tried to obstruct and prevent.

Of course, the Iranian people cannot wait that long for assistance in their effort to topple the repressive regime. By the same token, the international community cannot possibly excuse any further silence over the mass shootings, killings, rapes, and other abuses that have been ongoing for more than two months now. Thursday’s special session of the Human Rights Council represents an opportunity to shine a much brighter spotlight on what is already known about the regime’s crackdown and to set the stage for the careful collection of a range of missing details.

On the other hand, no additional details should be necessary for the UN and its leading member states to commit to a course of action that includes enhanced economic sanctions, greater diplomatic isolation, and expulsion of the Iranian regime from key institutions, especially the UN Commission on the Status of Women.

In a report on October 13, Amnesty International described the Iranian regime as enjoying “pervasive impunity” with regard to “systematic crimes and gross violations of human rights.” At the time, the human rights organization attributed the deaths of “nearly two dozen children” to Iran’s security forces. Since then, more details reports have accrued and the death toll has increased significantly. The task of undermining Tehran’s impunity is now more urgent than ever.