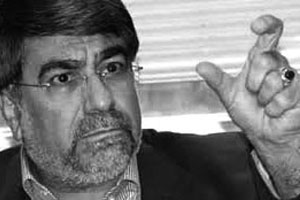 NCRI – Hassan Rouhani’s government will not issue permits for women to sing solo, Ali Jannati, the minister of Culture and Guidance has declared.

Speaking in Isfahan on Friday, Ali Jannati said: “Those political currents that to seek to weaken and destroy the government offer incorrect information to religious scholars and members of parliament and distort the issue.”

He stressed that: “The Ministry of Guidance and Culture does not issue permits for women to sing solo.”

He added: “Ministry of Guidance works in adherence to Supreme Leader’s viewpoint.”

“Any film, festival, book or music that is in contrast with revolutionary values will be stopped,” he reminded.
Makarem Shirazi, another senior mullah also showed his opposition to women singers in his lecture as a matter that “causes popular discontent”.