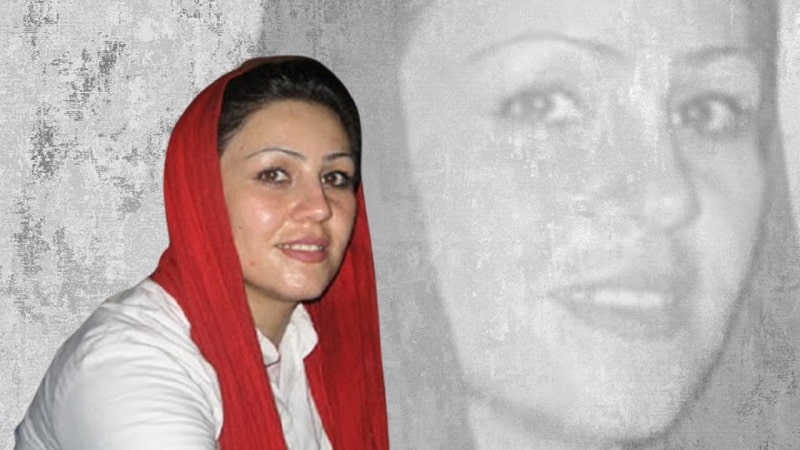 Maryam Akbari Monfared was arrested in 2009 and was held in solitary confinement for the first 43 days and denied all contact with her loved ones for a further four months after that. Her detention conditions seemed to worsen once again in 2016 after she penned an open letter following up on a formal complaint about unresolved human rights abuses from earlier in the history of the Iranian regime.

The letter highlighted that two of Monfared’s siblings – one brother and one sister – had been executed by the Iranian regime in the summer of 1988 as part of a massacre of political prisoners that have claimed over 30,000 lives. After presenting various details of those killings and the process behind them, Monfared urged other family members of the massacre’s victims to join in, demanding that its perpetrators be identified and prosecuted.

In a secondary complaint on October 30, 2016, Monfared appealed for an investigation into the matter. In response, the regime accused her of “defaming Islam” by calling attention to the theocratic regime’s crimes. Her privileges in prison were summarily reduced, and in the month after the publication of her open letter, Maryam Akbari Monfared became subject to an “Urgent Action” campaign by Amnesty International.

As well as calling attention to the prisoner’s excessive isolation and lack of access to legal counsel during pre-trial detention, the Amnesty campaign pointed out that Monfared had been denied all requests for medical leave from prison, in spite of the need for specialized treatment for rheumatoid arthritis and thyroid problems. Although appointments for such treatment had previously been scheduled, authorities allegedly canceled them after explicitly stating that her protests had been “too brazen.”

For the same reason, Evin Prison halted all family visits and phone calls for Monfared while the judiciary threatened to bring fresh charges against her. These pressure tactics were repeated in 2018 for her and two other female political prisoners – Golrokh Ebrahimi Iraei and Atena Daemi – after the three had banded together to protest being subjected to unlawful interrogations.

The prospect of new charges being filed is arguably especially threatening as Monfared approaches the end of her 15-year sentence. The Iranian regime’s judiciary has a long history of arbitrarily extending terms of imprisonment after they have technically reached their end, either by securing spurious new convictions or simply by denying the prisoner’s release without explanation.

According to Amnesty International and other human rights advocates, the primary basis for Monfared’s conviction was that she had made phone calls to surviving siblings who live in exile as members of the leading Iranian opposition group’s Mojahedin Organization of Iran (PMOI-MEK).

It was alleged connections to the MEK that spurred the regime’s execution of her brother and sister in 1988, as well as the overwhelming majority of the massacre’s victims. Two other brothers were killed earlier in the 1980s for the same reason, one of whom died under torture while the other was executed outright. When Tehran’s Revolutionary Court sentenced Ms. Monfared in May 2010, it was on charges including “enmity against God,” a term closely associated with the 1988 massacre and regularly used to justify capital punishment for members of the MEK and other pro-democracy groups.

These facts underscore the potential danger of Monfared being subject to additional prosecution in the wake of her protests. By extension, they also underscore the courage underlying those protests themselves. Her 2016 complaint was the first such action taken over the 1988 massacre by any Iranian prisoner. It has made her something of a cause célèbre among Iranian opposition activists and a subject of particular anxiety and concern.

With ongoing pressure and suppression of political prisoners in general and especially female prisoners in Iran, it is time for the Western countries and especially the EU, to stop their appeasement policy towards the Iranian regime and put more pressure on the regime to release the political prisoners and accept International bodies to visit Iran’s prisons. The European countries must clarify to the regime that any relationship with the regime is conditional on respecting Iranian people’s human rights.

On Wednesday, Mrs. Maryam Rajavi, the President-elect of the National Council of Resistance of Iran (NCRI), reiterated a longstanding call for international inspections of Iran’s prisons and especially their political wards. She also urged the United Nations’ special rapporteur on violence against women to investigate the health conditions of Ms. Monfared and other female political prisoners who have been similarly denied access to vital medical care.

Once again, I reiterate the need for an international delegation to visit Iranian prisons and meet with prisoners, esp. the political prisoners in #Iran. #FreePoliticalPrisoners