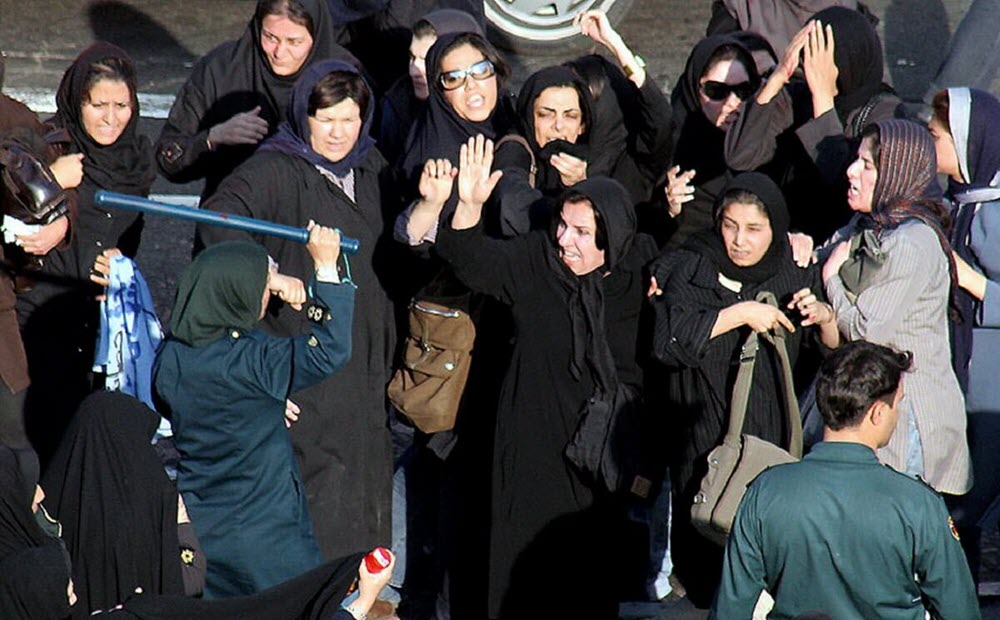 The Women’s Committee of the National Council of Resistance of Iran (NCRI) has published a new report looking in women’s rights in Iran, specifically the clerical regime’s violations of those rights and the brave activists fighting for those rights.

The report, entitled “A Glance At Women’s Rights In Iran Under The Mullahs’ Rule”, was published earlier this month and looks into the rights of women across all sectors in Iran.

The Women’s Committee said that a reliable measure for freedom in any society is to look at the situation of women, explaining that the initial crackdown on women’s rights by regime founder Ruhollah Khomeini was a “prelude to absolute suppression of everyone’s rights and freedoms in Iran”.

This discrimination against women began in the mullah’s Constitution and soon made its way into all penal and civil codes, which meant that women were “systematically discriminated against” with their rights denied.

This discrimination only ramped up following Khomeini’s death because the mullahs needed to crack down on the population, who were growing angrier every day and seemed likely to overthrow the Regime. It became a cornerstone of the mullahs’ rule, so let’s look at the main areas of discrimination.

Women face “structural barriers” to employment because the regime believe that women’s role in life is to get married and have children, with the ridiculous notion that they were created “physically and emotionally” for this by God. Therefore, the mullahs’ consider women’s employment not to be a main issue and refuse to remove discriminatory laws.

This means that women who need to work in order to put food in their families’ mouths are forced to accept jobs with low salaries, unsafe conditions, no insurance, no bonuses, and no job security.

Iran’s regime forces women to wear the Chador, a head-to-toe black veil, despite the fact that 70% of Iranian women do not believe in it, according to a July 2018 report by the Research Centre of the regime’s Majlis (Parliament).

The majority of Iranian women only observe the veil because they are coerced into it or fear the punishments for not observing. The 1983 Punishment Code states that women appearing in public without the religious veil can be punished with 74 lashes of the whip.

Over the past four decades, at least 26 government agencies are tasked with imposing the veil in society, with dozens of branches of the so-called morality police created to monitor women closely in all social environments.

Even the Ministry of Higher Education instructed all universities to form Hijab Committees in 2016 and create plans on how to inform, guide, and deal with violators.

The Women’s Committee wrote: “Although the situation in Iran is extremely oppressive for women and they have borne the brunt of repression for the past 40 years, they are not submissive contrary to the regime’s expectation. Gender discrimination, gender segregation, and various restrictions have made Iranian women not just rebellious but also very resilient. And they have been fighting all along in every field to open their way forward despite numerous obstacles and restrictions.”