Written by The Editorial Board
13th June 2019 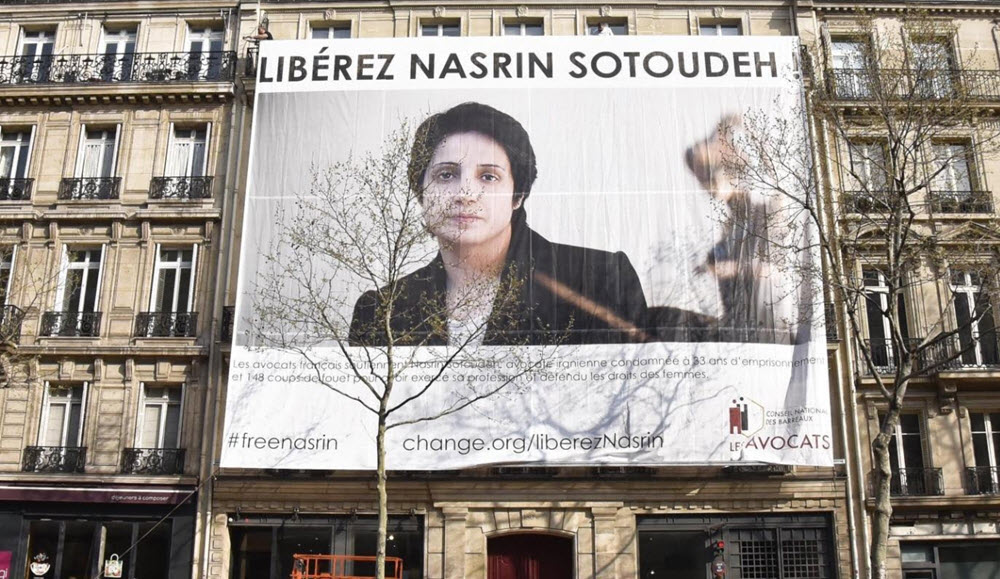 Supporters of Amnesty International have signed a petition to express their anger at the sentencing of Iranian human rights lawyer Nasrin Sotoudeh to 38-and-a-half years in prison and 148 lashes, following two grossly unfair trials, and demanding her immediate and unconditional release.

Philip Luther, Research and Advocacy Director for the Middle East and North Africa at Amnesty International, said: “The cruel sentence handed down to Nasrin Sotoudeh for defending women’s rights and standing up against Iran’s discriminatory and degrading forced veiling laws has sent shock waves around the world. The injustice of her case has touched the hearts of hundreds of thousands of people who, in a moving display of solidarity, have raised their voices to demand her freedom.”

He continued: “We hope the support for Amnesty International’s campaign shows Nasrin Sotoudeh that, despite having to face an agonizing ordeal, she is not alone. Her continued detention has exposed the depths of the Iranian authorities’ repression on an international stage. Today we are sending them a clear message: the world is watching and our campaign will continue until Nasrin Sotoudeh is free.”

Sotoudeh’s case is part of the regime’s wider crackdown by the Iranian authorities over the past couple of years in a desperate attempt to silence those advocating for human rights in the country. That’s why Amnesty is calling, yet again, for the regime to stop attacks on human rights defenders, including lawyers and activists, who are charged with vague national security crimes, denied access to a lawyer of their choosing, given unfair trials and rushed sentencing, before being imprisoned in conditions that do not meet international standards.

Sotoudeh is due to serve at least 17 years in prison under the Iranian regime’s sentencing guidelines.

She was arrested on June 13, 2018, and charged with vague national security charges. In March 2019, she was sentenced to 33-and-a-half years in prison and 148 lashes for her human rights work.

This was added on to a sentence of five years in prison that she was handed in a separate case, also related to her human rights work, in September 2016.