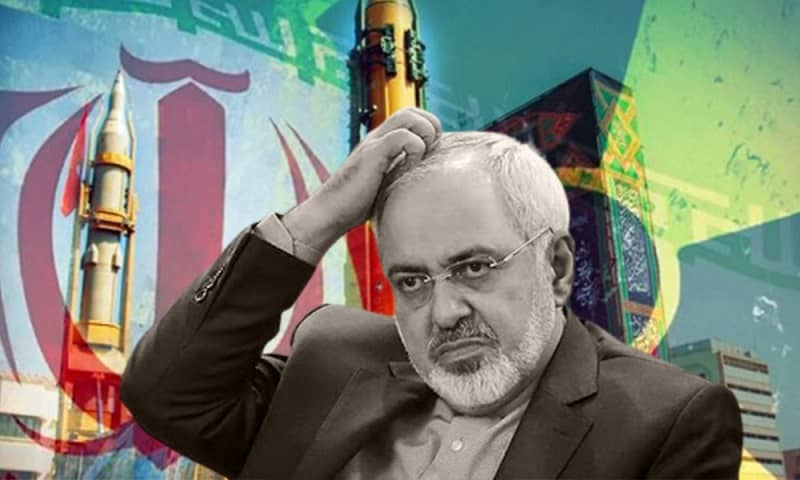 Zarif’s leaked comments underscore what Iran regime critics have always known about the fundamental alignment between “hardline” and “reformist” factions within the Iranian regime. Even though the audio recording made headlines by featuring rare criticisms of the tensions between Iran’s paramilitary actions and its diplomacy, Zarif used other portions of the interview to express his acceptance of a situation in which military concerns take precedence, and military leaders have the final say in foreign policy decisions. Zarif also reiterated his earlier public reminiscences about close friendships and working relationships with Qassem Soleimani, the commander of the terrorist Quds Force, who was killed in a US drone strike at the start of 2020.

Among those earlier remarks was a speech Zarif gave at the IRGC headquarters in 2019, shortly after the US designated the entire paramilitary group as a terrorist organization. That designation had long been applied to the Quds Force in recognition of the role it has played in conflicts spanning the Middle East and beyond.

Zarif described his invitation as a great honor, thereby contradicting any notion that the Guards and the Foreign Ministry were deeply at odds. Although the purpose of that visit was ostensibly to defend the newly-sanctions IRGC divisions and activities, his speech soon focused attention on Soleimani and foreign interventions by the Quds Force. Zarif boasted about holding weekly meetings with Soleimani to discuss a joint foreign strategy, and he professed that neither man saw any significant differences between their views.

If Zarif’s more recent interview walked back that latter claim, it did not walk it back very far. Instead, it offered listeners a deeper recognition of the overlap between Tehran’s diplomatic and paramilitary infrastructure. Zarif explicitly acknowledged that the diplomats he oversaw, including ambassadors to Iraq and Syria, were drawn from within the ranks of the IRGC. Such a career path raises serious questions about a diplomat’s commitment to his position’s presumed goals of conflict avoidance and resolution. It also comports with an emerging picture of how the Iranian regime misuses its embassies and diplomatic personnel to advance malign activities in the surrounding region and throughout the world.

That picture came into much sharper focus in February, with the conviction in a Belgian court for Assadollah Assadi and three Iranian-European operatives he had contracted for the attempted bombing of an expatriate gathering near Paris in June 2018. At the time the attack was thwarted by European law enforcement, Assadi had been serving as the third counselor at the Iranian embassy in Vienna. The position enabled him to smuggle explosives into Europe on a commercial flight, using a diplomatic bag. It also allowed him to make connections across the continent, including untold numbers of operatives and his three co-conspirators in the Paris terror plot.

Ultimately, the leaked interview demonstrates that Zarif willfully embraced hardline dominance of Iranian foreign policy, and his job was to implement those policies and at the same time pretend to be a “reformist” inside the regime. The outcome has a message for Western governments and international bodies. It should amplify their concerns about the possibility of another figure like Assadi emerging from Iran’s “moderate” and “hardline” game and between its diplomacy and its terrorism.

If international media insists upon portraying Zarif’s interview as a sign of ongoing feuds between the two factions, it only turns a blind eye to the regime’s dirty game of “moderate” and “hardline,” which now Zarif has acknowledged loud and clear. At best, Zarif’s commentary revealed that Western outreach to him or other so-called moderates are pointless. At worst, he tacitly admitted that the only likely outcome of that outreach is to legitimize the hardline views and tactics that are broadly shared among officials who serve Iran’s theocratic dictatorship.