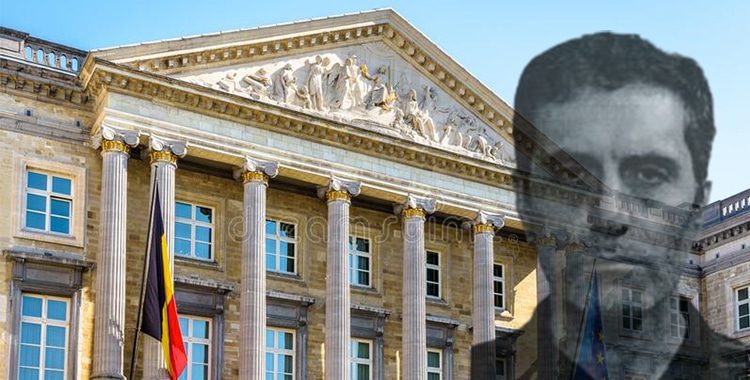 This past Tuesday, the Belgian parliament held a committee hearing on Foreign Affairs, very nearly one month after the conclusion of a terrorism trial involving a high-ranking Iranian diplomat Assadollah Assadi. The proceedings raised significant questions about whether, and how, Brussels intends to pursue accountability from higher up in the Iranian regime.

On February 4, a criminal court in Antwerp issued a 20-year sentence for Assadollah Assadi, and sentences of 15, 17, and 18 years for three co-conspirators in a 2018 plot to set off explosives at a gathering of Iranian expatriates in France. An Iranian-Belgian couple was found in possession of the bomb that was to be used in the attack before they were able to cross the border. Another accomplice was arrested after having separately infiltrated the target venue, and Assadi himself was arrested a day later in Germany, before being extradited to Belgium.

The trial, which began last November after a more than two-year investigation, established that Assadi had personally smuggled the explosives from Iran to Europe, using a diplomatic pouch onboard a commercial flight. At the time, Assadi was serving as the third counselor at the Iranian embassy in Vienna, and he reportedly exploited the position both to evade ordinary security screenings and to facilitate the development of a much larger network of intelligence and terrorist operatives than was activated for the attempted attack on the Free Iran gathering.

Documents recovered from Assadi’s vehicle at the time of his arrest indicated that he had visited and provided cash payments to assets spanning at least 11 European countries. The investigation also established that this network was not a freestanding entity established on Assadi’s own initiative but maintained close connections to the Iranian Ministry of Intelligence and Security, and by extension to the regime’s leadership. Prosecutors in Assadi’s case made it clear that the French terror plot was expressly ordered by high-ranking authorities and undertaken in the name of the Islamic Republic.

These facts were reaffirmed in Tuesday’s parliamentary committee hearing, with participants seemingly citing them as support for policies that maintain pressure on the Iranian regime in the wake of Assadi’s conviction.

“The court considers the suspects to be a terrorist group within the MOIS,” said committee chairman Els Van Hoof. “They had been summoned several times to travel to Tehran and were engaged in gathering information, finding targets, and organizing effective attacks on events. In addition, according to the ruling, the Iranian regime has never distanced itself from the attack.”

Insofar as the four persons who were convicted in February were only part of a much larger network, it stands to reason that the specified activities are still ongoing in some fashion, or are at least due to resume in the near future. This conclusion has been expressed by numerous European lawmakers in the month between the Antwerp court’s verdict and the parliament’s hearing on the impact of that case.

In an online conference held in the immediate aftermath of Assadi’s conviction, Michèle de Vaucouleurs, a member of the French National Assembly, declared that in order to prevent repetition of the sorts of threats that were exposed at the time of the 2018 Free Iran rally, “diplomatic relations with the Iranian regime should be suspended and only restored after a democratic transition takes place.”

In the same conference, former Norwegian Member of Parliament Lars Rise went even further by declaring, “After receiving today’s verdict, all European leaders have to add an arrest warrant for Zarif to their to-do list.” He was referring to the widely-held belief that the involvement of a high-ranking Iranian diplomat in the 2018 plot is proof that the Foreign Minister and other top officials were directly involved.

Even before Assadi’s conviction, the call for retaliation against such officials had been expressed in multiple statements bearing the signatures of dozens of European lawmakers. “Iranian Foreign Minister Javad Zarif must be held accountable… the activities of Iran’s embassies, religious and cultural centers need to be scrutinized and the diplomatic relations with Iran need to be downgraded,” said one such statement from the Brussels-based NGO the International Committee in Search of Justice.

The Belgian government has still taken no official position on these sorts of recommendations in the wake of Tuesday’s hearing. But Foreign Affairs Minister Sophie Wilmès did make it clear that Brussels will not be deterred by threats from the Iranian regime. The hearing addressed past and ongoing Iranian efforts to link the Assadi case to cases involving Western nationals who have been imprisoned in Iran and are widely believed to be hostages and prospective bargaining chips in the regime’s negotiations with Western powers.

Wilmès specifically highlighted the case of Ahmadreza Djalali, an Iranian-born medical researcher who holds Swedish citizenship but was previously employed in Belgium as well. Last November, right around the time that Assadollah Assadi first went on trial, Djalali was moved into solitary confinement, ostensibly as a precursor to his execution. The threat to his life was believed to be part of an effort to pressure Belgian authorities into releasing Assadi or downgrading his charges, but Brussels quickly countered by warning of the possible severance of diplomatic and trade ties if the execution went forward.

Tuesday’s hearing seemed to provide for the reiteration of that position, with Wilmès saying of Assadi and Djalali, “For Belgium, these are two completely separate cases.” She went on to say that “that, of course, does not diminish our concern for Mr. Djalali’s fate.” But by keeping the two issues separate, Brussels appears to be signaling its intention to use other methods apart from prisoner swaps or related concessions as part of an effort to safeguard Djalali and others like him.

It remains to be seen, however, exactly what those other methods are and whether they include the sorts of sanctions and other high-pressure tactics that the International Committee in Search of Justice and other serious critics of the Iranian regime have advocated both before and after Assadi’s terrorism conviction.