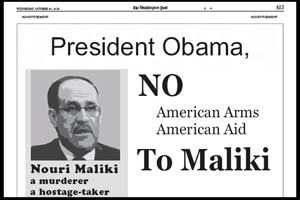 NCRI – Iraqi prime minister Nouri al-Maliki has been branded a ‘murderer and hostage-taker’ in a full page advertisement in the the Washington Post.

The announcement from the National Association of Iranian Academics in Britain also urged President Barack Obama to halt all aid and arms sales to Iraq until the seven Camp Ashraf hostages are released.

“The Iraqi government mass executed 52 defenseless Iranian dissidents at Camp Ashraf on September 1 at the behest of its masters in Tehran.

“44 members of congress demand halt to arms to Iraq, until hostages are released.”

The advert also reminded President Obama that all the victims were protected person under the 4th Geneva Convention and the US had promised to protect them.

At the time of attack by the Iraqi forces only some nearly one hundred people were residing in Camp Ashraf of which 52 members of Iranian opposition the People’s Mojahedin organization of Iran (PMOI/MEK) were executed by Iraqi forces. 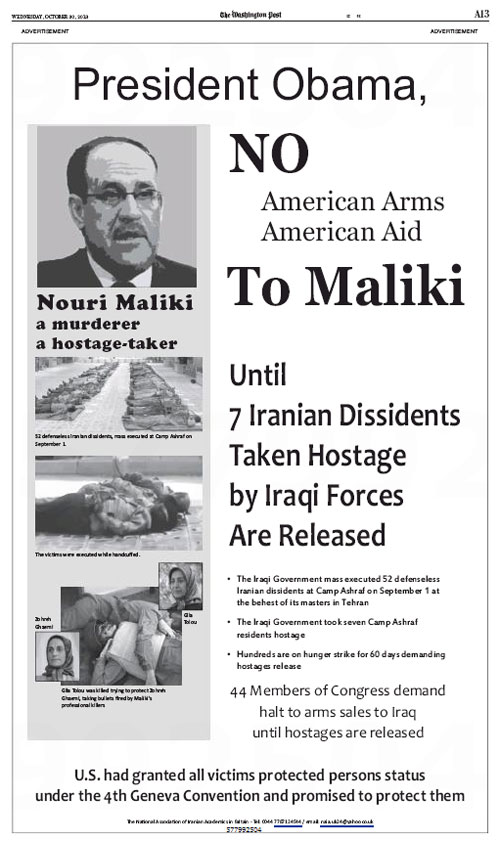