Iraq’s Maliki in D.C.: Take Down the Welcome Sign

Written by The Editorial Board
31st October 2013 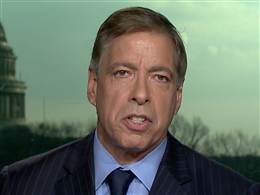 Despite our ill-conceived investment of blood and treasure to bring a new era to Iraq, Maliki has doubled down on America’s Iraqi disaster by orchestrating his own surge of sectarian violence not seen since the worst days of Iraq’s post-Saddam black years of 2006-2008. The unraveling of the shaky social compact the U.S. left behind has resulted in the deaths of 7,000 Iraqis this year alone. By most accounts Iraq is heading toward an unchecked meltdown, and Maliki would like us to believe he deserves a red carpet welcome as the innocent plaintiff in the upheavals he created, not as the felonious defendant he should be adjudged.

And to top off his disastrous management of Iraq, he wants Washington to legitimate his charade by endorsing his bid for re-election in Iraq’s crucial 2014 elections.

In a White House meeting this Friday Maliki will present President Obama with a shopping list of sophisticated weapons, including Blackhawk and Apache choppers, F-16 fighter jets, and drones. No matter what transpires in the Oval Office, Maliki will waltz out of that meeting boasting in Arabic to his Shiite followers that he is Washington’s preferred leader. That spin must not go unchallenged by the White House.

The President should think twice and then again before rewarding the increasingly authoritarian Maliki with any additional military assistance without conditions that Maliki must objectively and verifiably meet.

1. Despite urgent pleas from the president and vice president, Maliki has continued to facilitate the transshipment of arms to Syria’s Assad in absolute violation of UN Security Council Resolutions barring such arms transfers.

2. On September 1st, 52 defenseless Iranian opposition political refugees were
slaughtered, and seven taken hostage at Camp Ashraf by Iraqi para-military assassins linked to Maliki and Iran, despite Malki’s written and verbal pledged to Washington and the United Nations that he would guaranty the safety and protection of the 3,000 refugees stranded in Iraq desperately awaiting resettlement in the U.S. and abroad.

Shockingly, U.S. State Department minions — zealously overprotective of Maliki and worried about the consequences of his government’s role in the murders and abductions at Ashraf, and the public anger it has stoked in Congress — have foolishly seconded Maliki’s sloppy cover-up despite overwhelming evidence to the contrary corroborating the role of Iraqi forces tied to his regime in the execution of the hideous crime. Congress is having nothing of the Foggy Bottom alibi-making since it is devoid of any proof validating Maliki’s denials that no Iraqi forces orchestrated the attacks.

A bipartisan group of senior Congressional leaders have written to President Obama threatening to withhold further U.S. military assistance to Iraq until Maliki is held accountable for the outrage by releasing the hostages his government is secretly detaining; compensating the families of the victims, and commits United Nations supervised Iraqi regular forces to protect the remaining inhabitants of Camp Liberty to ensure that no further harm comes to the refugees.

3. Maliki’s launched a destructive campaign to persecute and discredit any prominent Sunni of influence and deployed his Iranian-managed shadow paramilitary to hunt down, imprison, and torture any Sunni foe — single-handedly destroying the painstakingly negotiated constitutional framework designed to provide Sunnis and Kurds with a governing role. He is ghettoizing Sunnis across Iraq and disenfranchising Sunni Iraqis, including Kurds. By driving Sunni Iraqis into the arms of al Qaeda, sectarian terrorism has returned with a vengeance to Iraq, fueling a wave of daily bombings and enabling al Qaeda to reestablish bases from which to launch its terrorism in Syria, as well.

4. Maliki has become an unapologetic Iranian supplicant, creating an unholy alliance with Tehran that has undermined U.S. goals in Syria, undermining the relative security and success of Kurdish Iraq, and providing Iran with vital intelligence against U.S. naval forces in the Persian Gulf.
What is to be done to prevent Maliki from destroying Iraq completely?

Iraq desperately needs to return to sectarian reconciliation and the U.S. must not reward Maliki until he puts Iraq back on a democratic path and ends his persistent persecution of Sunnis.

Additionally, Maliki must be held culpable for the September 1 murders and hostage taking that occurred at the refugee detention center at Camp Ashraf and the continuing Iranian-instigated attacks on the 3000 political refugees that remain under forced detention at Camp Liberty. President Obama must fulfill America’s written guaranties to protect these refugees by warning Maliki that the U.S. will personally hold him responsible for their safety and security until they are resettled abroad and will suspend assistance if any further harm comes to them. Otherwise, Congress will take matters into its own hands and cut assistance completely.

To ensure Maliki gets the message, President Obama should publicly reiterate America’s guaranty to the refugees to expedite their transfer to a safe haven pending resettlement and demand that Maliki do everything possible to ensure America’s word is honored.

Finally, Maliki’s government must abide by UN Security Council resolutions and cease enabling Iran to transfer arms to Syria. Maliki’s tiresome denials have grown rancid. It time for the White House to put some teeth in its warnings by tying Maliki’s shopping list to verifiable cessation of these arms transfers which continue to fuel the calamity in Syria.

Iraq’s future depends, in large part, how the President Obama manages Maliki on Friday. His administration has so much to forfeit if it conveniently sweeps under the rug Maliki’s culpability in the outrages that have befallen his nation.

Congress apparently has more courage than the State Department to hold Maliki to account for his growing list of abuses, outright deceptions, and the policy of violent vengeance he has unleashed against his and Iran’s opponents inside Iraq.

A measurable dose of White House backbone can go a long way in righting Iraq’s sinking ship by forcing Maliki to live up to his duties and responsibilities. Many innocent lives depend on it.