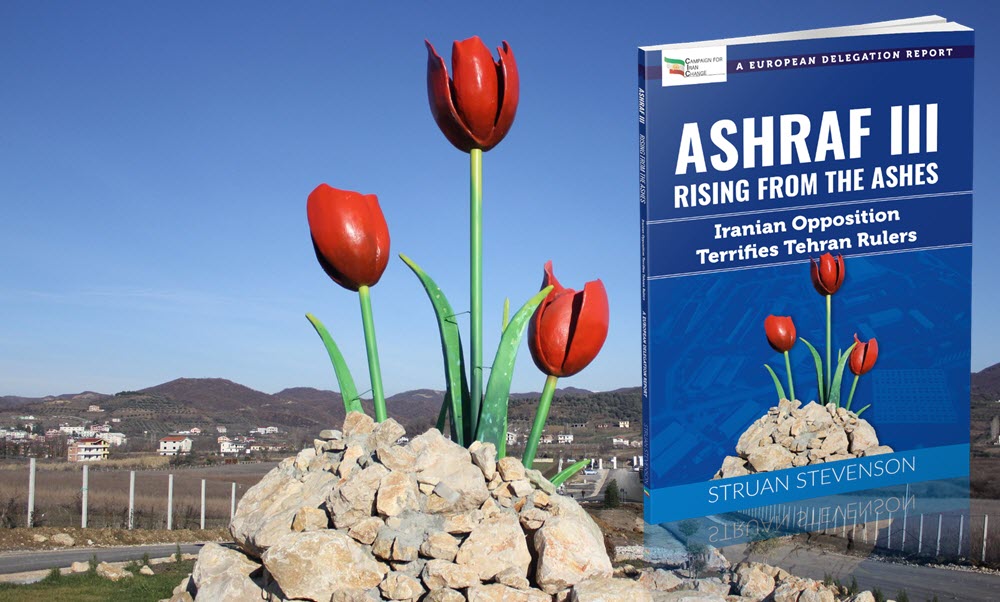 This European delegation report recalls the suffering of several thousand men and women members of the Iranian democratic opposition, People’s Mojahedin Organization of Iran (PMOI or MEK). They were living in exile in Camp Ashraf and later Camp Liberty in Iraq. After the withdrawal of the US military, they were left at the mercy of the vicious Iraqi Prime Minister Nouri al-Maliki and his masters in Tehran. Finally, the tiny country of Albania, agreed to provide them with a safe haven in Tirana.

Now the “Ashrafis”have a home and have made friends with the local Albanians. Their fortitude and stamina has acted as a beacon of hope for the 80 million beleaguered citizens of Iran who hope and pray for freedom from oppression and now look to the MEK as the harbingers of a future of democracy, justice, and peace.

The author visited the Iranian opposition center, Ashraf III, with 2 senior Members of the European Parliament, Tunne Kelam & Jaromir Stetina, and spoke with the residents to hear their stories as well as observing the progress they have made in setting up their new home.

The report goes into some detail of the chaos that has engulfed Iran, leading to the first anniversary of the nationwide uprising. It shows how the clerical regime has reacted with brutal force, killing, imprisoning and intimidating the Iranian population, rather than seeking to resolve the crisis. The report shows how the mullahs have reacted to the threats to their regime by ramping up their sponsorship of international terror and cyberwarfare, as well as a demonization campaign against their main organized opposition.

The report is highly critical of the EU’s High Representative for Foreign Affairs – Federica Mogherini – for her continued attempts to ignore the blatant abuse of human rights that take place in Iran on a daily basis.

To buy the book, order on Amazon: