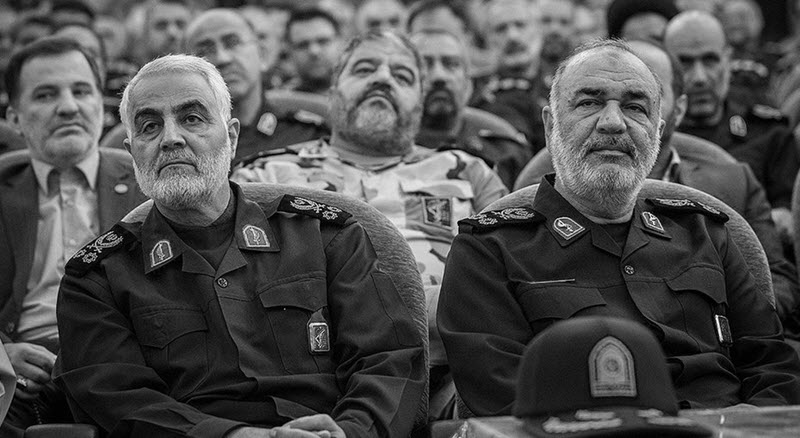 With the U.S.’ zero-export-policy firmly in place, Iran’s regime officials are concerned about compensating for the lack of incoming foreign currency. The country is already embroiled in debates between opposing factions of the ruling elite to determine the right way to approach the international community.

Iran regime’s Leader Ali Khamenei and President Hassan Rouhani claim Iran will sell as much oil as it wants despite the new no-waiver policy going into effect at the end of May for Iran’s oil exports. And, Iran has already lost a great amount of money due to sanctions.

Meanwhile, from inside the regime many voices are speaking out. For instance, former senior Iran regime’s diplomat Seyed Hossein Mousavi says the “crises riddled U.S.-Iran relations will depreciate over time.” Mousavi emphasized, “Adding the Islamic Revolutionary Guards Corps (IRGC) to the Foreign Terrorist Organization (FTO) list shows the increasing seriousness of the U.S. government’s animosity vis-à-vis the Islamic Republic of Iran. This is a provoking approach that without a doubt U.S. president Donald Trump will continue over the next two years. Based on such an approach, Iran’s vital national interests require the officials responsible for the country’s national interests to have a thorough understanding of the coming situation and making the right decisions on time.”

Following these comments, Mousavi asked Iranian regime’s officials not to wait for the next U.S. presidential election, which will probably result in a change in the U.S. administration. He warned, “Firstly, Trump’s approval rating has risen and there are no guarantees that Democrats will win the elections. Secondly, the destruction in the first two years and until the end of Trump’s first term will be so severe there will be no escape for the next elected [president].”

An example of how many representatives of the ruling elite are following Mousavi’s advice, Iranian Foreign Minister Mohammad Javad Zarif recently visited the U.S. and granted an interview with Fox News. The interview, aired on Sunday, shows Zarif attempting to drive a wedge between Trump and senior members of the U.S. administration. Zarif referred to them as the “B team,” and said that they are trying to push U.S. President Trump “into a confrontation he doesn’t want.”

A political analyst close to Rouhani’s so-called moderate camp, Ahmad Zeidabadi, warns about the internal political division, “In order for a consensus over not negotiating [with the U.S.] to succeed, even if it is a right decision, it needs a consensus to handle the situation inside the country, which there is no prospect for.”

Zeidabadi implicitly supports negotiating. “If the officials want to take up the initiative in the face of increasing foreign pressure, they shouldn’t be afraid of new decisions.”

The devastating consequences for the Iranian economy due to the decrease in oil exports is examined by the Jomhouri Eslami newspaper, close to Rouhani’s faction. The newspaper suggests three solutions:

“There are at least three sources that could potentially cover the lack of income due to decreasing oil exports:

– Reforms in how public subsidies are paid,

– Removing state-set prices for some products, such as petrochemicals and stopping to distribute currency at state prices.”

However, the Ebtekar daily, also close to Rouhani’s faction, warns about covering the oil deficit out of the peoples’ pockets. It warns, “Targeting the people solely to cover the damages inflicted by sanctions… can create a new crisis in the societal, economic, and political fabric of the country.”

It continues, “To fundamentally change the country’s economy, you can not only count on the people. Decision-making institutions must have the utmost resolve to welcomes changes from within. This needs a powerful and multidimensional mechanism for leaving some interests that haven’t been challenged until this very day.”