A Presbyterian church in the city of Tabriz in north-western Iran was forced to close. Intelligence agents are said to have “stormed” the church. The Christian community is very concerned about this recent development. The intelligence agents told the churchwarden to leave the 100-year old building and changed the locks. The cross was taken down from the church tower and worshipers have been told they no longer have the right to attend services there.

It is believed that the regime’s Ministry of Intelligence (MOIS) officers were joined by agents from the state run Eiko agency which is directly overseen by Supreme Leader Ayatollah Ali Khamenei. Eiko came to being as a result of a large number of properties that were seized after the 1979 revolution. As well as taking properties from ordinary people, Eiko seized property belonging to religious minorities. 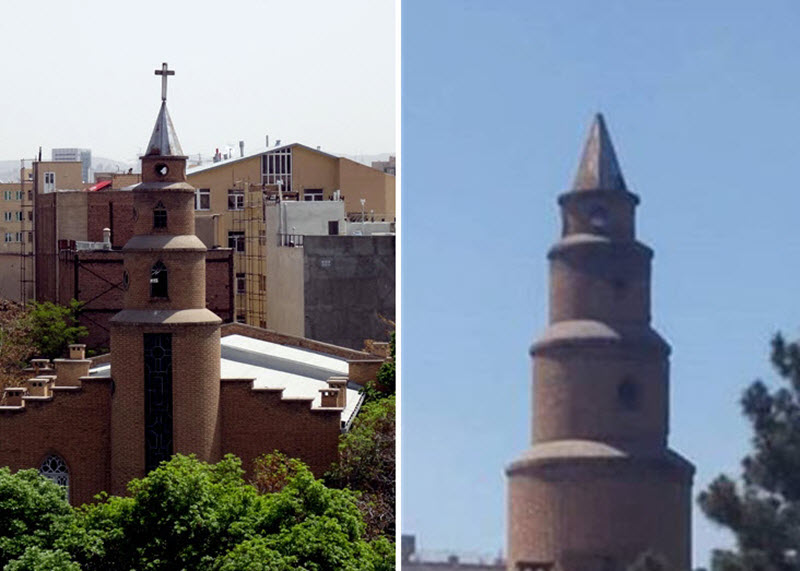 Religious minorities have always been a target of the Iranian regime. They have faced discrimination from authorities over the past four decades and have been prevented from practicing their faith freely.

The Armenian and Assyrian Christians that attended the church in Tabriz have been left shocked, scared and concerned. They are normally able to practice their religion as they wish, provided that they do not hold services in Persian and provided they do not allow Muslim-born Iranians to attend their worship.

The same church was seized by court order eight years ago. However, since the seizure and until now, the church members had been allowed to continue holding services there.

The people of Iran, not just the religious minorities, are fed up with the regime’s religious rule. The people of Iran want to end this fundamentalist rule that is not representative of the people’s peaceful desires. They want regime change.

Mrs. Maryam Rajavi, the president-elect of the main opposition to the Iranian regime, the National Council of Resistance of Iran (NCRI), also wants the future Iran to be free from religious rule. She has a 10-point plan that sets out how the future Iran will be. As well as gender equality, democracy, human rights for all, peaceful foreign policy, Mrs. Rajavi emphasises the importance of a separation of state and church. “Any form of discrimination against the followers of any religion and denomination will be prohibited.”

The Iranian regime is not going to last much longer. It is in the final stages of its existence and it is cracking down on its campaign of suppression. It mistakenly thinks that it is able to use force, threats and intimidation to pressure the people into submission. However, after four decades of oppression, the people are not going to give up on their demands for regime change.

The people know that they are close to living in an Iran that is free from the rule of the mullahs and they are bravely standing up to the regime even though they know that they are risking arrest, imprisonment, torture and even execution. They will, with the help of the main opposition, be the force behind regime change.