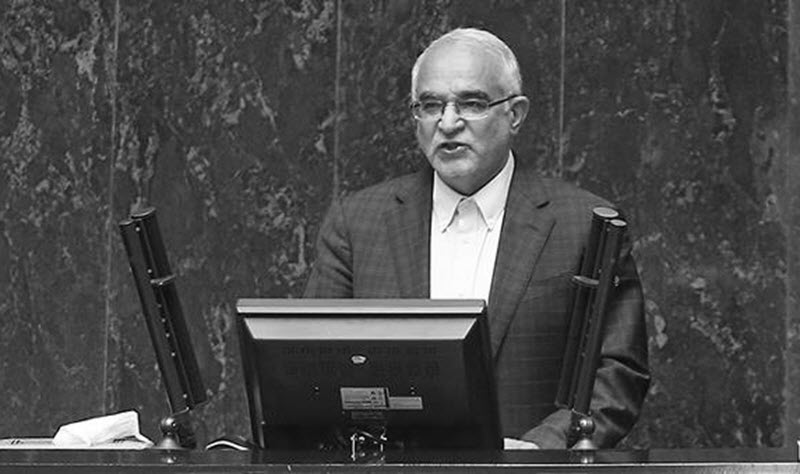 The leaders of the mullahs regime are a bunch of revolutionary guards, torturers and thieves

Yesterday, head henchman Abdolreza Masri, a member of the Death Committee in Kermanshah province during the massacre of political prisoners in 1988, became deputy speaker of the parliament of religious fascism ruling Iran.

Between 1981 and 1986, when the criminal mullah Ali Fallahian was the religious judge of Kermanshah, Mesri was the head interrogator and torturer in this province. This henchman was the deputy of the Kurdistan Prosecutor’s office for a while and has been serving as a prosecutor in the Kermanshah prosecutor’s office and has been active in the torture and execution of many political prisoners.

Abdolreza Mesri, who must be brought to justice for crimes against humanity, was appointed Minister of Welfare and Social Security in 2006 and as the Ambassador of the Mullahs in Venezuela in 2009.

During the infighting within the regime in recent years, it has been revealed that Mesri’s education credentials was fake and he has had many cases of embezzlement and corruption in the Ministry of Welfare and Social Security.

In the Velayat-e Faqih regime, ministers, ambassadors, members of parliament, governors and other officials are either revolutionary guards or torturers. The members of the clerical parliament, whose speaker is a Revolutionary Guard and his deputy was involved in the massacre of 1988, have a black record of repression, torture, execution, export of terrorism and fundamentalism, and the plunder of the property of the Iranian people.

Secretariat of the National Council of Resistance of Iran
May 27, 2019