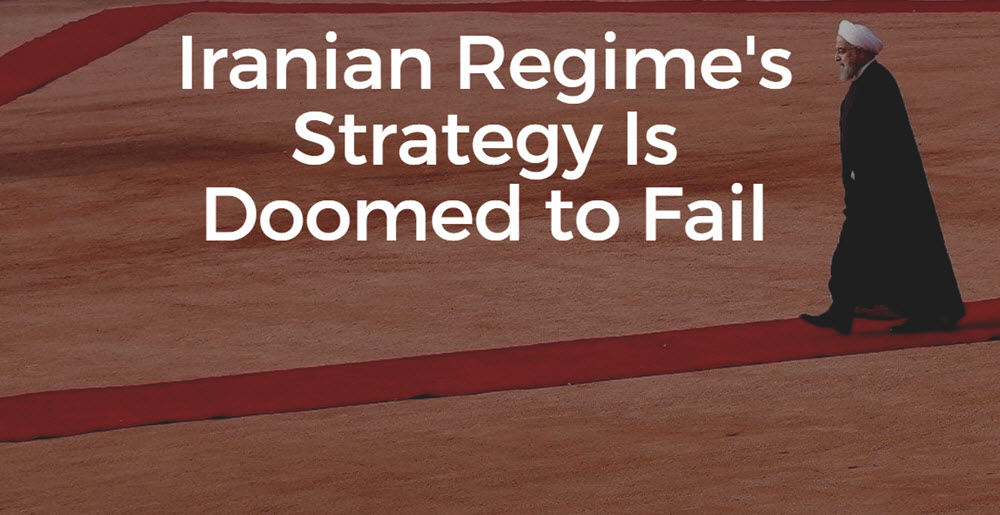 Iran’s foreign policy can only be described as aggressive and belligerent because it has directly contributed to worsening the Shia and Sunni Muslim divide. Furthermore, there are increasing tensions between Persians and Arabs.

Iran’s goal is to spread Shia influence across the whole of the region and beyond via the revolution’s ideology.

When Khomeini took power and founded the clerical regime, he gave Shia clerics absolute power and allowed it to be exportable to the rest of the world.

Furthermore, it was an intended goal and was no secret. He declared that God is not recognised because he does not exist – it is Allah and his messenger Mohammed that should be recognised across the entire world. He dismissed anything else as a “puppet regime” that he ironically described as “tyrannical”. He also declared that the Islamic government would be based on justice and would serve the people. Two blatant lies that have never been true since he took power all those decades ago.

Instead of respecting differences, the regime has been challenging the legitimacy of anything that differs to itself. Iranian officials use the Islamic ideology to justify its interference in the affairs of its neighbours.

Minorities in Iran are not recognised. They are denied all rights, even the most basic, and are brutally supressed if they dare speak out about what they have been subjected to. Even larger minorities are treated despicably, including Sunni Muslims and other non-Persians such as Turkmen, Arabs and Kurds. Their requests to have cultural autonomy have not just been denied, but brutally quashed by the regime.

Iran regime’s foreign policy has brought utter chaos to the Middle East and Western governments have expressed their concern. The threat that Iran presents extends much further than the Middle East, as we are in no doubt about following the number of attempted assassinations and terrorist plots during last year alone. Thankfully the plots were foiled by European authorities and intelligence agencies, failing which there would have been huge numbers of deaths and casualties.

The Iranian regime’s strategy is doomed to fail and its future is on very shaky ground. For the first time in many years, the U.S. administration is working towards changing the regime’s behaviour and neutralising the very significant threat that it currently presents to the entire international community.

President Trump and Secretary of State Pompeo have often talked about changing the regime’s behaviour but this is something that will be impossible to do. It will never be able to change its foreign policy precisely because it is based on the export of the revolution and the spread of terror.

It is possible that they know it is impossible to change the regime’s behaviour and that the ultimate goal is regime change, although this has never been explicitly stated. Regime change is a goal of the people of Iran who know that this is the only option that exists for them. All they need is the support of the international community, without which the regime will continue to grasp onto power.