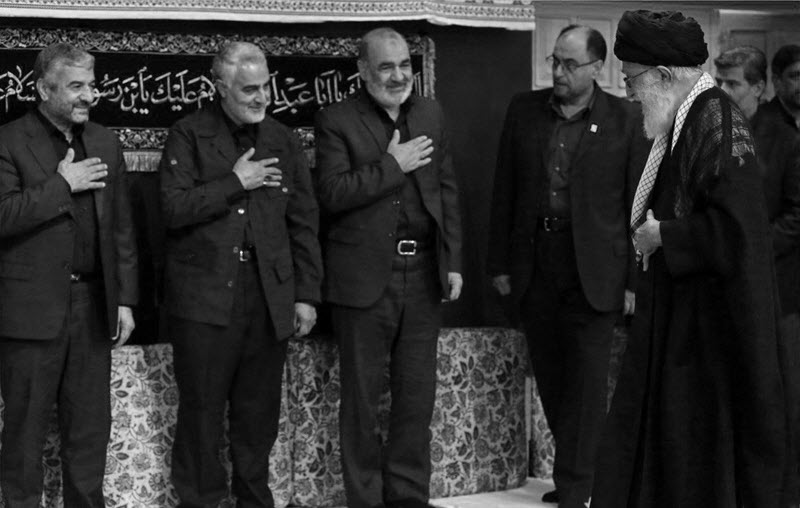 The United States under the Trump administration has declared on a number of occasions that it will not accept Iran regime’s belligerence. It is in the midst of a maximum pressure campaign and it recently announced that the U.S. has designated the Iranian regime’s Islamic Revolutionary Guard Corps (IRGC) as a foreign terrorist organisation (FTO).

Last year, President Donald Trump announced that the United States would be exiting the Joint Comprehensive Plan of Action (JCPOA), or 2015 Iran nuclear deal as it is commonly known. Tough economic sanctions were also re-imposed and the administration announced last month that the waivers allowing certain countries to continue importing Iranian oil would not be renewed.

At the beginning of the week, the U.S. announced that it was sending an aircraft carrier and a bomber taskforce to the Middle East after it received a “credible threat” from Iran regime. John Bolton, the president’s national security adviser, made the announcement on Sunday.

In a message on Twitter, defense secretary Patrick Shanahan called on the Iranian regime to “cease all provocation”. He said that the United States will hold the regime accountable “for any attack on US forces or our interests”.

On Wednesday this week, the U.S. Central Command chief Marine Corps Gen. Kenneth McKenzie spoke about the decision to send the carrier and taskforce to the Middle East explaining that it sends a very clear message to Iran and its allies that any attack it instigates “will be met with unrelenting force”.

He said: “If a fight is to be had, we will be fully prepared to respond and defend our interests. And it won’t be a fair fight.”

McKenzie reiterated that the United States is not seeking war with Iran, rather it is taking a “deliberate approach” to make it clear that the U.S. is ready to respond to any further threats by the Iranian regime.

The United States has always prided itself on its ability to defend itself and it is quite right to say that it would not be a “fair fight” between the two countries. Iran is in a very delicate position and is a much weaker military force than the United States.

McKenzie further emphasised the Trump administration’s position on Iran by highlighting that the Iranian regime is providing extensive support to a number of already designated terrorist groups such as Hamas, the Popular Front for the Liberation of Palestine, the Palestinian Islamic Jihad and of course the Lebanese Hezbollah. He also reiterated that the Iranian regime is contributing to the humanitarian crisis in Yemen with its support of the Houthi rebels where the regime is “trying to create a Hezbollah-like state”.

In another move against the Iranian regime, the U.S. issued more sanctions regarding the country’s iron, steel, aluminium, and copper sectors just hours after the Iranian president declared that the regime would resume uranium enrichment activities.