NCRINational Council of Resistance of Iran
EN FR DE IT AR ES AL
HomeBlogOp-edEurope Is Off to a Good Start With Sanctions, but Soon Must...
BlogOp-ed

Europe Is Off to a Good Start With Sanctions, but Soon Must Target Iran’s Leadership 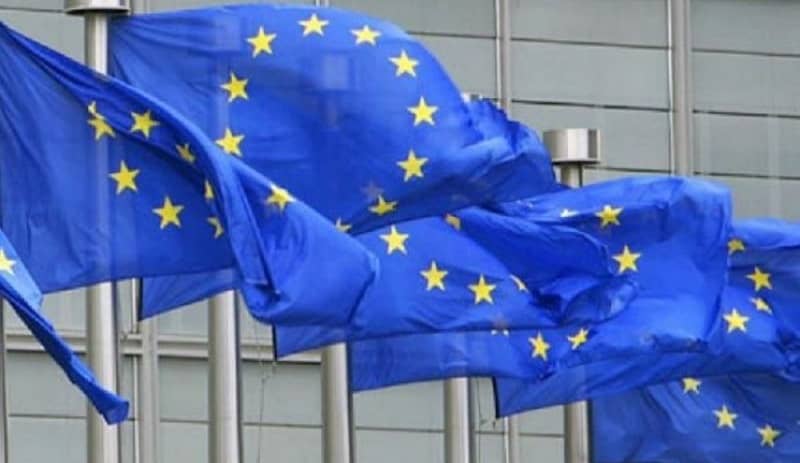 Last week the European Union imposed new human rights-related sanctions on eight officials from Iran’s paramilitary and security forces. Among the targets of the latest asset freezes and travel, restrictions are the top commander of the Islamic Revolutionary Guard Corps, Hossein Salami. The EU’s announcement correctly notes that Salami played a prominent role in the crackdown on dissent following the start of a nationwide uprising in November 2019, but the ultimate value of the associated sanctions will depend in large part on whether European demands for accountability stop there or continue to work their way of the chain of command.

The new sanctions are unfortunately the only significant measures implemented by the EU in response to the crackdown that took place nearly a year and a half ago. The long delay reflects a Western aversion to a conflict that had already been on display for six years beforehand. No other sanctions have targeted human rights violations since 2013, even though countless abuses have been recorded during that time.

Whereas some Western policymakers were hopeful that that year’s election of the regime’s President Hassan Rouhani would set the stage for a moderating trend in the Iranian government, the reality of the situation is arguably the opposite. Since 2013, the theocratic dictatorship has moved to expand enforcement of many of its most hardline principles, as well as its restrictions on the public expression of dissent. The consequences include stricter gender segregation in Iranian society, countless prison sentences for women who defied the countries forced veiling laws, greater poverty and disenfranchisement for marginalized groups, and consolidation of government control over both traditional media and the internet.

The second-tier consequences include a general increase in a public backlash against the repressive system and the November 2019 uprising was the apex of this trend. It was preceded in January 2018 by another nationwide uprising, albeit one that was somewhat smaller and that encountered slower and less intense reprisals from regime authorities. Still, the death toll from that initial uprising was estimated at several dozen, with several individuals having reportedly been tortured to death in Iranian jails. This paled in comparison to the impact of the second uprising, which involved the IRGC opening fire on crowds of protesters in many of the almost 200 participating localities.

Amnesty International very quickly reported that there was clear evidence of the regime’s gunmen discharging their weapons with fatal intent, so it came as little surprise to close observers when the National Council of Resistance of Iran estimated the death toll at around 1,500 individuals. This figure was eventually confirmed by Reuters News Agency, by way of three anonymous sources in the Iranian Intelligence Ministry. Officially, that government entity maintains that no more than 250 people were killed, but the NCRI has identified more than 800 individuals by name.

Independent reports of the crackdown stand side-by-side with the regime’s attempted cover-up in underscoring two conclusions. Firstly, foreign intervention over such human rights abuses is necessary because it is clear that the Iranian regime is not going to hold its own operatives accountable. And secondly, the absence of such intervention exposes the Iranian people to serious risks, since domestic activists are clearly committed to exposing the regime’s crimes, whether or not they are in a position to personally stave off more of the same.

With its latest sanctions, the EU has at least sent a message that it is no longer willing to turn a blind eye to Iran’s violent repression of dissent, as it was from 2013 onward. But that message needs to be reinforced, both for the regime and for an activist movement that appears to be on the rise again after a long period of relative quiet during the pandemic.

As welcome as the new EU sanctions are, they fall short of providing those reasons, in part because their enforcement is limited both in terms of how it will be enforced and in terms of whom it is targeting. If figures like Hossein Salami cannot travel or access personal assets in foreign banks, their lives may become more difficult, but it will have little impact on their handlers in the Iranian regime.

But those authorities are equally if not more culpable for the killings in November 2019, not to mention the laundry list of crackdowns, restrictions on free speech, and contributions to declining quality of life in Iran over the preceding six years. Western policy needs to target them, as well. It needs to do this not just for the sake of ordinary Iranians who are agitating for freedom and democracy, but also for the sake of their own nation’s security. If Iran has reasons to believe its impunity is still intact, the consequences will surely reach beyond the country’s borders.

This has very nearly happened already. In the summer of 2018, European authorities thwarted a terror plot that would have involved explosives being detonated at a gathering of Iranian expatriates just outside Paris. Hundreds of political dignitaries were also in the crowd, including lawmakers and scholars from the US and Europe. The four known participants in that plot, including a high-ranking Iranian diplomat, have since been prosecuted and convicted in a Belgian court, but the leadership of the European Union has hardly mentioned the incident, and its member states have not been much better.

This is a shocking dereliction of duty, considering that the Belgian prosecutors repeatedly affirmed that the terror plot was not the work of rogue operatives but was ordered from high within the Iranian regime. Resistance activists have even gone so far as to say that Supreme Leader Ali Khamenei and the supposedly moderate President Rouhani were both involved by way of the Supreme National Security Council. The same is most certainly true of the crackdown on dissent in November 2019, and so if Western governments fail to hold those leading authorities accountable, they will be tacitly overlooking serious Iranian human rights violations both at home and abroad.

There is a clear alternative to this negligence. It begins with extending sanctions all the way up to Iran’s chain of command, and it ends only when the ruling system either makes definitive commitments to a change of behavior or faces overthrow at the hands of a restive population that has been led to believe it will have support from the international community when the time for revolt has come.