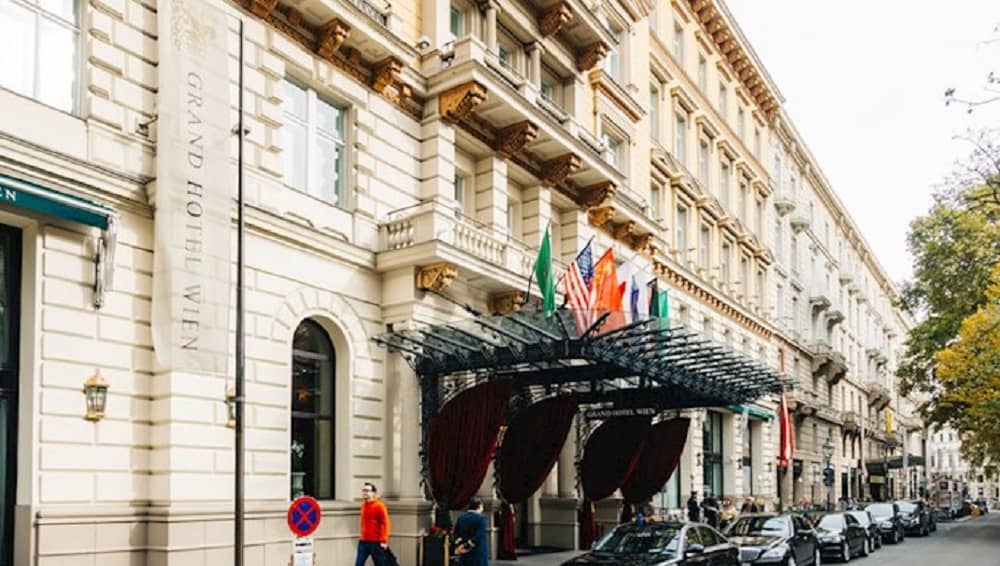 Iranian regime’s President Ebrahim Raisi marked the end of his first year in office on Monday with a televised speech that lasted for two hours and covered a wide range of topics. One might expect that efforts to revive the 2015 Iran nuclear deal would have been a major focus of that speech, but in fact, Raisi did not address the Joint Comprehensive Plan of Action until after the halfway point. When he finally did, it was only to reiterate the Iranian regime’s excessive demands, thereby casting further doubt on the prospect of a final agreement, as well as on the value of that agreement for its Western signatories.

Raisi’s delay in addressing the topic may have been part of a strategy to give the impression that Tehran is unconcerned with the possibility of the JCPOA collapsing completely. Indeed, during the recent back-and-forth over the “final text” submitted by the European Union, some Iranian officials explicitly claimed that the United States needs an agreement more than the Iranian regime does.

This is, of course, nonsense. The Iranian economy has now been in freefall for years, and this has been a major driving factor in multiple anti-government uprisings that have taken place since the start of 2018. The Iranian regime needs the return of sanctions relief under the JCPOA in order to maintain its own hold on power, though that outcome is by no means guaranteed even if an agreement is ultimately implemented. With that latter fact in mind, Raisi is no doubt feigning a casual attitude toward negotiations in hopes of securing more concessions from the US, Britain, France, and Germany.

By explicitly claiming that Tehran doesn’t need the deal, Raisi and his colleagues are implying that the Iranian regime might simply walk away from the negotiations if its Western partners don’t act quickly enough or give the regime exactly what it wants. Raisi’s speech reinforced that implication with its focus on the regime’s longstanding public commitment to a “resistance economy” capable of mitigating the impact of economic sanctions.

None of this should be taken seriously in the West, however. If Tehran had ever intended to walk away, it should have done so already. The US and its allies have repeatedly made it clear that some of the regime’s negotiating positions are non-starters and will never be given serious consideration, and yet Iranian negotiators have remained in Vienna off-and-on for 17 months reiterating those demands while Tehran enforced multiple lengthy pauses in order to draw out the talks and preserve the possibility of more extensive concessions.

In June 2021, the negotiations were suspended upon Raisi’s appointment as president, which many experts believed would mark an extremely hardline turn in the regime’s behavior both at home and abroad. That gap in the talks ultimately grew to five months, with Raisi continually assuring the international community that an agreement would be concluded “soon”, even as his administration oversaw the dramatic growth of Iran’s nuclear project.

When the Vienna talks finally resumed, they did so with a newfound Iranian focus on irrelevant issues like the Islamic Revolutionary Guard Corps’ designation as a foreign terrorist organization by the US State Department. Meanwhile, the regime continued to downplay its own very public violations of the JCPOA, arguing that higher-level enrichment and larger stockpiles of uranium were all reversible advancements, which should not have any impact on the demands or penalties imposed by other signatories.

This point was contradicted last year by Rafael Grossi, the director general of the International Atomic Energy Agency, who said that an alternative or supplementary agreement would be necessary in order to extend Iran’s “breakout” period for a nuclear weapon back to what had ostensibly been achieved while the JCPOA was still in force. At the time, Grossi also highlighted Tehran’s refusal to fully cooperate with a probe into the past military dimensions of its nuclear program, and earlier this year the IAEA’s board of governors formally censured the Iranian regime over this matter.

In retaliation, Iranian nuclear facilities began dismantling cameras that were to be used for future IAEA monitoring. This preemptive obstruction was made more alarming by the fact that it closely coincided with Tehran implementing plans to install new arrays of advanced centrifuges at key facilities, some of them fortified underground. Three “cascades” of those centrifuges began operating in the underground portion of the Natanz nuclear site in recent days, just around the time of Raisi’s speech.

Ironically, in spite of overlooking the nuclear issue for an hour, that speech seemed to substantiate concerns about Iran’s violations, even going so far as to contradict prior remarks about “reversible” advancements, effectively confirming what Grossi said about the need for restrictions that extend beyond the original terms of the JCPOA. But this is something that the regime as a whole and Raisi, in particular, have rejected at every turn, notwithstanding their own demands for the IRGC to be delisted and the existing nuclear deal to be reinforced with impossible guarantees of its permanence and positive impact on Iran’s economy.

Some of the latest reports about the EU’s “final text” state that Tehran has finally conceded one of these points. But others suggest that Iranian authorities have merely adopted a different tactical approach, accepting the IRGC’s terrorist designation for the time being while still working to empower that hardline paramilitary by pursuing relief from sanctions that target its financial instruments specifically.

Furthermore, at least two other unresolved issues remain and Tehran has explicitly stated that it expects negotiations to continue well into September. This belies the EU’s description of its latest proposal and it reinforces the perception that Tehran’s main objective is to stretch out the process for as long as possible, in hopes of preventing the JCPOA’s collapse while also avoiding the concessions that would be required to revive it.

This strategy already appears to have succeeded in extending the Vienna talks more than eight months beyond the late 2021 deadline that its Western signatories initially set. That deadline was later revised to January or February of 2022, after which American and European officials agreed that they were on the very cusp of a deal in March, even as Tehran was enforcing yet another long-term pause in the negotiations. At every turn, Iran’s centrifuges continued spinning and the potential efficacy of a revived JCPOA was diminished yet again.

There must come a time when the Western signatories decide that enough is enough. In fact, that time should have come and gone months ago, but the JCPOA has dominated American and European perspectives on Iran policy for so long that they can’t seem to envision another way forward. What they should understand is that while that deal has remained on life support, the Iranian regime has grown increasingly vulnerable, on account of persistent sanctions as well as domestic unrest, much of it focused squarely on Raisi.

In his speech on Monday, Raisi aimed once again to project an image of strength and stability for the Iranian regime, but its adversaries should not take this any more seriously than the regime’s claims that all its nuclear advancements are reversible or that none of them are intended to make Iran a nuclear power.