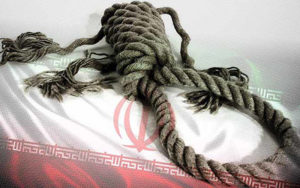 Iran’s Latest Internationally Condemned Execution Should Lead to the End of Impunity
On Saturday, the Iranian judiciary carried out the death sentence for Ruhollah Zam, a journalist who had been living in France before he was lured to Iraq with a prospective story, then kidnapped by the Islamic Revolutionary Guard Corps and taken back to Iran. There, he was subjected to lengthy interrogation and torture. A forced confession and unfair trial soon led to his conviction on the vague charge of “spreading corruption on earth” last June.

The death sentence had been the subject of widespread condemnation by human rights groups and Western lawmakers in the six months leading up to its implementation. Unfortunately, though, this translated into very little concrete action on the part of European governments, which have often been prone to appeasement in their dealings with Tehran’s malign activity.

Many advocates for these prisoners have urged much more assertive strategies that aim to demonstrate that Tehran will face serious consequences for the continuation of its malign activities. But this advice has largely fallen on deaf ears and now those advocates can be expected to highlight the danger of additional political prisoners falling victim to fates similar to Zam’s. That danger has loomed large for more than a year following mass arrests in the wake of a second nationwide uprising in November 2019.

That movement revived and expanded upon the uprising in less than two years earlier, and it spread to nearly 200 Iranian cities and towns within days of the inciting incident: Tehran’s announcement of a sudden increase in the price of gasoline. When outrage over economic mismanagement rekindled chants of “death to the dictator,” the regime responded with panic over the prospect of regime change, shutting down the internet, opening fire on crowds throughout the country and conducting law enforcement sweeps of the activist community.

According to on-the-ground reporting from the People’s Mojahedin Organization of Iran (PMOI-MEK), the death toll from that crackdown quickly reached approximately 1,500, while the number of arrests exceeded 12,000. Most of those detainees remain under threat of execution to this day, and their plight was highlighted by Amnesty International in September, with a report titled “Trampling Humanity” which detailed many of the forms of torture that had been inflicted against persons who took part in the uprising.

The MEK’s parent coalition, the National Council of Resistance of Iran, made reference to the 2019 uprising and subsequent crackdown in its statement responding to Zam’s execution. Arguing that Iran’s leadership is increasingly fearful of additional unrest leading to its overthrow, the NCRI wrote that the Iranian regime uses “such criminal executions in a bid to create an atmosphere of terror, to intimidate its internal factions, and to thwart the eruption of popular uprisings.” For this, the coalition concluded, prominent Iranian officials must be held accountable, lest their crackdowns on dissent continue to escalate, with consequences for other Iranian-European dual nationals, as well as domestic activists and dissidents.

On one hand, European governments responded to the news of Zam’s arrest both with outraged public statements and with some scaling-back or relations. Monday was scheduled to be the start of a Europe-Iran Business Forum, but this was promptly cancelled by the French, German, Austrian, and Italian foreign ministries. Meanwhile, the entire European Union condemned Zam’s execution “in the strongest terms” and noted a lack of due process rights and the “denial of human dignity and integrity.”

Still, longtime critics of Western policies toward Iran are skeptical about the EU’s willingness to maintain this posture over the long term, especially given that conciliatory public statements have followed a wide range of Iran’s other malign activities.

Early in December, EU foreign policy chief Josep Borrell commented publicly on his most recent discussions with Iran’s Foreign Ministry and made mention of no specific commitments other than reviving and enforcing a nuclear agreement that remains on life support nearly a year after Tehran ceased compliance with all the terms of that deal. This would be a questionable European diplomatic posture under any circumstances, but the implication of Iranian impunity was strengthened by Borrell’s refusal to mention a Belgian court case that had begun just days earlier against a high-ranking Iranian diplomat.

That individual, Assadollah Assadi, was employed as the third counsellor at the Iranian embassy in Vienna in 2018, when he used his diplomatic position to avoid security screenings and smuggle an explosive device into Europe. He then delivered the bomb into the hands of an Iranian-Belgian couple with instructions to convey it to the annual gathering of Iranian expatriate activists which took place just outside of Paris on June 30 of that year, under the banner of the NCRI.

Had Assadi’s plot been successful, it would have most likely killed or injured some of the hundreds of Western political dignitaries who participated in the event alongside other attendees. In deciding to downplay or avoid mention of that incident, European officials like Borrell have effectively turned a blind eye to direct threats against Western lives and property, even though the ongoing court case makes it clear that those threats were coming not from a rogue operative but from a terrorist-diplomat operating explicitly on orders from the Iranian regime.

If silence in the face of that threat is an accurate description of the posture that the EU and its Member States are prepared to fall back on, then it should come as no surprise that they were unwilling to adopt assertive policies in time to give Ruhollah Zam a better chance of survival. By extension, it would come as little surprise if they declined to stand by those policies in the wake of his execution or to put forth more effort to save the life of whichever political prisoner is the next to come within the Iranian regime’s crosshairs.

Iran: The End for Mullahs in Sight