Pompeo: We Must Confront Iran Regime in Middle East 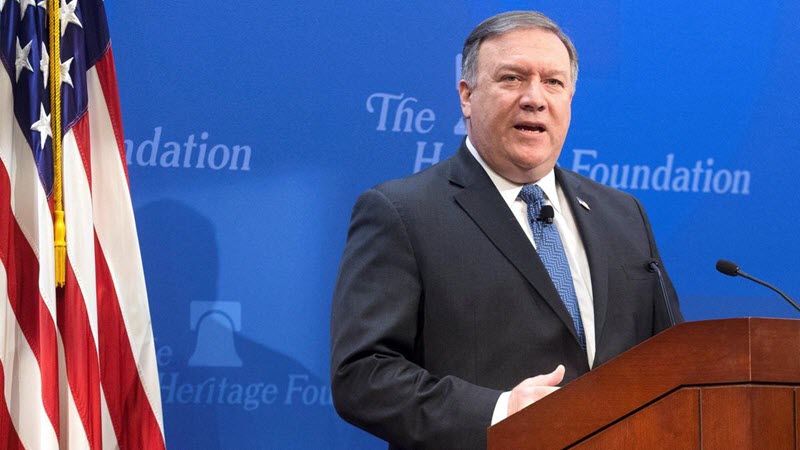 US Secretary of State Mike Pompeo has visited eight countries in one week, meeting with royalty and elected officials, to unite the Middle East behind the idea that Iran’s regional influence must be rolled back and their militias must be confronted because the Iranian Regime poses “the greatest threat of all” to the region through its “campaigns of terrorism and destruction”.

Pompeo said that the Iranian regime seeks to control “five capitals” in the region, namely Iraq, Syria, Lebanon, Yemen, and Iran, which is something that the Iranian mullahs have previously admitted to.

His message was well received by many Sunni Arab leaders, who tend to consider Iran a threat, to begin with.

Ayman Safadi, Jordan’s foreign minister, said: “We all have problems with Iran’s expansionist policies in the region. All Arab countries and I think the United States too, would want healthy relations based on the principle of non-intervention in the internal affairs of the other, and respecting the sovereignty of other countries.”

However, while many in the region agree that something must be done about Iran, the question remains “how?”

The Iran-backed militias in the region vary wildly in terms of size and structure, making it hard to find a solution that would work to confront all of them.

There are small groups in Syria that fight for the Bashar Assad dictatorship on behalf of Iran but are largely independent of each other. (Tackling them may be even harder since the US decided in December to withdraw 2,000 troops from the country, despite promising that they would remain until all Iranian-backed forces were gone.) There are groups in Iraq that have no centralised political capital but are incredibly influential in the oil-rich south, while Hezbollah in Lebanon has roughly half the seats in the government, meaning that they can influence policy in favour of Iran.

Michael Knights, a senior fellow at the Washington Institute for Near East Policy, said that Iran’s support of militias was “a tricky model of expansion to counter”, but that the US should continue with its calibrated and gradual approach.

A unified Arab coalition against Iran could work. Indeed, Pompeo noted that Egypt, Oman, Kuwait, and Jordan had all been “instrumental in thwarting Iran’s efforts to evade sanctions”, while Bahrain was combating Iran’s “illicit maritime activities” in the region. However, it would require resolving many substantive issues among Arab countries.

While Saudi Arabia, and the United Arab Emirates are keen to lead the charge against Iran in the region, many smaller countries with less military influence would be reluctant to join.

However, one of the most important things that Pompeo said during his trip related to the Iranian people, who have been taking part in widespread anti-regime protests for over a year.

He said: “Our effort is to make sure that the Iranian people get control of their capital, and that it becomes a nation that is normal and isn’t conducting terror campaigns that are unrivalled anyplace else in the world.”

Previous articleTuesday’s Iran Mini Report – January 15, 2019
Next articleEU Sanctions on Iran Are “Positive Sign” but More Must Be Done