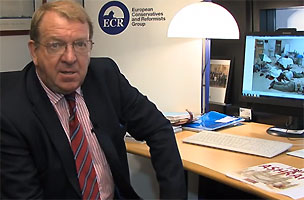 NCRI – Mr Struan Steven, the President of the European Parliament Delegation for Relations with Iraq describes how the massacre of Camp Ashraf was carried out by Iraqi forces on September 1.

Mr Stevenson has demanded the EU, US and the United Nations to act immediately to act to: