Written by The Editorial Board
11th August 2021 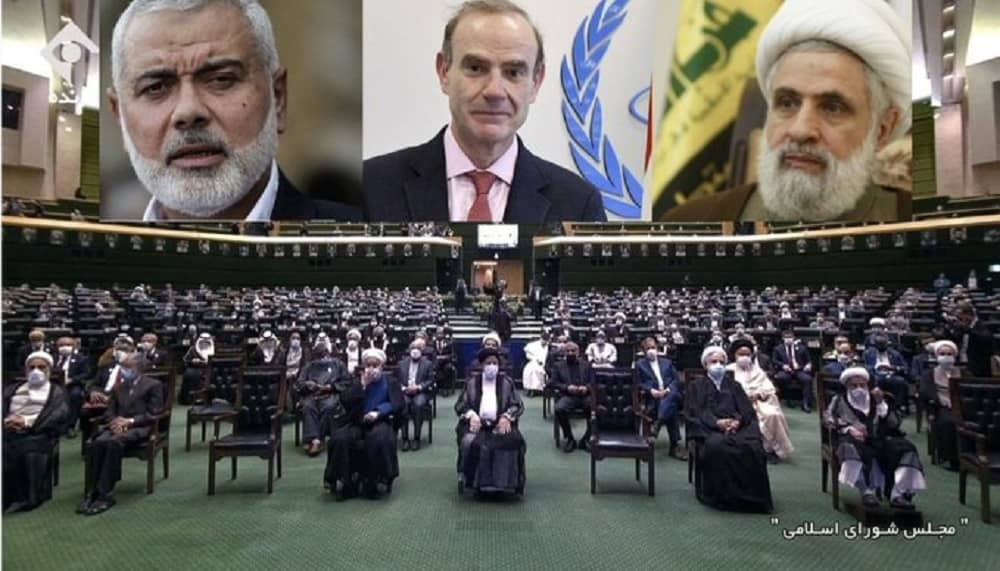 Last week, the Iranian regime’s president, Ebrahim Raisi, was formally inaugurated in a public ceremony that included a who’s who of international pariahs and terrorists. More chilling, however, was the presence of a senior representative from the European Union.

The attendance of Enrique Mora, the Deputy High Representative of the European Union for Foreign Affairs and Security Policy, has been lambasted by members of the European Parliament and many others.

The EU’s decision to legitimize the presidency of a mass murderer makes a mockery of Europe’s commitment to upholding human rights. The UN High Commissioner for Human Rights, the UN Special Rapporteur on Human Rights in Iran, seven UN Special Rapporteurs, Amnesty International, and 152 leading international human rights experts, have called for an international investigation into Ebrahim Raisi’s role in the 1988 massacre, which killed over 30,000 political prisoners. Over 90% of them were affiliated with the main opposition Mujahedin-e Khalq (MEK).

The inauguration is also taking place while the regime’s repressive forces fire live ammunition at protesters who take to the streets in various parts of the country to call for democratic change.

Deciding to attend the inauguration of the henchman of 1988 is an affront to the Iranian people. Moreover, the ruling regime will consider it as a green light to continue with the export of terrorism and warmongering.

In fact, during the inauguration ceremony, the EU representative was humiliated and seated in the second row behind a number of well-known terrorists supported by the regime. 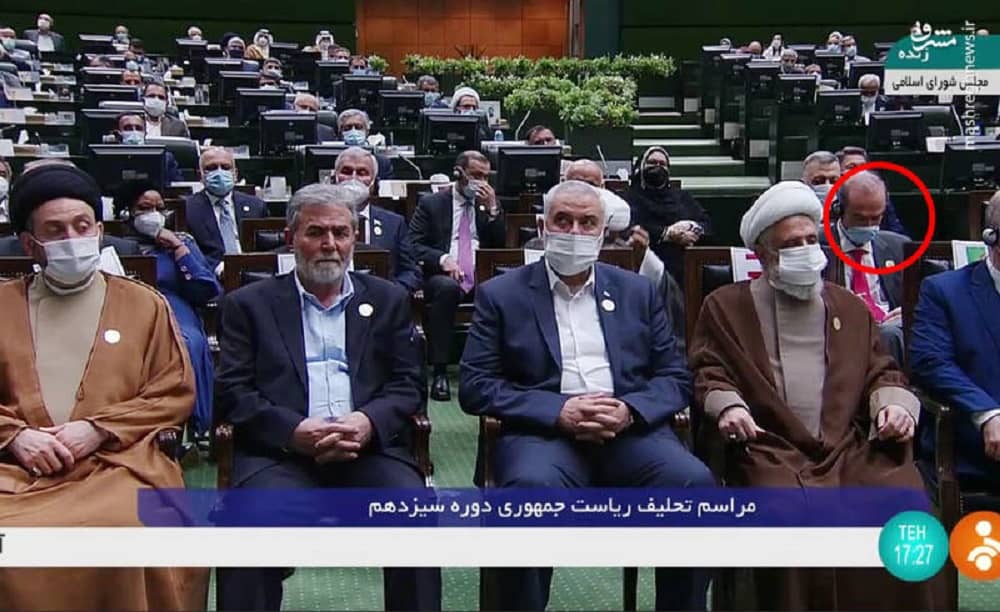 And immediately after the inauguration on Friday, Raisi met with the heads of pro-regime terrorist groups and underscored the need to intensify their “attacks” and to boost the presence of Tehran’s mercenaries in the region.

The regime is clearly taking the EU’s reckless decision as a green light for its human rights abuses and terrorism.

Raisi met with representatives from Hamas, the Iraqi al-Hashd al-Sha’bi, the Lebanese Hezbollah, the Palestinian Islamic Jihad and Yemeni militias.

During a meeting with Ismail Haniyeh, the head of Hamas political bureau, Raisi emphasized the regime’s full support for inciting war in the region under the banner of defending Palestine and said: “There has never been, and never will be, any doubts about this policy.”

At his meeting with Hezbollah’s Sheikh Naim Qassem, Raisi described the group as a “successful and comprehensive role model.”

Known as the “1988 Henchman” by the Iranian people, Raisi is a widely reviled figure who came to power after a sham election, which was resoundingly boycotted by the Iranian people. According to opposition tallies, less than 10 percent of eligible voters participated in the election farce.

Since then, mass protests have flared up across Iran, most notably in Khuzestan province and dozens of other cities in July. The Iranian people have chanted “death to dictator” while making clear their desire to overthrow the entire regime.

In these circumstances, the reckless presence of a senior EU diplomat at Raisi’s inauguration has not only sent a disastrously wrong message to Tehran, but it also signals that the EU is blatantly ignoring the regime’s horrific crimes against humanity and its persistent murder of peaceful protesters.

By disregarding the voice of the Iranian people, the EU has enabled the regime to regroup its criminal forces and marshal foreign mercenaries to further destabilize the region and the world.