Written by The Editorial Board
7th December 2021 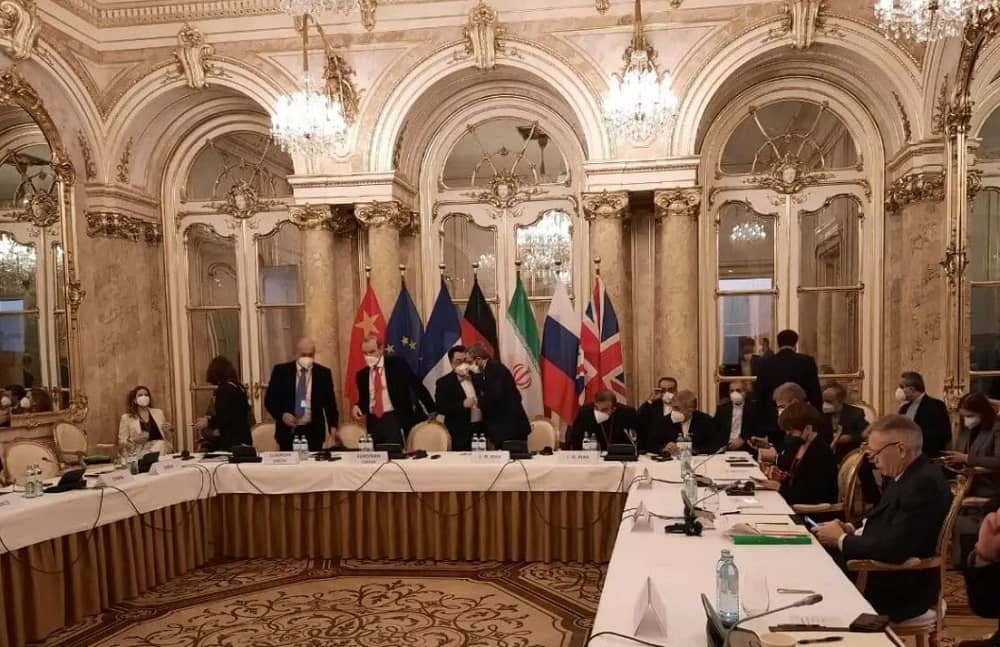 The latest attempts to revive the 2015 nuclear deal with the Iranian regime failed last week. As expected, the Iranian regime doubled down on its nuclear blackmail. Three days after talks with world powers resumed on November 29, Tehran hastened work at a nuclear facility dug deep into a mountain. At the same time, it added to a laundry list of maximalist demands. All this led even the Europeans to warn that unless Tehran shifts quickly, negotiations are headed for collapse.

U.S. Secretary of State Antony Blinken said “Iran right now does not seem to be serious about doing what’s necessary to return to compliance, which is why we ended this round of talks in Vienna.”

But defiantly, the regime’s top negotiator, Ali Bagheri Kani, underlined after the latest talks broke off that Tehran “Will not back down from its demands,” including the contentious demand that the U.S. lift all sanctions before the regime would honor its commitments.

On December 1, the International Atomic Energy Agency (IAEA) sounded alarm bells by reporting that Tehran has started enriching uranium up to 20% purity at the Fordow plant. This marks a major violation of the 2015 nuclear deal, formally referred to as the Joint Comprehensive Plan of Action (JCPOA), since that deal completely prohibits uranium enrichment at Fordow. The IR-6 centrifuges are much more efficient at uranium enrichment than the previously used IR-1 generation.

So, where are we now? Since abruptly ending the talks over the summer, the regime bought critical time by imposing a five-month hiatus in negotiations. During this time, it increased the depth and breadth of its nuclear activities. In addition to the latest alarming breach, Tehran began producing enriched uranium metal, a move that advances its nuclear weapons program. Just last month, the IAEA said Iran has continued to increase its stockpiles of enriched uranium and remains in violation of its deal with world powers.

Vienna talks failing shows again that #Iran’s regime, using appeasement, plunged talks into cycle of deceit to buy time & make the bomb. Khamenei’s fate is tied to his nuclear program, another reason why Raisi was selected president. This cycle must be ended with a firm approach

In the meantime, Tehran is clearly stalling time as it continues to dig its heels in maximalist and unworkable positions, like the lifting of all sanctions, while making fresh impractical demands. At the same time, the mullahs have threatened to enrich uranium up to 90 percent purity, another obvious attempt to blackmail world powers into granting it concessions. All this is raising doubts in western capitals about Tehran’s seriousness about the talks.

It shouldn’t be too difficult to realize by now that Tehran’s threatening actions speak louder than its diplomatic acrobatics. Speculating about its intentions only distracts from observing its behavior.

The West should not fall prey to Tehran’s longstanding pattern of nuclear blackmail while the regime marches on toward the bomb.

The fact is that the main variable in the formulation of the mullahs’ behavior is the domestic situation. The more the regime is squeezed internally, the more it sees an unavoidable need to pursue a nuclear weapon as a strategic must for survival. Western counterparts should realize that for a regime whose concern is not the Iranian people’s well-being economic incentives ring hollow. Instead, the mullahs are scrambling to find a way to curb a rapidly rising wave of dissent at home, which is precisely the primary driver for Raisi’s emergence.

As Mrs. Maryam Rajavi, the President-elect of the National Council of Resistance of Iran (NCRI), has said, the mullahs’ embattled Supreme Leader Ali Khamenei has inextricably linked his regime’s fate to the nuclear program because of the domestic threat. Immersed in incurable political, social, economic and environmental crises, the ruling clerics will never abandon their nuclear weapons program.

The clerical regime is a threat to global security because of its insistence on expanding its ballistic missile program and nuclear weapons project. It poses an omnipresent threat to European communities because it is actively plotting terrorist operations in Europe. #JCPOA

Importantly, Tehran’s disturbing, but all too familiar, the pattern of nuclear blackmail is fed by a vicious cycle of appeasement. Increasing violations and threatening behaviors have been practically rewarded by complacency and concessions.

A more responsible policy would match the regime’s violations with a more decisive policy that meaningfully curbs its activities. The only practical solution is to re-impose the six UN Security Council resolutions that have been suspended, dismantle the regime’s nuclear sites and enrichment completely, and conduct anytime, anywhere inspections. Anything nourishes a crumbling theocracy while reinforcing dangerous illusions in the West.

Iran nuclear deal crisis: Who is to blame?
Previous article
Iran News in Brief – December 7, 2021
Next article
Lawmakers on a European Parliament Conference Call On EU To Recognize the 1988 Massacre in Iran as Genocide and a Crime Against Humanity