Iran 1988 Massacre: Prisoners Were Beaten and Whipped for Refusing to Pray to a God They Claimed to Follow 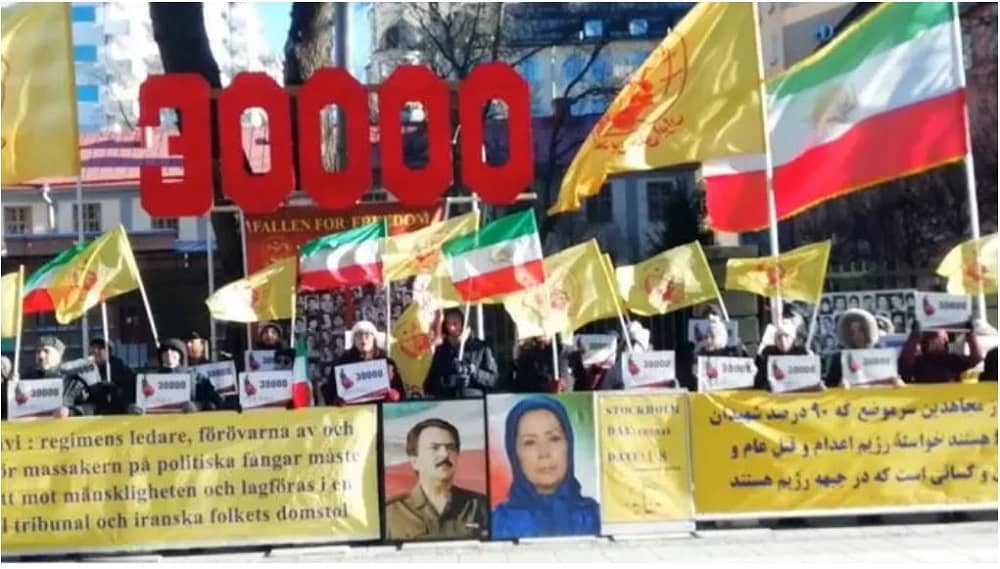 On Friday, February 18, the Court of Stockholm in Sweden held its 67thsession for Hamid Noury, a prison deputy prosecutor who observed, assisted, and executed death sentences during the massacre of political prisoners in 1988 in Iran.

The witness, Mohammad Izadjou, testified that Hamid Noury and Davood Lashkari separated several prisoners from the queue before taking them to death row, where they would be immediately executed.

The witness was arrested on January 16, 1983, at the age of 19. He was transferred to Ward 209 of the notorious Evin Prison. Once landed at Evin, he was tortured and interrogated. A practice that continued so long that his legs became infected, and they turned black up to his knees. After enduring solitary confinement and lengthy interrogations in October 1983, the witness was sentenced to eight years imprisonment by a so-called court in Evin Prison based on eight charges in the indictment.

Among the charges against him were “collaborating with the People’s Fedayeen Guerrilla Organization of Iran,” “calling on the people to revolt against the Islamic Republic of Iran,” and ‘trying to coordinate between the ‘counter-revolutionaries’ and popular protest movements.”

Mohammad Izadjou spent four years in various prisons. In February 1988, a few months before mass executions began, he along with a group of prisoners on hunger strike were transferred to Gohardasht Prison.

During the hearing at Stockholm Court, Izadjou said that he heard about the executions from a fellow prisoner, Hamid Nasiri, through Morse code at 6:00 AM on August 31. He said Hamid Nasiri was hanged on that very same day.

The same day, the witness himself was taken to the ‘Death Commission’, involving Hossein Ali Nayeri, Morteza Eshraqi, and Mohammad Moghiseh (aka Naserian). Mr. Izadjou said he refused to answer questions from the “Commission” as he found them to conduct an “inquisition”. He was flogged 40 times that day for failing to pray to the God the regime claims to believe in. According to the witness, one of the interrogators, Mohammad Moghiseh), had quoted the regime’s leader that ‘apostates and those who wage war against God should not survive’ and that ‘we would beat you so hard that you either become a Muslim or die .’”

Izadjou recalled Naserian as the assistant and director of the prison, Lashkari as the supervisor, and “Abbasi” or Hamid Noury as the assistant prosecutor of Gohardasht prison. The witness stated he has seen the defendant several times with other officials. Particularly at the height of the massacre, he witnessed that the defendant took the prisoners to the amphitheater, the place where political prisoners were hanged.

Izadjou also testified that he, along with a group of prisoners who had escaped execution, were whipped and severely beaten while naked. Even though they were promised to be released on February 24, 1988, they were asked to participate in a staged rally in front of the UN office in Tehran. As he and 20 other detainees refused to march, they were sent back to Evin Prison. Eventually, on March 13, 1989, the witness was released.

Previous article
Why Was the Internet Protection Bill Approved with Such Haste?
Next article
Iran News in Brief – February 25, 2022