Criminal Sentences of Death, Flogging, and Imprisonment for Three Brothers for Participating in the Kazerun and Shiraz Uprisings 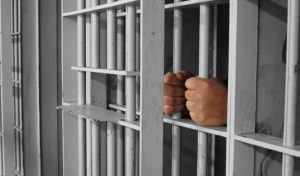 The clerical regime’s judiciary has sentenced three brothers to death, imprisonment, and flogging for participating in the Kazerun and Shiraz uprisings.

The three brothers are accused of “membership in opposition groups,” “participation in dissident groups’ rallies and activities,” “writing slogans,” “propaganda activities” against the regime, “insulting the leader (Khamenei) and regime officials,” “encouraging people to revolt, rebellion, and to beat” regime agents, and engage in “Moharebeh” (waging war against God)”

Mrs. Maryam Rajavi, the President-elect of the National Council of Resistance of Iran (NCRI), called for urgent national and international action to stop the execution of Navid Afkari and called on all compatriots in Fars, especially the brave youth of Fars and Kazerun, to protest against these criminal rulings. She said: With these sentences, the ruling religious fascism is seeking to retaliate against the courageous residents of Kazerun and Shiraz for rising up in April, May and August 2018 as well as in November 2019, which shook the regime to its core.”

Mrs. Rajavi urged the United Nations to take immediate action to compel the regime to rescind all death sentences issued to intimidate the public and to thwart protests and uprisings by the outraged citizens. She also reiterated on the need for an international fact-finding mission to visit Iranian prisons and meet with prisoners, especially political prisoners, and detained protesters.